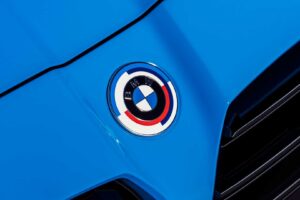 This is a big year for BMW. The automaker is celebrating 50 years of its M division, and it’s got a lot to show for it. The automaker launched the first official M3 Touring wagon earlier this week, and it won’t be the only new M car set to arrive in 2022. During the wagon’s reveal at Goodwood, the BMW M bosses let slip that another special M car is coming later this year, according to BMWBlog.

BMW is likely talking about the M Hommage car we heard about last month. The new M model will allegedly be a hotter version of the M4 CSL, but with serious upgrades. The report alleged that BMW would give the car a bespoke body focused on aerodynamics. It would even include active aero bits. However, BMW won’t change any of the hard points underneath its new body.

We expect BMW will give the new M car yellow Matrix headlights, lightweight wheels, and other adjustable bits such as the anti-roll bars and shock absorbers. The car should look exceptional like the others, but you shouldn’t expect wild wings or side-exit exhaust pipes.

Rumors suggest that the new Hommage will deliver 600 horsepower (447 kilowatts) and 516 pound-feet (700 Newton-meters) of torque. BMW will route the power to the rear wheels through an eight-speed ZF gearbox. Don’t expect all-wheel drive because that will add weight.

With June almost over, each day brings us closer to the new M Hommage. The car will allegedly go on sale for €600,000, and you likely won’t be able to get one. BMW plans to produce just 50 examples. It’ll be a nice cap to a massive year for the brand. BMW M has been a benchmark many other automakers have tried to meet, and we’re excited to see where the brand goes over the next 50 years.