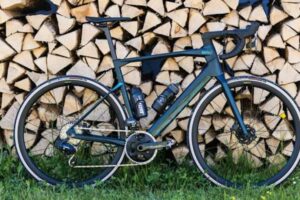 BMC is known for its performance-oriented road and mountain bikes, and has made quite a name for itself in the world of racing over the years. As is the case with nearly all mainstream bike makers, BMC has also begun embracing the electric bicycle revolution, and has released a new performance electric road bike in the form of the Roadmachine AMP.

Designed as an endurance road e-bike, the new Roadmachine AMP is perfect for sporty riders who want to go the extra mile—or a couple dozen—with an electric assist. The bike is modeled after the Roadmachine endurance bike, down to the geometry, which focuses on a more comfortable riding position, as opposed to a lower-slung, racer stance. As for the frame’s construction, BMC has done an excellent job in keeping things lightweight. 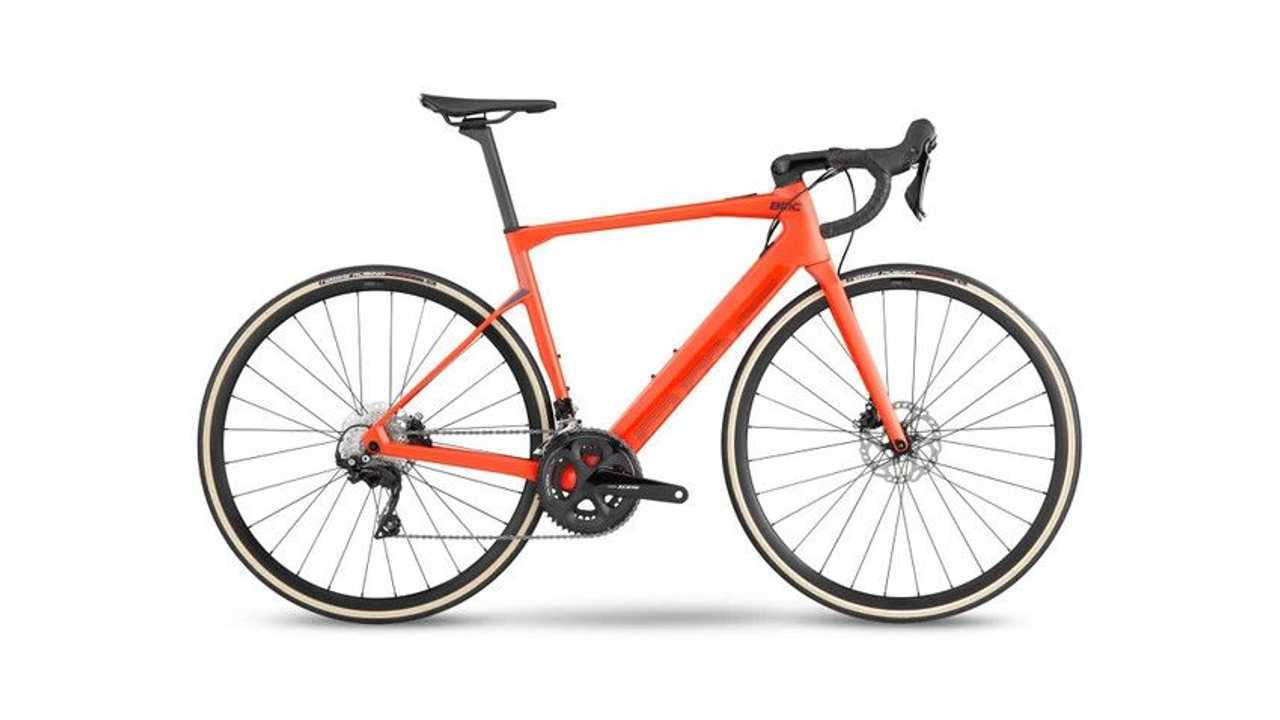 The Roadmachine AMP is only 60 grams heavier than its non-electric counterpart. When coupled with its new Mahle X20 rear hub motor, battery pack, wiring, and controller, the whole bike tips the scales at just 11.8 kilograms—lighter than some entry-level alloy-framed road bikes. The strongest selling point, and the driving force behind the Roadmachine AMP, is the new Mahle X20 electric motor. Equipped with AI technology, the X20 motor can learn the way you ride, and adapt the way it delivers assistance in a way that best suits your riding style. This results in what BMC claims to be a consistent and natural feel.

The Mahle X20 motor works in conjunction with a bottom bracket that measures both cadence and pedal power in watts. The system’s sophisticated software makes instantaneous calculations to deliver just the right power assistance. The X20 motor claims an output of 55 Nm of torque and is capable of propelling the electric bike to a top speed of 25 kilometers per hour (15 miles per hour), per European restrictions, or 20 kilometers per hour (12.5 miles per hour), if you’re buying it in the U.S. 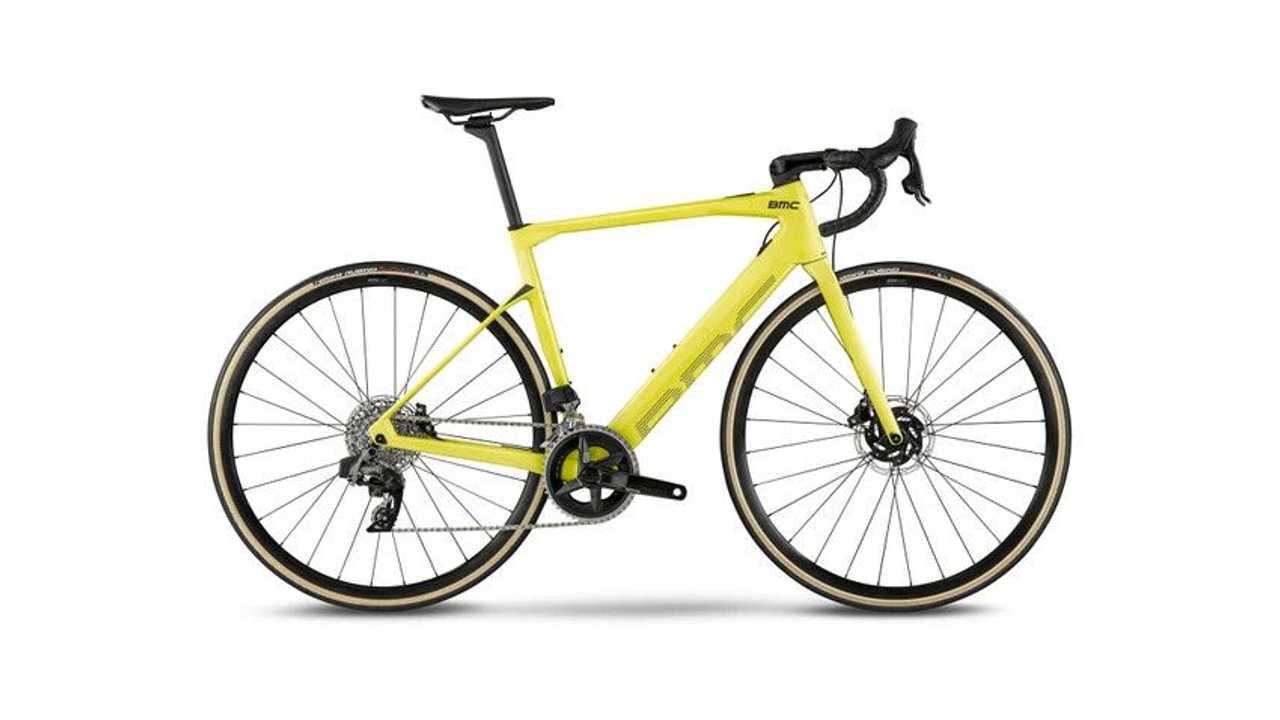 As for the battery, the BMC Roadmachine AMP has its battery pack integrated into the frame’s downtube, making for an incredibly sleek and streamlined aesthetic. In fact, when placed beside its non-electric counterparts, it can be easy to miss the fact that the Roadmachine AMP is indeed electrically powered. BMC says that you could charge the battery up to 80 percent in just two hours, while a full recharge will take around four hours. Firmware updates to the bike can be downloaded online and installed to the bike via a USB port on the charger, too.

As for the range, the total distance the new Roadmachine AMP can cover will certainly be dependent on a multitude of factors—not least of which would be the amount of assist you use, as well as your overall riding style. Given the bike’s AI capabilities, the control unit will adapt differently to all types of riders, and as such, will return varying mileage. As a baseline, though, BMC claims that a 94-kilogram rider on flat roads, using the bike’s full assist mode, could achieve a range of around 136 kilometers, or 85 miles, on a single charge—not too shabby. As for pricing, in the U.K., the Roadmachine AMP comes in three variants, with the base AMP THREE retailing for £5,700 ($6,857 USD). The mid-range AMP TWO goes for £6,700 ($8,060), while the top-of-the-line AMP ONE will set you back a juicy £7,600 ($9,143).