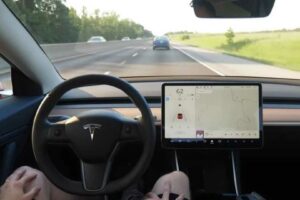 Back in January 2022, we told you about Dan O’Dowd, the CEO of Green Hills Software, who ran a New York Times ad claiming Tesla’s Full Self-Driving (FSD) Beta would kill millions of people. Since then, O’Dowd has been engaging in plenty of back and forth with Tesla fans, owners, and investors on social media.

Meanwhile, Tesla CEO Elon Musk has noted that the FSD Beta software is now active in over 100,000 cars. To date, we’re not aware of the software killing anyone, nor even injuring anyone. As far as we understand, there hasn’t yet been a notable accident blamed on Tesla’s FSD.

Nonetheless, O’Dowd is upping the ante. According to a recent report by Electrek, the billionaire now has a Senate campaign underway in California. The interesting part here is he has said publicly that his campaign revolves around a single issue, Tesla’s Full Self-Driving Capability.

O’Dowd recently participated in an interview with Politico entitled “Tech mogul on his quixotic Senate bid: It’s not just about eviscerating Elon Musk.” He shared that his single-issue campaign will include only talk about Tesla, as well as power grid security, water treatment plants, and cyber attacks.

O’Dowd made it clear how he feels about Tesla’s FSD Beta. According to the self-described billionaire who runs a competing software company, Tesla’s technology fails constantly and is “unbelievably bad.” He believes it should be immediately banned from US roads.

Tesla fans, owners, and investors have noted that O’Dowd is cherry-picking old video clips with no context. Moreover, he is running the clips as part of his video ad campaign, though he hasn’t requested permission from any of the video makers, and some of them are on camera in the video clips, which they believe O’Dowd must have permission to publish. Check out his first campaign ad below, It’s entitled “Unsafe at Any Speed”: