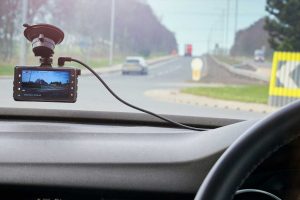 The RAC is advising motorists to ‘always drive as if you are being watched by the police’ after forces received 32,370 dash cam clips in 2019

Police are receiving an average of 89 dash cam clips of alleged motoring offences every day, with motorists being urged to ‘always drive as if you are being watched by the police’.

The footage received by police forces covered a variety of motoring offences, including dangerous driving, careless driving or driving without due care and attention, driving too close to cyclists, contravening red traffic lights, contravening double white lines, contravening ‘no entry’ signs, illegal use of a handheld mobile phone and evidence of vehicles apparently without MOTs.

RAC road safety spokesman Simon Williams said dash cams are a “game-changer”, with drivers able to easily submit clips to the police without a road traffic officer needing to have witnessed the incident.

He added: “As so many drivers and cyclists are now using dash cams and helmet cameras, every road user needs to be very conscious that any of their actions that aren’t in accordance with the law could end up with the police. Some will inevitably find this out the hard way while others will hopefully become increasingly mindful of it.”

Want to turn your smartphone into a dash cam? These are the best apps for the job…