Home » Car Reviews » Best Renderings For The Week Of May 30

Best Renderings For The Week Of May 30 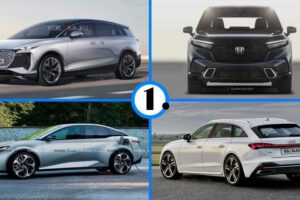 The 2023 model year will bring a generation change for the CR-V. It won’t debut until this summer, but this rendering predicts a radically new design language compared to the outgoing SUV.

Toyota is shifting its EV transformation into a higher gear with seven electric vehicles under the bZ moniker. This rendering proposes a design for the bZ5, which will be a midsize sedan similar in size to the Tesla Model 3.

The Urbansphere concept hinted at a futuristic autonomous luxury people hauler from Audi. This rendering takes the concept as a base and turns it into a production model with slightly toned-down design language.

With the global automotive market currently being dominated by SUVs and crossovers, it’s refreshing to see a good-looking station wagon. Audi will launch the new A4 – together with an A4 Avant – later this year powered by the last generation combustion engines to come from Ingolstadt.