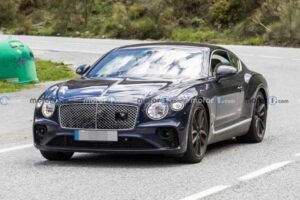 The Bentley Continental GT is the next model from the luxury brand to get an electrified variant. These spy shots from Motor.es catch the plug-in hybrid Conti on the road with seemingly no camouflage on the body. A badge on the side adds an extra layer of mystery to this vehicle, though.

This Continental GT looks identical to the existing variants other than the square-shaped opening on the right side of the grille. Its lens-like shape suggests that this is a sensor for advanced driving assistance systems. According to Motor.es, the charging port is under the cover on the rear fender. 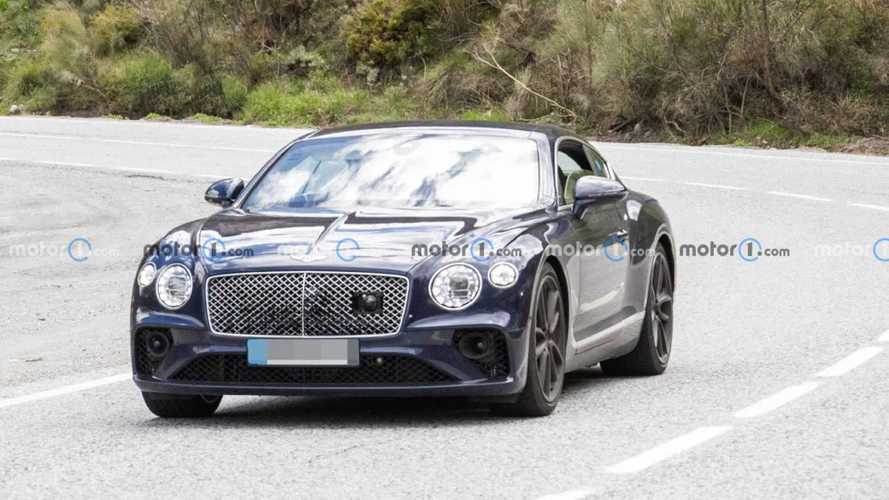 What’s weird is that the vent just behind the front wheel has the “12” logo. This would usually indicate that this particular Continental GT has the twin-turbo 6.0-liter W12 engine. This is surprising because the plug-in-hybrid versions of the Bentayga and Flying Spur use turbocharged V6 powerplants.

Since this is a development vehicle, we can’t rule Bentley cutting up a W12-powered Continental GT for testing the PHEV powerplant and just leaving the 12-cylinder badges on the body to keep people guessing.

We first heard rumors of Bentley working on a Continental GT plug-in hybrid last year. At the time, the company reported that customers were asking for a variant of the coupe with zero-emissions capability.

There’s no indication yet when Bentley intends to unveil the PHEV Continental GT.

In early 2022, Bentley announced a £2.5-billion investment into UK operations over the next 10 years. The expenditure is funding the automaker’s plan to produce its first electric vehicle in 2025. By 2030, all of the company’s products would be EVs.

The EV coming in 2025 reportedly takes advantage of the innovations from Audi’s Artemis project. This undertaking is developing a platform for highly automated electric vehicles. After this architecture is ready, other brands that belong to the Volkswagen Group would have access to it.

Bentley CEO Adrian Hallmark already confirmed the electric model would be an SUV.