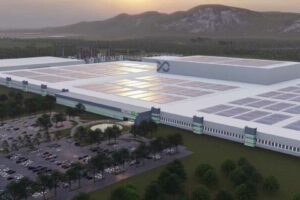 The Associated Press recently interviewed Redwood Materials CEO JB Straubel, and while there’s plenty of fascinating information that can be learned from the interview, the profitability of battery recycling caught our attention.

As you may already be aware, JB Straubel left Tesla to work on a new project. At first, it seemed Redwood Materials would be strictly focused on battery recycling, which will soon become a very important industry. However, Straubel has made it clear that there’s much more in store for Redwood Materials going forward.

That said, it’s likely going to be a long time before Redwood is a profitable company. Much like Tesla was years ago, Redwood is entering into relatively uncharted territory, and it will spend a great deal of time growing and reinvesting. However, Straubel says the actual operation of recycling the batteries is already a money maker. AP News asked Straubel if Redwood is already selling recycled materials to make money. The CEO shared:

“We are. We’re not profitable yet because we’re growing so quickly and we’re reinvesting and will be for quite a few years. But the actual operations of recycling these batteries, that is profitable today. There’s really a quite a hunger for these materials.”

More specifically, AP was asking whether it makes sense to get the cooper out of an electric toothbrush and sell it. If you think about it, most people not only throw away batteries, but also throw away items like electric toothbrushes when they no longer work well. In response to the question, Straubel explained:

“Actually, it is. It’s not just copper. Lithium-ion batteries are one of the highest value materials to recycle of modern consumer goods. They’re just difficult to do, and it’s quite tricky to get all those valuable elements out.”

The CEO said that while there are definitely ways to profit from battery recycling, it’s also very important to keep such materials out of landfills. Automakers are making the shift to EVs as part of a global effort to help slow down climate change. However, if there are hazards related to the excess of unrecycled battery materials in the future, the attempt to solve one problem will have resulted in the creation of an arguably bigger problem.

For more details from the recent interview, follow the AP News source link below. Once you’ve had a chance to check it out, leave us your thoughts in the comment section. In the meantime, check out Straubel’s earlier Bloomberg Technology interview below: