Banned UK number plates: the 20-plate car registrations too rude for the road 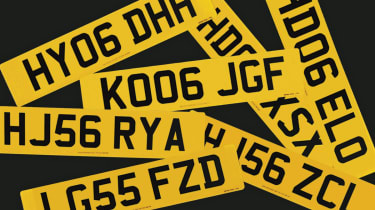 M20 RON, BU20 GER and A20 RSE are just three of the new 20-plate registrations that will never see the light of day, with the Driver and Vehicle Licensing Agency (DVLA) having released the latest list of number plates that are just too rude for the road.

Deciding which number plates need to be suppressed every six months is something the DVLA takes very seriously. The task isn’t left to a computer, but instead is the result of a bi-annual meeting as the Swansea-based public body, where experts carefully examine every potential combination of letters and numbers to ensure nothing offensive slips through.

It’s bad news for anyone who wanted to reference narcotics with their 20-plate car: GA20 NJA, HA20 SH and SM20 ACK have all been blacklisted. Meanwhile, Brexiteers wanting to celebrate the UK’s departure from the European Union will be sad to see that EU20 OUT, EU20 OFF and EU20 GON are also banned from the roads.

A spokesperson from the DVLA said: “The vast majority of registration marks are made available, but the Agency withholds any combinations of numbers and letters that may cause offence, embarrassment or are in poor taste.”

Here are some other amusing 20-plates the DVLA has elected to ban.

Have you ever owned a personalised number plate? Tell us about it in the comments…