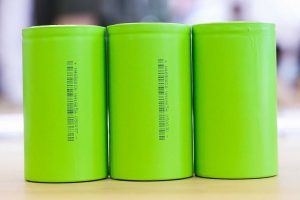 BAK Battery, one of the Chinese lithium-ion battery manufacturers, has unveiled at the 2021 China International Battery Fair (CIBF) exhibition an all-new 4680 cylindrical cell, which is the first cell of this type in China.

The company is one of the Chinese pioneers of cylindrical batteries so the push for the 4680-format (introduced by Tesla at the Tesla Battery Day) is probably a natural next step.

According to Chinese media, BAK Battery was working on a cylindrical cells bigger than 2170 (aka 21700) for quite some time and already offers 32105 and 32140 models (tabless design, in three versions: NCM, LiFePO4 and LiMn2O4).

Thanks to low heat losses (tabless design “dramatically” reduces the internal resistance of the cell), it’s possible to achieve a power output of 1 kW, which translates to high charging speed (like 10C). It means that a car with a range of 600 km (373 miles) could replenish 400-500 km (250-300 miles) of range in 10-15 minutes, depending on the charging system.

The goal for this year is to start batch production of 4680 cells and offer samples to customers from the automotive industry and high-end electronics market.

Next year, the company hopes to start mass production at its plant in Zhengzhou, China.

It will be very interesting to see whether Tesla will order those cells for its cars in China or whether other manufacturers will switch to 4680 cells.

This and next year we will probably see multiple competitive models of 4680 format, with various chemistries. The race has just started and we don’t yet even know full grid.