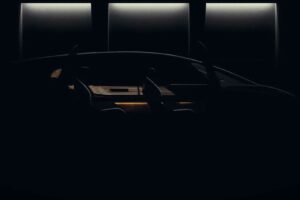 A very dark teaser image gives us a fresh glimpse of the Audi Urbansphere concept. It has a full debut on April 19.

Turning up the brightness on our screen reveals a few details about the Urbansphere. The vehicle appears to have a long, steeply raked windshield that leads to a short front end. The roof is quite long and flat. 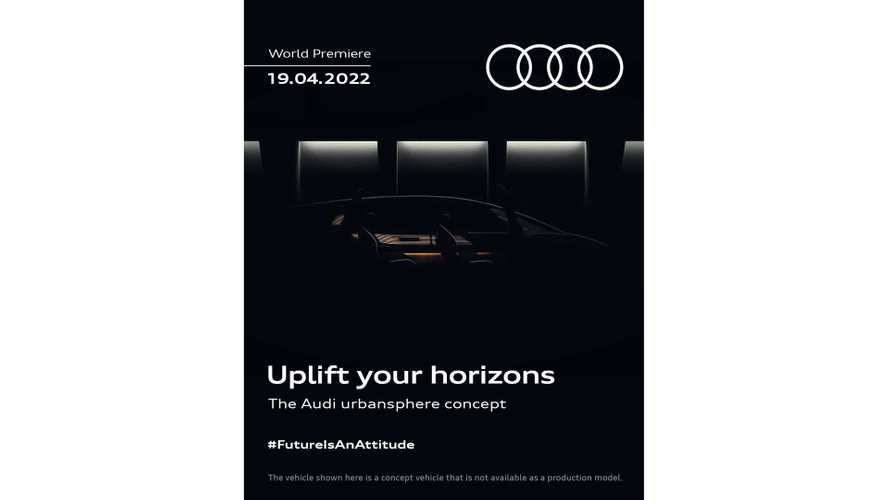 The model seems to have suicide doors that open to reveal horizontal strips of light. Amber-colored ambient lighting decorates the lower portion of the cabin. Two rows of seats are visible.

Audi’s Facebook post doesn’t give much away about the Urbansphere. “Progress from the inside out. Get ready to meet the immersive third sphere, the Audi Urbansphere concept.”

Audi’s previous teaser for the Urbansphere (above) gave us a drawing of the concept. However, it shows some details that aren’t visible in the new photo. The nose is blunt, and there’s a thick pillar at the rear of the body.

In the video that explained the ethos behind each concept, the company described the Urbansphere as a “private space in an urban environment.” It outlined the model as being “digital,” “social,” “involving,” and “perfectly centered around you.”

The Urbansphere is the third member of Audi’s sphere series of concepts. Their purpose is to show different aspects of the future of autonomous motoring.

The Skysphere was the first of them. It’s a low-slung grand tourer with a neat trick. Drivers could hit a button and shorten the wheelbase by nearly 10 inches. In the shorter setting, the vehicle would become more nimble. During autonomous motoring, the steering wheel and pedals retract to maximize the interior space.

Next, there was the Grandsphere concept. It’s a big sedan that measures 17.6 feet long. Audi describes the model as being a “private jet for the road.” There aren’t traditional screens inside the vehicle. Instead, the display projects onto the dashboard’s wood surface. The rear of the center console has a place for a plant to grow. Like the Skysphere, the wheel and pedals go away during autonomous driving.