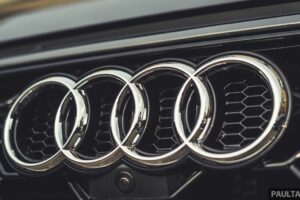 Endurance racing stalwart Volkswagen Group is drawing closer to an entry into Formula 1 as the German brand could be announcing its plans for entering the premier open-wheel racing series as soon as the Belgian Grand Prix this weekend, reports motorsport.com.

Initially rumoured to enter Formula 1 as a power unit supplier, Audi – as well as Porsche, for Red bull – confirmed their participation in Formula 1 from 2026, and the website now understands that an agreement is in place between Audi and Sauber, which currently competes under the Alfa Romeo banner.

Audi’s original negotiations involved McLaren for a takeover of team shares, with the initial contact between Audi and McLaren as well as the team’s owners facilitated by former McLaren Formula 1 racer Gerhard Berger, motorsport.com reported.

However, talks between McLaren owners Mumtalakat, the Bahrain sovereign wealth fund failed to materialise, and Sauber turned out to be Audi’s preferred candidate after the German automaker evaluated F1 teams Aston Martin and Williams. Sauber currently races in Formula 1 under the Alfa Romeo banner

Discussions between Audi and Sauber are now at an advanced stage, after Sauber owner Finn Rausing rejected an offer by Michael Andretti to buy the team for 350 million euros at the end of last year, the motorsport news site wrote.

Audi is prepared to pay more than Andretti for a smaller share of the company, and Rausing will remain on the board as a minority owner, motorsport.com cites sources as saying, along with the claimed promise to further develop Sauber as a factory team in the vein of the BMW-Sauber setup of 2006 to 2009. The plan also reportedly includes continuing to build the team’s chassis in Hinwil, Switzerland.

Another Audi-Sauber connection of note is from the past, where current Audi CEO Markus Duesmann was head of F1 powertrain at the BMW-Sauber F1 team from 2007 to 2009.