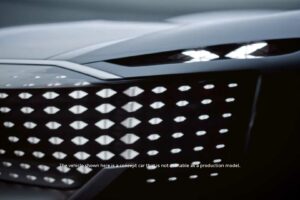 The other two important Audi concepts are the Grand Sphere and Urban Sphere.

Audi is looking back at its heritage in order to shape its vehicles of the future. It won’t simply reinterpret the design of some of its classics such as the Horch 853, but instead also try to conceive future cars with the same kind of mindset that engineers and designers of almost a century ago had when they penned the 1937 classic.

The 853’s spiritual successor is a concept that the manufacturer has yet to show – it’s called the Audi Skysphere and it’s set to be unveiled on August 10 at the brand’s new design studio in Malibu, California. It is the first of three important concepts alongside the Urban Sphere and Grand Sphere.

In the official video featuring Henrik Wenders, Senior Vice President Audi Brand, and Marc Lichte, Head of Design at Audi, the two try to set the stage for what is undeniably going to be a very exciting piece of automotive design.

They also briefly show parts of the concept, namely the front and rear fascias and it looks like they will be brimming with LED lights. The front still has a faux grille, just like many current production electric vehicles, while the rear doesn’t just have a light bar, it has a light panel and a light-up Audi logo.

The overall shape is clearly that of a grand touring coupe, that features a long front section minimal overhang and a swept-back boat tail-like rear end. It’s also an open-top vehicle, although based on what the two Audi execs say in the video, this vehicle is mainly centered around the cabin, which can turn into a lounge in seconds.

In fact, this is said to be this vehicle’s party piece: the fact that it will offer occupants the ultimate luxury commodity – the ability to drive itself, thus allowing those on board to take their mind off driving when they feel inclined to do so. We are assured, however, that when you do take the wheel, the Skysphere will feel like a real sports car.