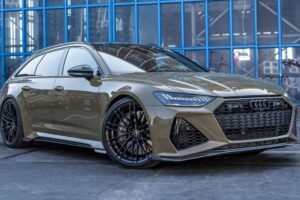 Our affection for wagons runs deep, especially if we’re dealing with a fast estate in a special color like Tactical Green. Wearing an Audi Exclusive paint job, this RS6 Avant will make you forget about all those RS SUVs carrying the Four Rings. It’s an immensely practical family car that happens to be rocking a twin-turbo 4.0-liter V8. In this case, the 4.0-liter engine has been massaged by ABT.

The German tuner took the mild-hybrid powertrain to 700 hp and 880 Nm (650 lb-ft) of torque, enabling a 0 to 62 mph (100 km/h) in just 3.1 seconds. Flat out, it should do 200 mph (322 km/h). Although not immediately noticeable, ABT also applied a subtle carbon fiber aero body kit to make the RS6 Avant look even more muscular. The brand-new speedy wagon was shot by our friend Auditography in Amsterdam to show off its many mods. 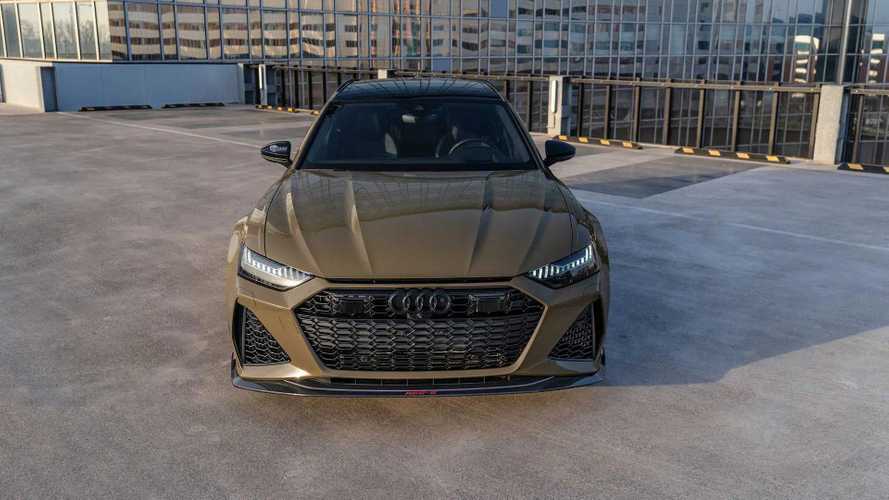 Gone are Audi Sport’s typical dual oval exhaust tips as they’ve been replaced by ABT’s quad stainless-steel setup with large 102-mm finishers that stick out from the body. Although we’re not necessarily fond of black wheels, they do go along with the dark body add-ons and badges. The RS6 Avant has been brought closer to the road by 25 millimeters (one inch) at the front and by 30 mm (1.2 in) at the rear thanks to a height-adjustable suspension.

Should 700 hp still not be enough, ABT will happily dial the RS6 Avant up to a meaty 740 hp and 920 Nm (679 lb-ft). With this Tactical Green example being built for Europe, it has the dreaded soft limiter and gasoline particulate filter (OPF) to remain street legal, but even so, the engine sounds rather brutal when the car is standing still.

You might want to enjoy the V8 music while you still can because Audi is already thinking about an all-electric RS6. The recently unveiled A6 Avant E-Tron Concept will go into production later this decade and technical development boss Oliver Hoffman has confirmed the electric A6 lineup will include performance versions.