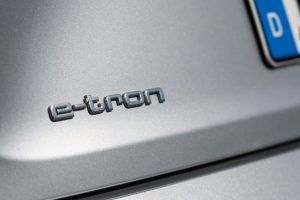 Audi boss Markus Duessman has confirmed the all-new Audi Q6 e-tron electric SUV will make its debut in 2022 and will be based on the Volkswagen Group’s new Premium Platform Electric (PPE) architecture, which Audi is co-developing with Porsche.

The Q6 e-tron will be the first Audi to sit on the PPE architecture and will share its technical make-up with the next-generation all-electric Porsche Macan. It will sit above the Q4 e-tron SUV, the first Audi to use the VW Group’s MEB platform, and will be one of more than 20 electric cars that Audi will launch by 2025.

The German brand has set the target of one third of its sales being all-electric by the middle of the decade, and the Q6 e-tron will be a key driver in Audi’s quest to achieve this goal.

The PPE platform will use an 800-volt electronic architecture and therefore be capable of providing DC rapid charging at up to 350kW. A range of more than 300 miles will also be possible; PPE is an evolution of the J1 platform that underpins the Audi e-tron GT and RS e-tron models, which offer a minimum of 298 miles (WLTP) of range in the entry-level e-tron GT.

That car’s 469bhp (523bhp available on overboost) four-wheel drive powertrain would likely find its way into the Q6 e-tron, while a more performanced-focused model could offer an output of up to 636bhp for a potential future Q6 e-tron RS.

The Q6 e-tron will go into production at Audi’s Ingolstadt factory next year, which the brand is converting to an all-electric assembly line, removing the existing equipment that produces the brand’s A3 family hatch and replacing it with production facilities to accommodate the PPE platform.

This also includes the development of an in-house battery assembly facility “in the direct vicinity of car assembly,” according to Duessman.

Following the Q6 e-tron, Audi confirmed that the first ‘Project Artemis’ model will launch in 2024. The car will be aimed at the luxury sector, spearheading Audi’s development of future electronic vehicle architecture, technology and operating systems.