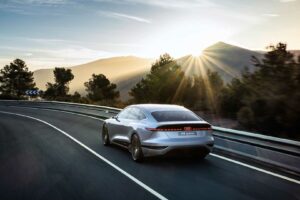 Company CEO Duesmann believes EVs will become as profitable as ICE vehicles by 2024.

Audi is one of the few automakers that have announced when they will stop developing new ICE vehicles (in 2026) and also when they will eventually stop selling ICE vehicles altogether (in 2033). That means in twelve years’ time, Audi will only sell electric vehicles, so it needs to find ways to make money from them quickly in order to guarantee its future.

But the automaker’s CEO Markus Duesmann believes Audi will start making money from EVs in just two to three years’ time. It wants to increase production by over 30 percent by the end of the decade, from this year’s expected 2-million cars sold to 3-million in 2030. And by that time, most of the vehicles it will have on offer will be exclusively battery-powered.

What CEO Duesmann is also indirectly inferring is the fact that Audi’s current crop of EVs is not as profitable as its range of ICE vehicles. And yet, since Duesmann believes just two or three more years are needed for EVs to become profitable, that means they are currently not far off – we’re not sure whether or not Audi si losing or making money on its EVs, but we’re sure it varies from model to model.

Its profit margins on the E-Tron GT and Q4 E-Tron should be pretty good, given the fact that both are built upon platforms shared with other automakers (Porsche and Volkswagen respectively). Audi has plans to add several additional EVs to its range and reach a total of 20 BEVs by 2025.

We also know that models such as the current A3 and A4 will not get a direct ICE replacement when they are eventually phased out, although they will get EV replacements. Regarding the larger A6, Audi will sell both ICE and EV versions (which will actually be two completely different cars riding on completely different platforms), and they should both go on sale next year.