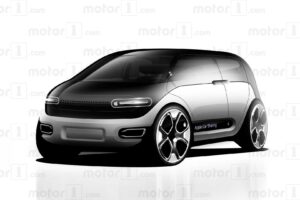 The tech giant is discussing with the two companies not only about supplying batteries, but building them on US soil.

Apple has let slip very few details about its upcoming electric car, but one of the things we recently learned about the project is the company is already in talks with battery manufacturers. They are Contemporary Amperex Technology Co. Limited (CATL for short, the world’s largest battery maker which supplies automakers like Tesla, Mercedes, Toyota, Volkswagen, Honda, and Hyundai, among others) and BYD (the world’s fourth largest automotive battery provider).

According to Reuters, Apple wants to not only reach agreements with the companies to build battery packs for their automotive project, but to also have them built in the United States. The report says CATL is reluctant to open up a manufacturing site in the US (because of some recent tensions between US and Chinese governments), but there’s also the issue of cost (higher labor rates, among other factors, would drive up the price of the batteries).

Apple was reportedly developing its own battery technology specifically for its EV, but it’s not clear if it would actually build the packs itself or have another (specialized) company take up the task. It is also known that Apple prefers lithium iron phosphate batteries that by using iron instead of nickel and cobalt end up being cheaper.

We don’t know if it’s a coincidence that this news comes shortly after US President, Joe Biden, announced America is looking to attract more EV manufacturing. The country has $174-billion ready to help accelerate the development of the electric vehicle manufacturing in the States. Apple does need to make these deals happen fairly soon if it wants to meet the 2024 deadline for the launch of its electric car.