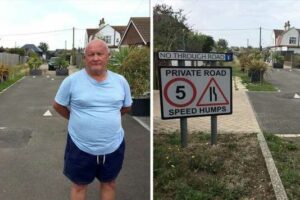 Jeremy Vine overtaken by speeding car whilst riding his bike

Adrian Kent, 65, from Whitstable, Kent, said he had no choice but to spend thousands of pounds on the speed bumps, making his road “the shortest in the country with speedbumps”. This was in a bid to stop cars speeding outside his home.

Mr Kent explained he had to try and prevent drivers from speeding down his road after his grandchildren became too scared to play outside.

He said that his neighbours also complained about their houses being repeatedly hit by stones thrown up by passing vehicles.

One neighbour’s car window was allegedly hit and broken by a stone.

Even lorries were said to be spotted pelting down Mr Kent’s street. 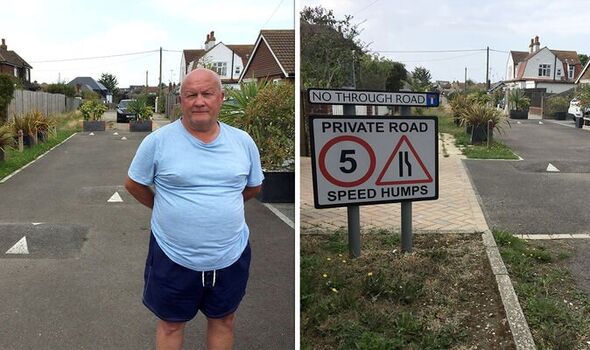 To make it safer for children to play on the road, Mr Kent and a neighbour spent £8,000 on new speedbumps to be put along the 100-yeard stretch of road. Other neighbours were not inclined to share the cost.

Tarmac and speedbumps were then laid on the previously dirty road, with homeowners being responsible for its upkeep, instead of the local council.

The road is a 5mph zone but Mr Kent and his neighbours said that cars were hurtling alone it at speeds of up to 40mph.

He said: “People were happy to tear down it at 30 to 40mph. A neighbour’s car window was smashed by stones flicking up and some of the stones are quite big. 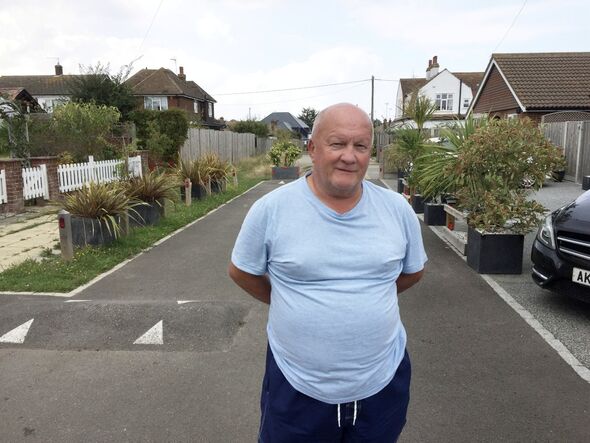 “We’ve even had a car transporter through here. We moved here in 2018 and by 2019 we thought we would try to do something about it.

“I thought if we were to repair it we would do a permanent surface so we decided to put the bumps down.

“We spoke with the neighbours and they agreed but they weren’t interested in paying.”

Residents have since joked about the speed bumps, with one writing on Facebook: “Is the shortest road in the country with speed bumps?”

Another said: “Must have a councillor living in the street.”

One resident, however, praised Mr Kent for his decision. She said: “We live close-by and have witnessed, prior to these changes to the road layout, two or three occasions where delivery drivers have nearly hit the children from Swalecliffe Primary School as they walk home.

“The road was often used as a cut-through and was becoming more dangerous by the day. I can only thank the homeowners for making this safer for the children and other pedestrians at their own expense.”

However, the road has changed again since the installation of speed bumps. Following an incident with a cement mixer, which hit one of the bumps and spilt its load all over the street, Mr Kent said it was “a waste of time and money”. 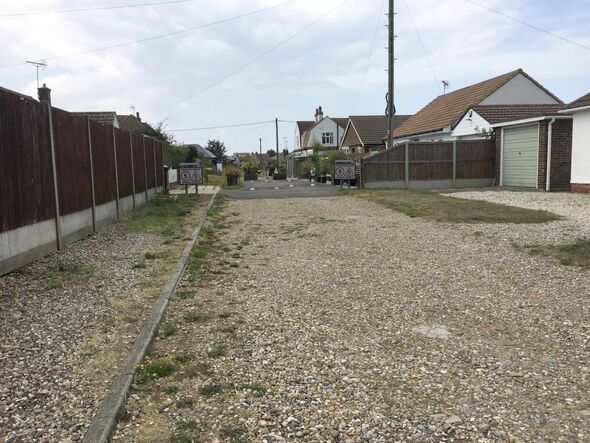 The 65-year-old therefore retorted to stricter measures: he blocked off part of the road with planters, which Kent County Council Highways, the fire service, and the police have said nothing about.

The planters have since been a success. “It’s lovely and quiet now,” Mr Kent explained.

“It has given us long-term stability over the road surface and it is safer.”