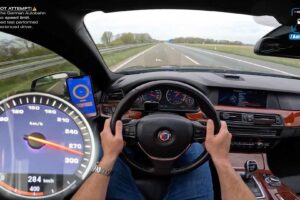 Alpina’s recipe for tuning BMWs puts a focus on increasing the models’ performance with a focus on making them more suitable for the road, rather than a racetrack. As a perfect example of this upgrade philosophy, watch this video of an Alpina D5 on the autobahn.

Specifically, this is an Alpina D5 Bi-Turbo from the F10 generation of the BMW 5 Series. Alpina offered this model from 2011 to 2016. It was available in both sedan and wagon body styles. 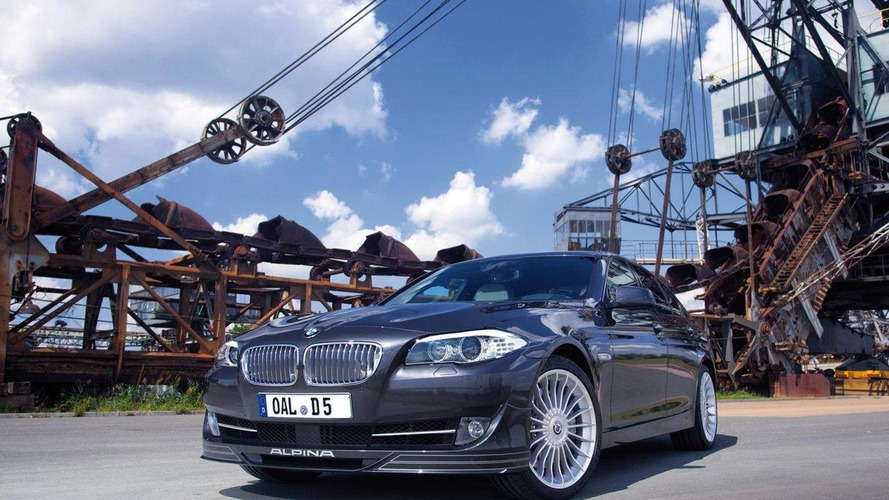 With such a mountain of torque, the D5 shows off its effortless acceleration in this video. Wherever the engine is in the rev range, putting down the throttle results in a rapid increase in velocity.

Unlike most videos from AutoTopNL, we don’t get a good look at the phone app to see the times for how quickly the Alpina actually accelerates.

It looks comfortable to drive the D5 at high speed. The sound from the engine is subtle yet makes a brawny noise during acceleration. The cabin seems fairly quiet even while driving at speeds that would result draw the ire of the police in most parts of the world.

The digital speedometer shows this Alpina eventually reaching 284 kph (177 mph). The car was still gaining speed, albeit slowly, so a little more velocity might have been possible.

Pending antitrust approval, Alpina is becoming part of BMW. As part of this plan, Alpina gets to continue to build modified BMW models through the end of 2025. After that, the firm’s future is still a mystery. The tuner stops making vehicles at its Buchloe, Germany, facility, though.