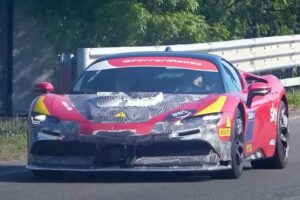 A new prototype has been spotted testing in Maranello for the first time, courtesy of YouTube’s Varryx. And yes, we’re not talking about another Purosangue test vehicle, but rather an SF90 Stradale that’s curiously concealed on certain areas and a few visible modifications.

What is this Ferrari SF90 Stradale prototype exactly? Information are scarce at this point but according to the one who spotted the vehicles, it’s going to be a hardcore version of the SF90 that will bear the VS name, which stands for Versione Stradale. It will allegedly be coded F173 VS. 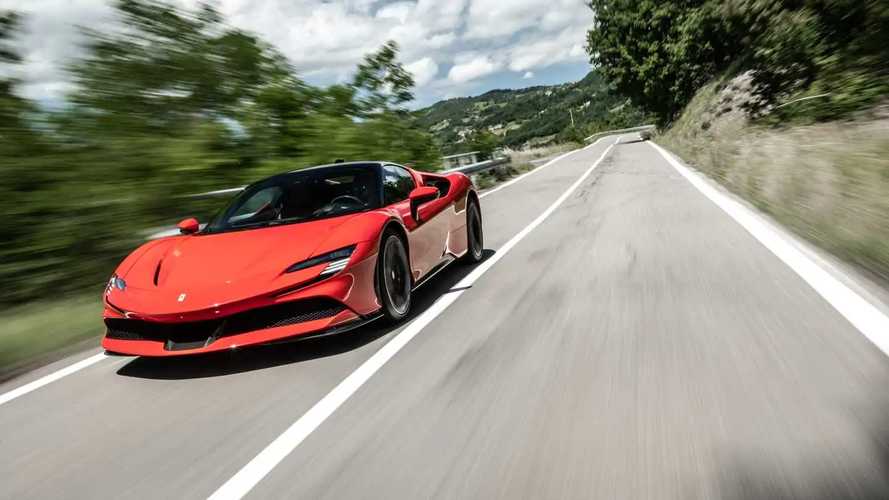 The previous Prancing Horse that wore the VS name was the Ferrar 812 VS, which later formally carried the 812 Competizione moniker. It came with a uptuned V12 that makes 830 horsepower, which makes it the most powerful pure combustion engine Ferrari up to date.

This begs the question – what can we expect from the F173 VS or the SF90 Stradale VS? This will remain a mystery for now, though we can expect its arrival by 2023 or later if we’re to believe the information gathered by the video uploader.

On that note, the prototypes seen here are seen with exterior modifications, such as a hole on the hood (a la Ferrari 488 Pista) that’s covered by a metal panel. The yellow stickers confirm the hybrid power unit inside the vehicle. There will also be a wing (not seen on the prototype) plus mic’ed up dual-exhaust tips on the red test unit.

And yes, there are apparently four SF90 mules seen roaming around Maranello, with black, silver, and yellow joining the red example. Interestingly, the black prototype comes with a sticker at the back that says “No Mulo,” which roughly translates to “No Mule.”