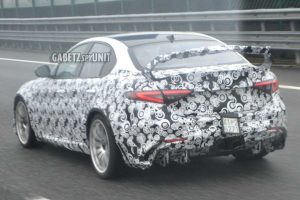 Alfa Romeo hasn’t flourished the way most Alfisti would’ve wanted following FCA’s billion-dollar Giorgio platform, with sales of the Giulia and Stelvio failing to reach the desired expectations. That’s not to say the sporty sedan and SUV are disappointments, but in such a competitive market, Alfa needs to recapture some of the lost magic to really move the needle. This hardcore Giulia GTAm is one way to spice up the lineup.

Originally revealed at the beginning of March, the two-seat sedan has been caught out in the wild testing on a rainy day. Motor1.com friend Walter Vayr stumbled upon this wild-looking prototype on a highway near FCA’s Balocco Proving Ground in Italy. We usually don’t talk about spy shots after the car has been revealed, but we couldn’t pass up the opportunity to share these images with Alfa Romeo’s wild Giulia. 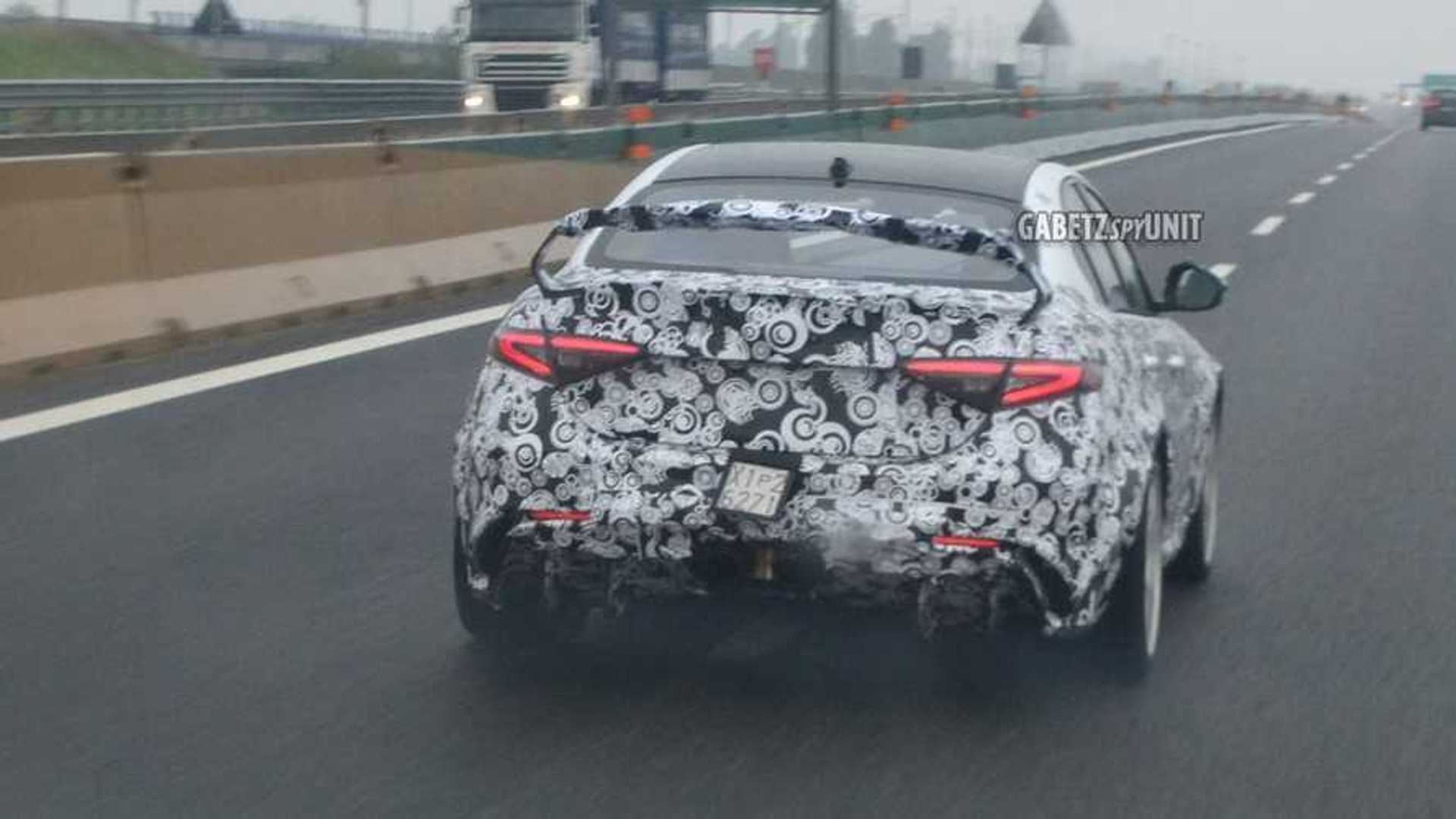 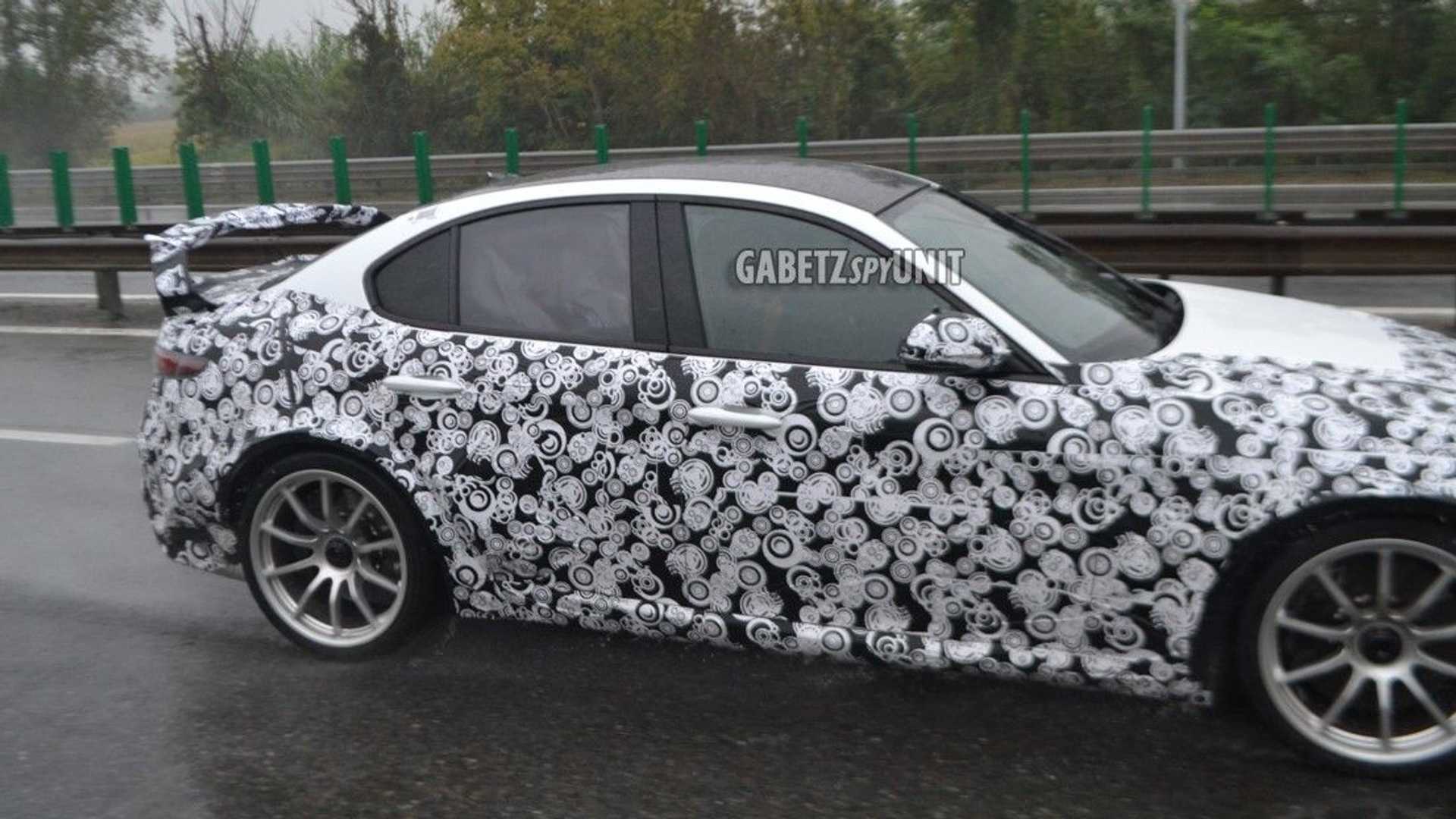 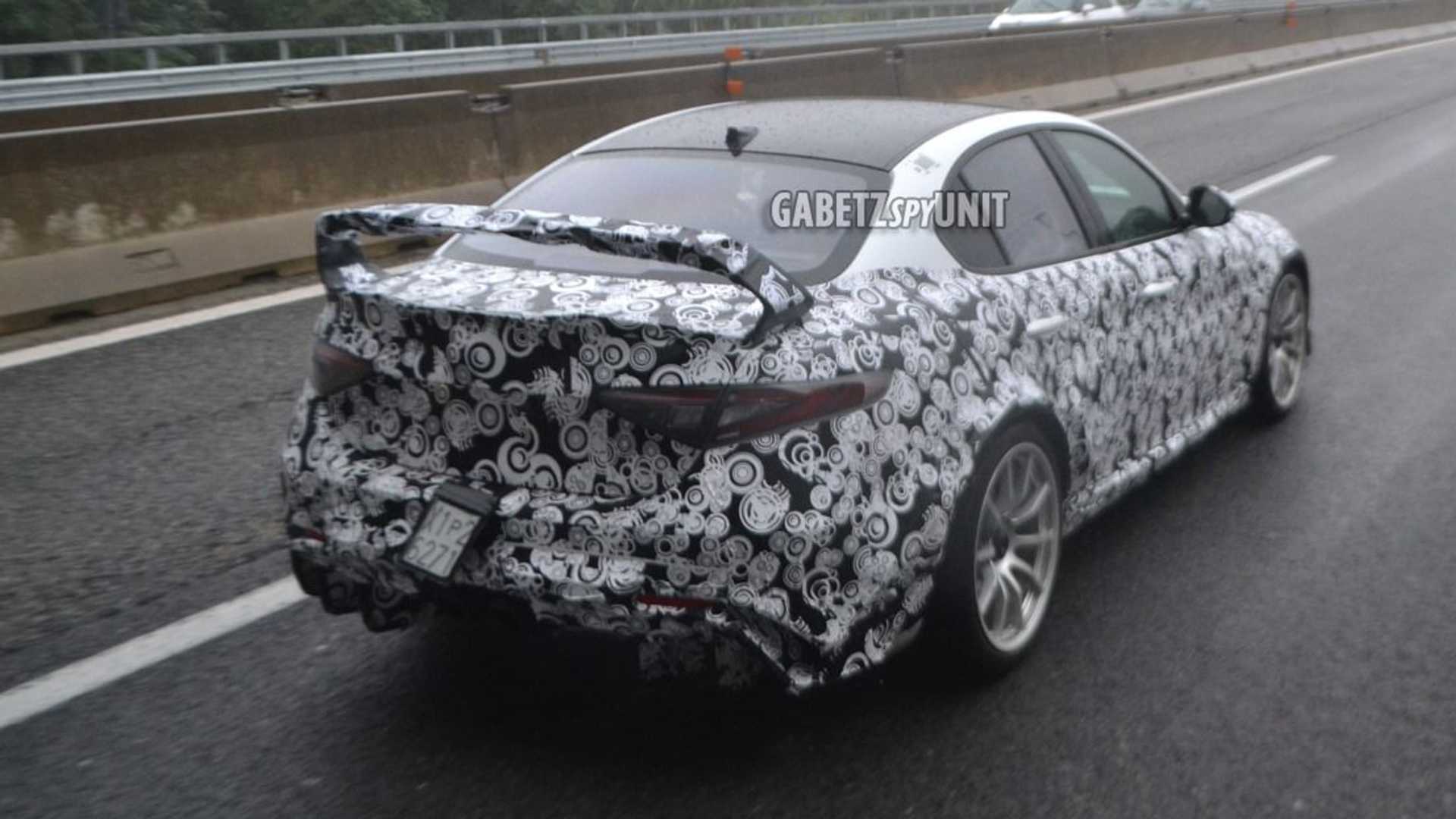 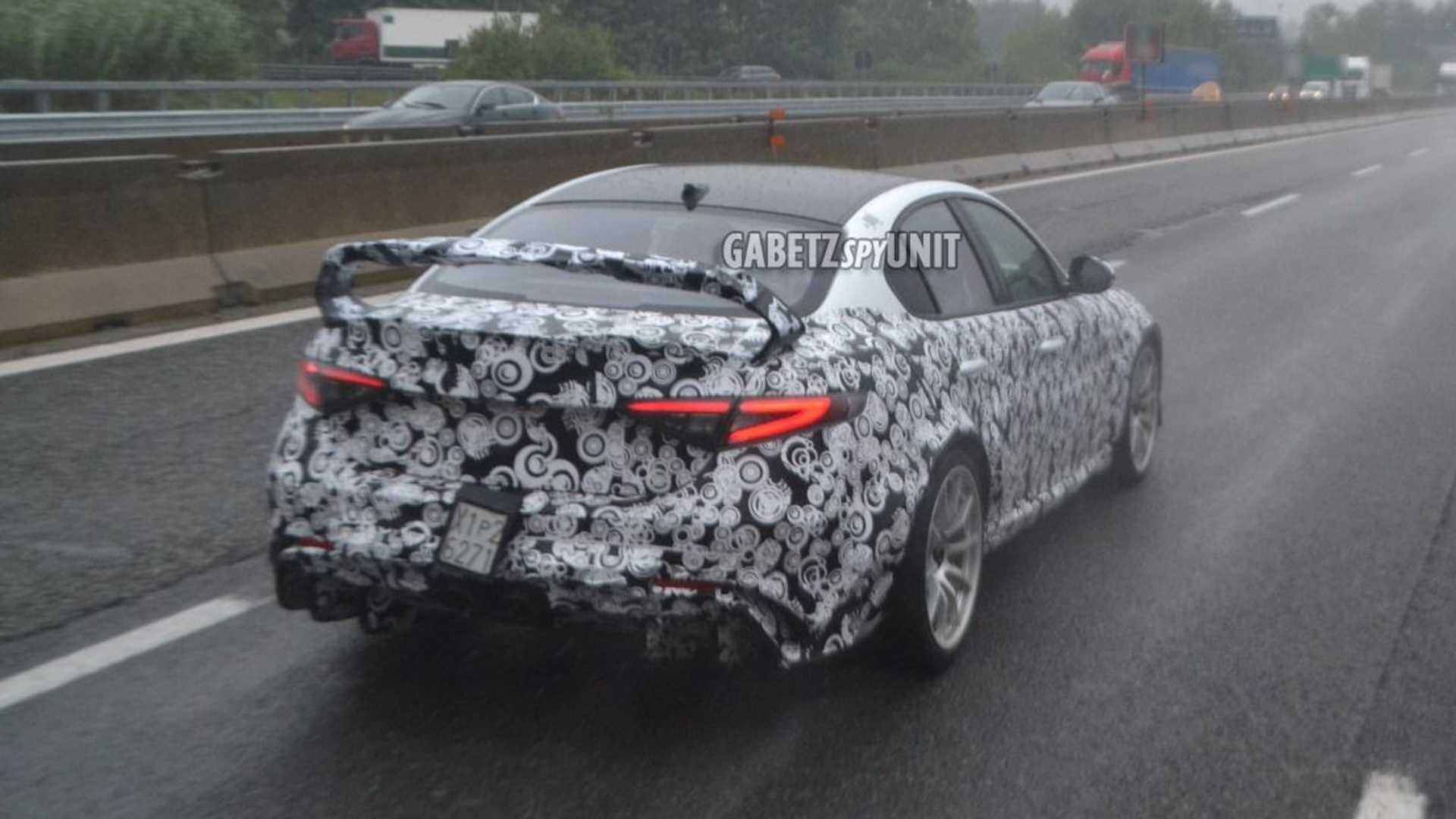 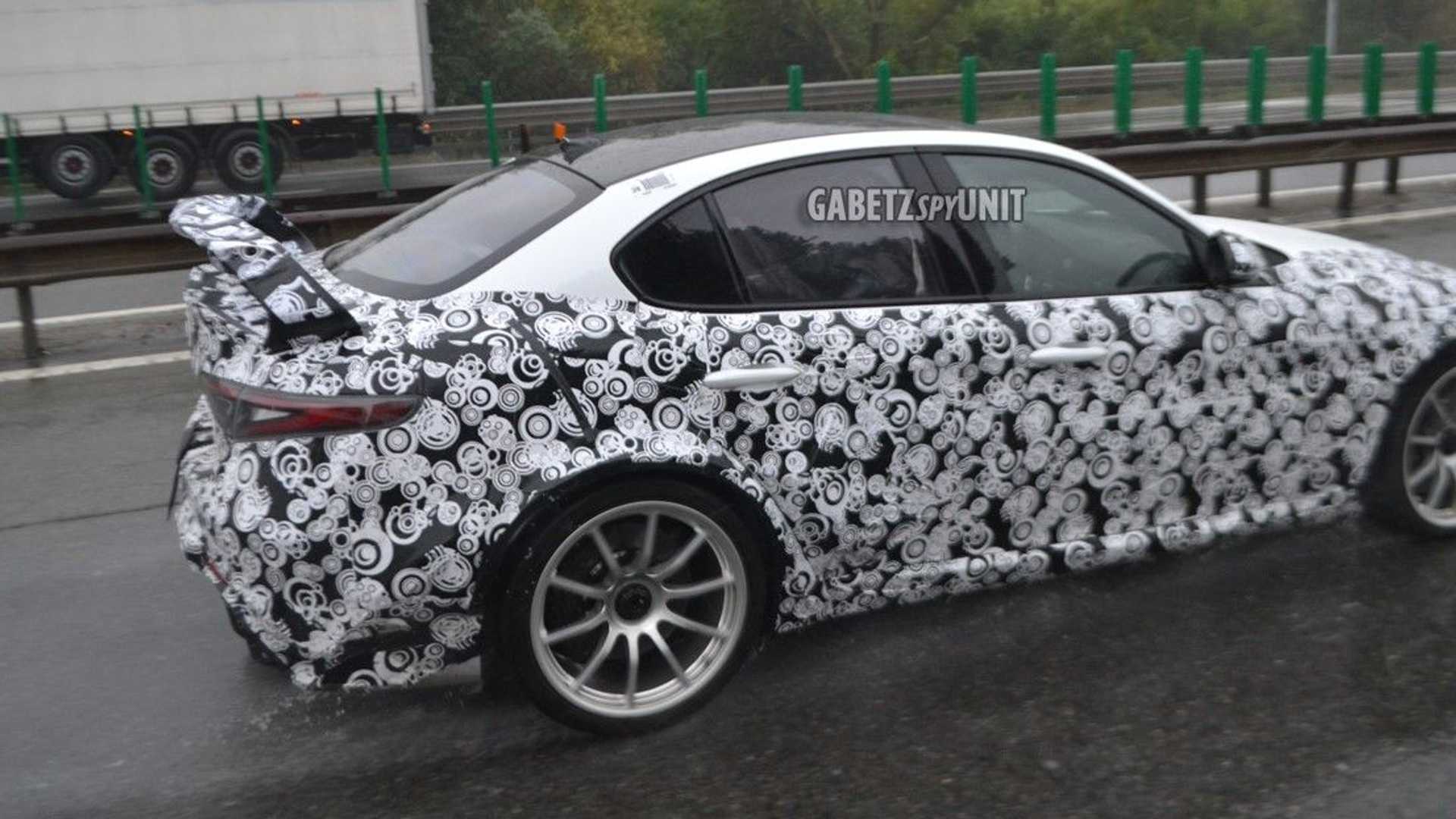 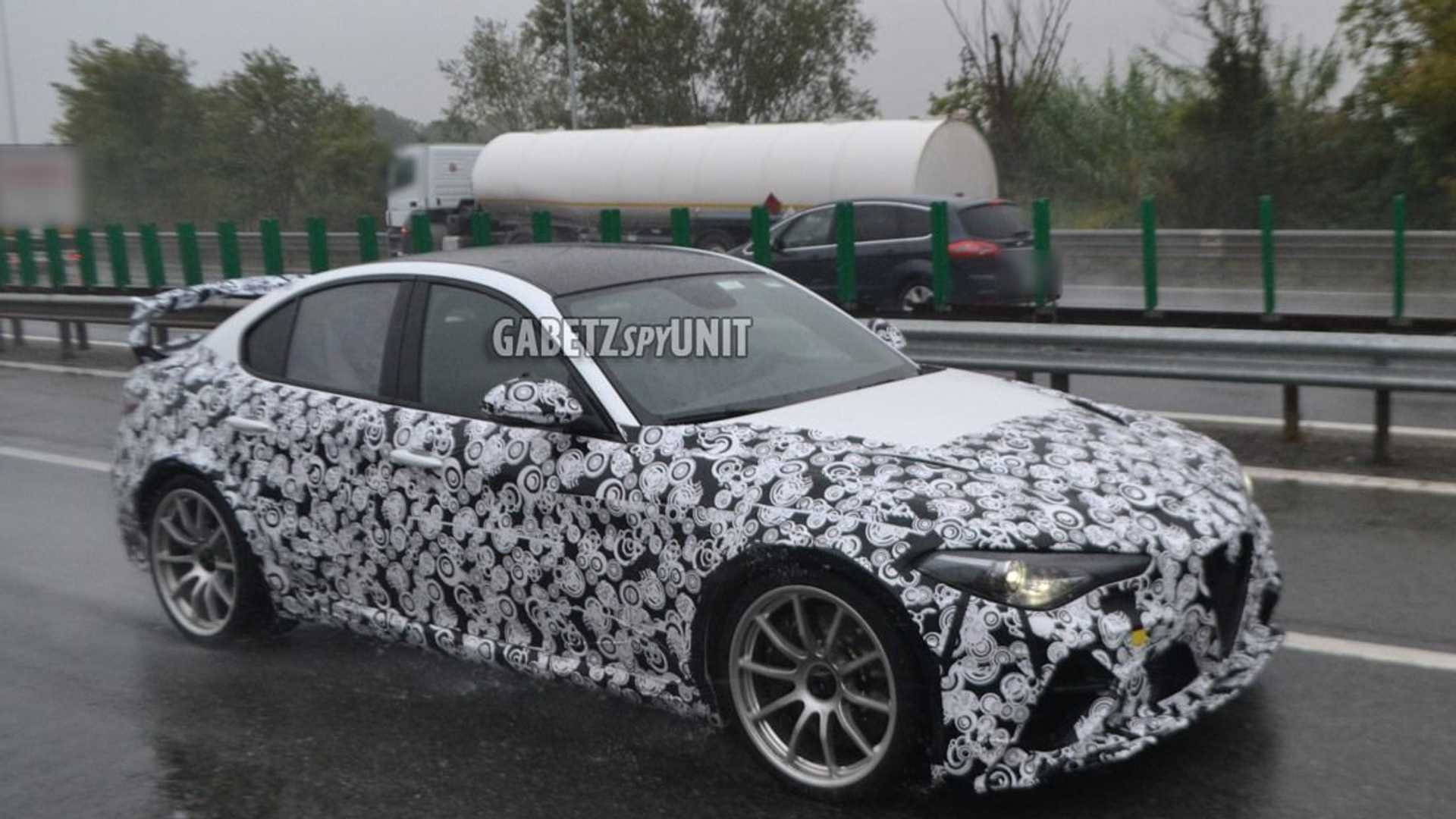 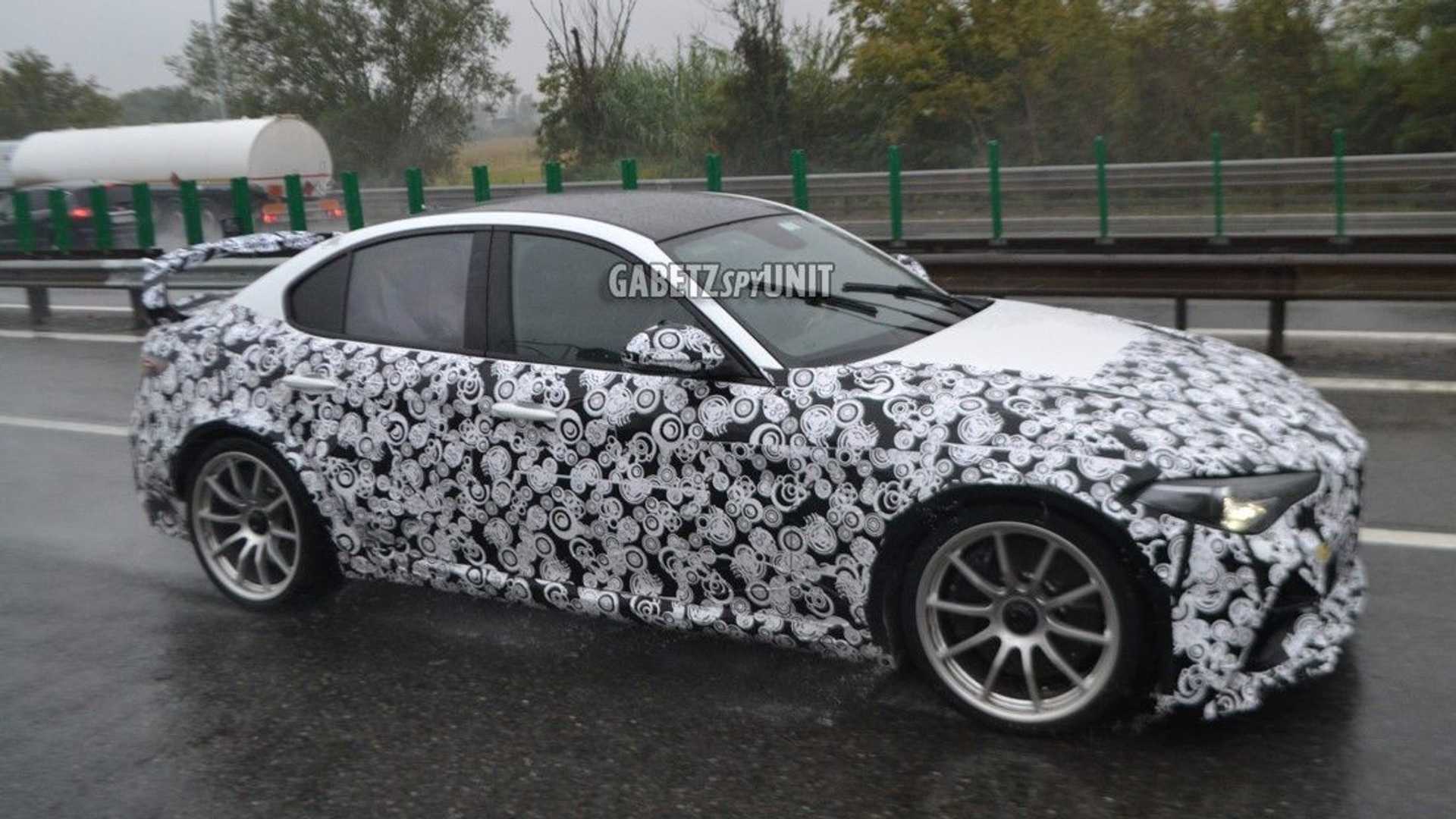 It takes the Giulia’s aggressive design up a notch, with a giant rear wing and massive diffuser making sure you’re not going to mistaken it for the already hot Quadrifoglio version. Although the car is still camouflaged for some reason, the disguise isn’t actually hiding anything as you can easily see the large air intakes, fender flares, Lexan windows, and the center exhaust. A lot of the new bits are made from carbon fiber to shave off weight, removing a full 100 kilograms (220 pounds) from the regular Giulia Q.

The GTAm tips the scales at only 1,520 kg (3,351 pounds) and blitzes to 62 mph (100 km/h) from a standstill in a supercar-like 3.6 seconds. As with the non-Modificata GTA, its twin-turbo 2.9-liter V6 has been massaged to deliver 533 horsepower or 30 hp more than in the Quadrifoglio. Peeking through the rear windshield is the rollbar replacing the rear seats where there’s also now a purpose-built space to store two helmets and a fire extinguisher.

As impressive as the GTAm is to fans of high-performance sedans, there are two big issues – price and availability. It costs the equivalent of nearly $200,000 in Italy and only 500 will be made, with the production run also including the GTA. While the non-M model is being considered for the United States, we wouldn’t get our hopes up too high for the full-blown GTAm.