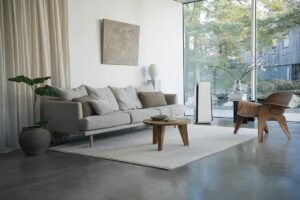 The quality of the air we breathe is critical to our wellbeing, and this is a reality that is now made even more apparent than it has been. Cleanliness is perhaps easier managed in the home where the environment is more controlled than in public spaces, though what about when you need to be in your car, on the move?

Enter the Blueair Cabin P1 and P2i in-car air purifiers. The Blueair Cabin range of products is the best way to ensure the occupants of your vehicle are safe from breathing outside air contaminated with city smog and harmful substances; with the Cabin range, you won’t have to fear fumes from the bus directly ahead.

These have been tested to remove more than 99% of fine particles and motor vehicle exhaust emissions, and they have been tested to meet or exceed global standards such as GB, CARB, CB and AHAM. The Blueair Cabin can effectively clean the air inside your car in less than six minutes with 10 air changes per hour, making its suitable for small- and medium-sized cars.

Measuring just 92 mm tall, 203 mm wide and 203 mm deep, the Blueair Cabin is unobtrusive in your vehicle’s cabin, and can be mounted behind the head rests of the front seats. These are quiet, too, emitting just 35 decibels on its lowest of three speed settings, or 55 decibels – equivalent to the sound level of rainfall – at its highest setting.

Featuring the same base specifications as the Cabin P1, the Cabin P2i is the advanced model, offering Bluetooth connectivity to enable remote control of air purifier functions via the Blueair mobile app. With the Blueair app, users can easily track filter usage, with filter indication on the app, while the LED on the control panel will be lit in red when the filter is due for replacement. Besides the Blueair Cabin range of in-car air purifiers, Blueair also has the HealthProtect range, the brand’s most advanced range of air purifiers yet. The HealthProtect 7410i has been tested to remove 99.99% of live, airborne SARS-CoV-2 coronavirus under laboratory conditions, as tested by MRIGlobal.

(Blueair notes that the test laboratory conditions meant that a Class 3 biological safety cabinet of 0.37 cubic metre was used for this purpose, and is different from the standard testing area for room sizes of up to 38 square metres due to limits imposed by safety protocols for testing aerosolised virus particles; this has not been proven to kill SARS CoV-2 or reduce the likelihood of Covid-19 transmission.)

“When used properly, air purifiers can help reduce airborne contaminants, including viruses in a home or confined space,” according to the United States Environmental Protection Agency (EPA). Learn more about the effectiveness of Blueair air purifiers against the live SARS CoV-2 virus, here. The HealthProtect 7770i is also equipped with Germshield, which provides 24/7 protection against bacteria and viruses. Even on standby mode, it proactively monitors and kills at least 95% of germs. Last but not least, the SpiralAir outlets are uniquely engineered to deliver 360-degree airflow, quickly circulating 100% clean air to every corner of the room.