Home » Car Reviews » ‘Absurd’: Driver hit with £65 fine because shadow of his car was in disabled parking space

‘Absurd’: Driver hit with £65 fine because shadow of his car was in disabled parking space 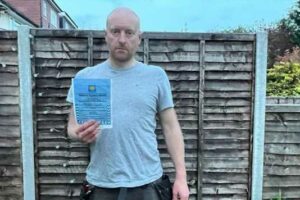 All the updates to parking fines explained in full in February

Matthew Cole received the ticket after leaving his vehicle outside Blackheath Post Office in Lewisham in March. Mr Cole, a self-employed gardener, said he was “gobsmacked” when he opened a letter in April alleging he had parked illegally.

Lewisham Council sent photos of the incident to him, which show his silver Ford estate car parked in an unmarked bay next to a signposted disabled space.

He says the photos show that only the shadow of his vehicle appears to be in the marked disabled bay.

Mr Cole called the fine “absurd”, claiming that there was no signage where he parked.

He added: “The photos they sent me only show the shadow of my car in the disabled spot.

“I was taking my daughter to a football match on the heath and had parked there before without problem.

“It’s completely wrong. They’re enforcing something that’s not there. I think £65 is not a lot to many people today but the principle is wrong.

“If you don’t pay the fine in a certain time it doubles to £130 which is a lot,” he told MyLondon.

After receiving the penalty charge notice, Mr Cole appealed the fine, saying there was no disabled parking sign next to the bay where he was parked.

His first complaint was rejected, with the council sticking to its claim that he parked in a spot reserved for disabled badge holders.

The driver remains determined not to pay the fine and has lodged a second complaint against the fine.

Matthew Cole continued, saying: “They sent me an email to dispute it and I disputed it but they seemed to just ignore what I said and said it was issued correctly.