About 150,000 People In Ukraine Are Using Elon Musk's Starlink Internet 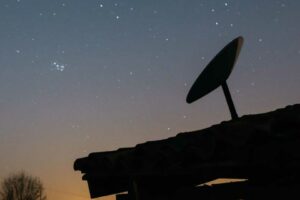 Ukrainian officials have confirmed that about 150,000 people in the war-torn country are using Tesla and SpaceX CEO Elon Musk’s innovative Starlink internet service.

Ukraine’s Vice Prime Minister and Minister of Digital Transformation Mykhailo Fedorov – the first person to ask for Musk’s help via Starlink – has substantiated the numbers, also making it clear that the service has been stable and successful even amid Russian hacking attempts.

Much like he did when he first reached out to Musk asking for Starlink internet terminals and access for Ukraine, Fedorov took to Twitter to share the good news. In fact, he’s been quite active in providing updates on Twitter for a global audience. The official shared:

Not long after Musk started sending the terminals to Ukraine, there were worries that Russia could potentially hack into the service. The CEO offered some warnings and advice via Twitter and also vowed to make the technology more secure. Since then, people in Ukraine have been able to use Starlink for much more than just simple web surfing. In fact, it has even proven helpful in military efforts.

Fedorov also recently tweeted about other related efforts to help Ukraine, which have been headed up by Tesla and Elon Musk:

According to recent reports, there are currently more than 10,000 Starlink terminals in Ukraine. Not only did the help come directly from Tesla, SpaceX, and Elon Musk, but also from a host of others, along with the US government. According to Teslarati, the United States Agency for International Development told CNBC that many people have collectively donated over $15 million in efforts to help get 5,000 terminals delivered.

Musk himself donated 3,670 Starlink terminals for free. Another 1,333 came from the US agency noted above, at a cost of $1,500 each. The systems each have three months of free and unlimited data.

Starlink’s overall goal is to provide reliable internet across the globe, and it’s especially useful in areas where traditional internet may be spotty or completely unavailable. Who knew it would have a major impact in a time of war? Teslarati shares that there are now about 2,000 Starlink satellites in orbit, and a total of roughly 250,000 subscribers to the service.