4/20 Is Unofficially Elon Musk Day: Here's How He Inspires

Some have decided to take the negative stigma away from April 20 (420) and use Tesla’s Elon Musk to twist it into something positive.

Nowadays, there’s a commemoration on the calendar for just about anything you can think of—from important observances such as Earth Day (April 22) and National Drive Electric Week (Sep 26-Oct 4, 2020) to trivial tributes such as National Bubble Wrap Day and Static Electricity Day. So, it’s inconceivable that such an influential and revered visionary as Elon Musk shouldn’t be honored with his own official day. Anuarbek Imanbaev is a reformed oil and gas exec who’s now the Vice President of the Austin Tesla Owners’ Club. He played an important role in bringing Tesla Superchargers to the Central Asian nation of Kazakhstan.

Eli Burton is known to be able to contact Starman, the superhero of sustainability, who shows up at Tesla events and wherever his help is needed. He is also President and Founder of the My Tesla Adventure Tesla Owner Club. Together with Anuarbek, Eli produces a weekly podcast about all things Tesla called Tesla Geeks Show.

Sofiaan Fraval is the Founder, Producer, Editor and Host of the Third Row Tesla podcast, which features a weekly panel discussion of the latest Tesla topics. “Sof” and the Third Row team don’t monetize the podcast in any way—like Anuarbek and Eli, they’re in this to help advance the Tesla mission.

Ross Gerber is a Tesla investor and a tireless defender of the company in the online free-for-all. As Anuarbek described his friend to me, “Ross is a big believer in the company, and whenever the media paints things in the worst light possible, Ross is always there to defend Elon and Tesla, or at least show the other side of the story.”

Before the pandemic hit, the four friends were planning a party at Gerber’s house to celebrate April 20 with a bunch of folks from the Tesla community. That had to be canceled, but the four Teslanauts were having a Zoom conference when the conversation turned to an idea Anuarbek has been talking about for years: someday society would celebrate a yearly Elon Musk Day.

“All the great people—we always appreciate them when it’s too late,” says Anuarbek. “Even Nikola Tesla, for that matter—he created so many great inventions, but he died broke in a single apartment in New York by himself. I said, you know what? Why are we waiting? Let’s do it now. April 20 is going to be the first Elon Musk Day. I just mentioned the idea, but everybody jumped on it immediately—they said, this is such a crazy time now, a little bit of positive news is going to be good for us.” “It’s just about showing appreciation,” says Anuarbek. “I always feel for Elon. You see in interviews when people ask what it’s like to be Elon Musk, he gets emotional and teary-eyed, and you can see the pain in the life he’s chosen, trying to do these big things. I honestly feel like Elon is doing all these things for the right reason—he’s doing it to advance civilization, not only on Earth, but outside of the planet. We should be cheering on people like Elon Musk instead of bringing them down.”

“I want Elon to know that there are so many people that are proud of him, that are backing him up, and want to see him succeed,” Anuarbek continues. “And it’s not only about Elon—there are probably 80,000 people working for all his companies. I want all of them to know that we appreciate them as well. They’re inspired by the work, they believe in the mission.”

Since Elon Musk announced that he wanted to take Tesla private at a price of $420 per share, the number 420 has become “a thing” in the Tesla community, so this seemed like the logical date to designate as Elon Musk Day. “We picked 4/20 because of its cult mythology in the Tesla community, and the numerous 4/20 jokes Elon has made,” Eli Burton told me. “Tesla has kind of hijacked the 4/20 thing.”

The main event is to get as many people as possible to tell their stories of how they have been influenced and inspired by Mr. Musk, as Anuarbek explains. “To participate, on April 20, 2020, simply share with the hashtag (#ElonMuskDay) how Elon has inspired you or how much you appreciate him and his many companies and how they have personally improved your life.” For Anuarbek, that influence has been intense: “I made some big decisions in my life because I’ve been so inspired. Because of Tesla, I got into the sustainability/EV movement—I quit my job in the oil and gas industry. I’m not afraid to take on big challenges, and I’m trying to help the mission of Tesla. Over the last five years I’ve been super-involved with the community. All my closest friends are like-minded individuals that care about the environment, sustainability, cool tech and design. My sphere of influence has changed dramatically, from oil and gas executive in Houston to living in Austin, a center of tech and sustainability. Even in my real estate business—I’m known as the sustainability Realtor.”

Eli Burton’s life has also been changed by the Iron Man and his deeds. “Having a Tesla has changed my life. Honestly, PayPal has completely changed my life, because there’s team members I work with around the globe that, if it weren’t for PayPal, it wouldn’t even be possible. I ran into it recently, because an animation company I work with doesn’t support PayPal, and it took me weeks to figure out how to pay them.”

Elon Musk Day is “basically a gigantic community Thank You, in a way that I think Elon will appreciate,” says Eli. “What I think he really cares about is making a difference in the world, so when he hears how his products have changed peoples’ lives and/or how he’s inspired them to do great things, I think that’s the ultimate way to thank him in a way that he will find meaningful.”

Sofiaan Fraval is, like Elon, an idealist. He and his family are vegans, and they live a low-carbon lifestyle. “We love animals, and we want to protect them—they don’t have a voice, they depend on us,” he told me. When he first got in a Tesla, he saw another way to do what’s right for human health and for the environment as well. For Sof, reducing air pollution is not an abstract concept—it’s personal. “My son has asthma and allergies, and I want him to have clean air—I don’t want him to be going outside and suffering. This really motivates me. Electrification, sustainability—they all tie together, and Elon is making a huge effort to make the world a better place.” Elon Musk Day will be publicized through the various Tesla Owners Clubs (there are something like 100 around the world, with over 150,000 members), trumpeted by the network of social media mavens, and highlighted in the trade press (that’s us). Asked whether Starman will make an appearance on the special day, Eli, who is known to be able to contact the enigmatic astronaut, said he has a feeling he will.

The Elon Musk Day festivities will be live-streamed through several online channels, including the Third Row Tesla and Tesla Geeks Show podcasts. However, it’s not meant to be just an event to watch or read about—you are invited to participate by tweeting, posting, podcasting or pasting on a pigeon your own story about how Tesla, SpaceX, PayPal (or Hyperloop, the Boring Company, flamethrowers, etc etc) has inspired you, and influenced your own work (or play). Use the hashtag #ElonMuskDay to help spread the word.

The reason we revere Mr. Musk goes beyond his achievements in the fields of the internet, transportation, renewable energy and space. Our admiration is all about his motivation. Elon does what he does not for personal wealth or glory, but to serve all of humanity. Of course, that may sound corny and quaint in today’s world, where “Us First!” and “greed is good” seem to reflect the ethos of the age. But anyone who has followed Elon’s career can have no doubt of his sincerity.

Visionaries understand that their real accomplishments will be measured not by what they personally accomplish, but by how many people they inspire to follow in their footsteps. That’s why, on Elon Musk Day, everyone who’s been inspired by Mr. Musk is being asked to tell the world about that inspiration: How has Musk and/or his companies influenced you personally?

Elon Musk has had an enormous influence on my life. To explain why, I have to go back to the 1990s, when my brother, my nephew and I published an online magazine about web development. The internet was just taking shape in those days, and those of us who chronicled its creation could sense that we were witnessing, and helping to shape, something that would radically remake society. When I was offered an opportunity to join Charged, a magazine about electric vehicles, in 2012, I was excited by the chance to once again be in the middle of a historic technological transformation—and this time, the new tech is about helping to preserve our environment.

I’ve made a substantial part of my living writing about the e-mobility revolution ever since. In addition to weekly contributions to the EVANNEX blog, I also write both print and online articles for Charged, and I’ve written a book about Tesla which is now coming up on its fourth edition, and has been translated into three other languages. I write about all things EV, but Tesla has always been at the center of the action. As I’ve written many times, Tesla has always provided the story that keeps EVs in the public eye, and the goad that forces the recalcitrant legacy automakers to continue developing their own EVs. If it weren’t for Tesla, I seriously doubt that there would be any viable passenger EVs on the market today. 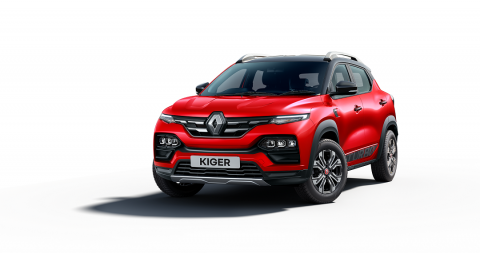