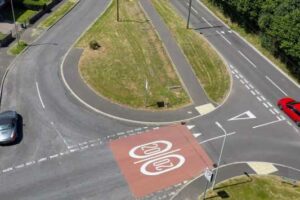 Reducing speed limits to 20mph has little effect on road safety, according to a new study published in the Journal of Epidemiology and Community Health.

The findings were that there were “no statistically significant differences” in the long-term rate of crashes and casualties, or the average speed of traffic. Roads with 20mph limits did, however, experience less traffic, according to the research.

The study concluded that policymakers considering implementing 20mph speed limit interventions should consider the fidelity, context and scale of implementation.

RAC road safety spokesman Simon Williams said: “The findings of this study are surprising, as they appear to suggest that drivers on 20mph roads in Belfast hardly slowed down at all, despite the lower speed limit, which is at odds with other reports.

“It seems there is a serious problem with compliance, as we would expect that – even without enforcement – average speeds would drop. Consequently, the study may demonstrate a need for councils to find other ways to get drivers to slow down, whether that’s through enforcement or modifying road design with traffic islands, well designed speed humps or chicanes.

“It’s also important that 20mph limits are used in places where they stand to make the biggest positive impact, such as in built-up areas and in locations where there are large volumes of motorised traffic, cyclists and pedestrians – but clearly that depends on a meaningful drop in overall vehicle speeds. Equally, our research shows drivers are less likely to comply with a lower limit if they don’t believe it’s appropriate for the type of road.”

What are your thoughts on reducing speed limits? Tell us in the comments…