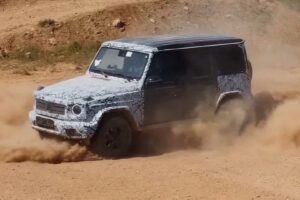 Mercedes held a conference last week during which it outlined plans to push further into luxury territory by chasing higher profit margins rather than volume. To that end, more than 75 percent of investments will be going into models from the C-Class segment above while the number of compact cars will go down from seven body styles to four. Going forward, the company’s five pillars are traditional Benz models, G-Class, EQ, Maybach, and AMG.

We’ve already discussed the entry-level electric compact car, EQE SUV, Maybach SL, and the AMG Vision Concept, but what about the G-Class? Well, the “Economics of Desire” presentation included a short clip of the EQG and its party trick – a “G” turn. It is Mercedes speak for a tank turn by doing a 360-degree turn on its own axis. A prototype of the electric off-roader with the current model’s body was briefly shown spinning around by turning wheels on one side in the opposite direction of the others.

The so-called “G” turn will be possible by fitting the EQG with four electric motors, one for each wheel. Mercedes also confirmed the G-Class without a combustion engine will feature an independent front suspension and a rigid rear axle developed specifically for electric vehicles.

The tank turn functionality is not new in the automotive industry as Rivian had a demo back in 2019. However, it’s still not on the R1T as implementing the system into the production truck is proving to be more difficult than originally believed. It’s unclear if/when the electric pickup will get the technology, but in the meantime, it looks as though Mercedes has cracked the code. The EQG is expected to hit the streets around 2024.

Another major feature the electric G-Class will get is an optional lithium-ion battery pack with silicon anode chemistry to achieve a greater range thanks to higher-density cells. Mercedes recently said the technology developed by Sila will be offered around the middle of the decade. The engineers are targeting a 20-40 percent increase in energy density to surpass 800 Wh/l at cell level and consequently increase the range “by a significant amount.”

When Mercedes unveiled the Concept EQG in September 2021 at the IAA Munich show, it also talked about a shiftable two-speed gearbox featuring a crawler gear. Corroborated with the tank turn, it can only mean the zero-emissions G will live up to the legend created by the gas-guzzling model. 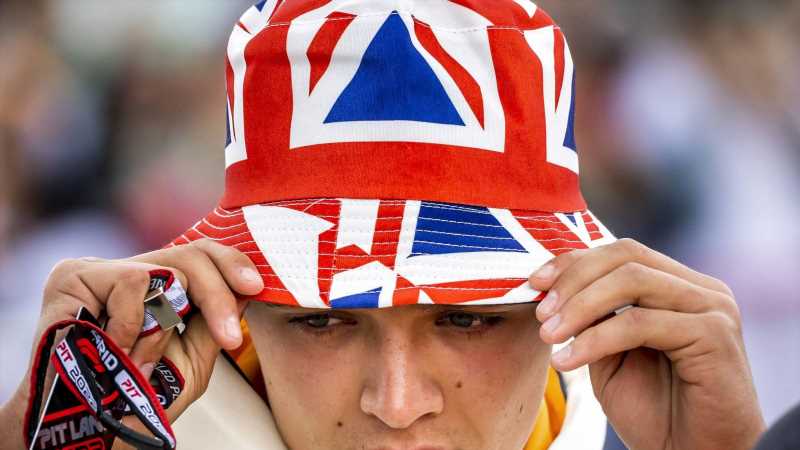