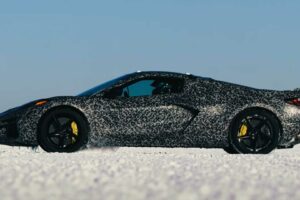 Chevrolet has dropped a teaser for the first electrified Corvette – a hybrid. A short video posted to YouTube provides our first glimpse at the all-wheel-drive coupe, which could be available as early as next year, with a fully electric version to follow. General Motors President Mark Reuss posted on LinkedIn that more details – including the models’ names – will arrive at a later date.

There has been plenty of speculation about how Chevy would electrify the Corvette to meet GM’s ambitious EV goals. However, specific details have remained a well-kept secret. The Corvette, potentially named the E-Ray, will allegedly produce between 600 and 650 horsepower (447 and 484 kilowatts). That’d put it right behind the 670-hp (500-kW) Corvette Z06 that Chevy introduced last October. 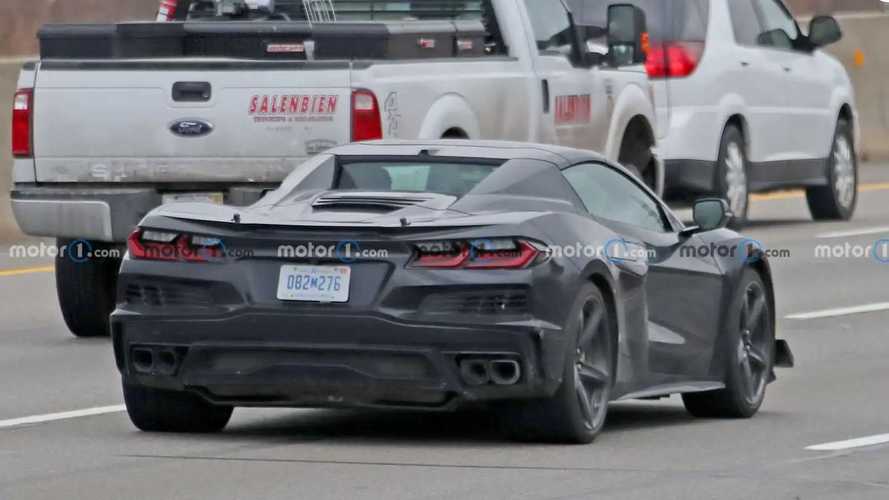 Chevy will likely achieve that output by pairing the car’s existing 495-hp (369-kW) 6.2-liter LT2 V8 engine from the Stingray with an electric motor. It appears that the electric motor will power the front wheels, as the video shows the Corvette’s front tires spinning in the snow. This will be not only the first electrified Corvette, but it will also be the first Corvette with all-wheel drive.

The short teaser video doesn’t reveal much, though the Corvette doesn’t look that different from the Stingray and Z06. A tight-fitting camouflage wrap hides any styling details as the video shows the Corvette tearing through the snow-covered track with ease and plumes of powder flying into the air behind it.

Details about the fully electric Corvette are even more scarce. However, the electric two-door will likely use GM’s Ultium battery technology to power the EV. It should also produce gobs of horsepower and potentially motivate all four wheels.

More details will arrive in the coming months, but previous rumors are starting to come true. We’d heard that the hybrid Corvette would arrive in 2023 with a price under $100,000. So far, half of that might be true. We expect the new Corvette to go on sale late next year as a 2024 model, though we hope to get confirmation sooner rather than later.