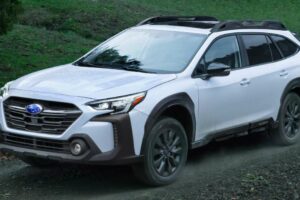 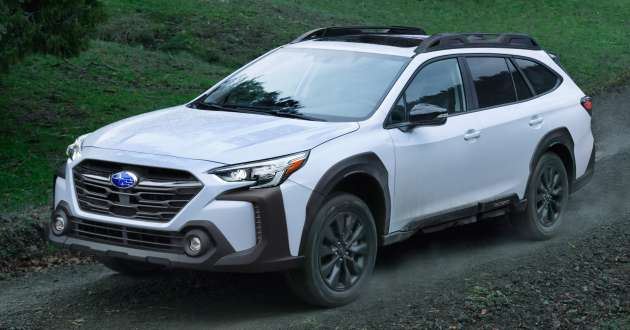 Subaru has unveiled the facelifted Outback at the 2022 New York International Auto Show (NYIAS), nearly three years after the sixth generation of the lifted wagon (the brand calls it an SUV) made its first debut.

For the 2023 model year, the Outback receives updated styling in the form of a new front fascia that incorporates a more prominent grille. The low-key horizontal slats seen on the previous model are now gone, replaced instead a new insert with a more intricate design and a chrome bar.

A new bumper is also fitted as part of the facelift and sports sharp creases that cut into the redesigned headlamps, which is a look also seen on the latest WRX and Levorg. Meanwhile, a black cover applied to the bumper protects the bottom front of model, while also rising along the sides to meet the headlamps. 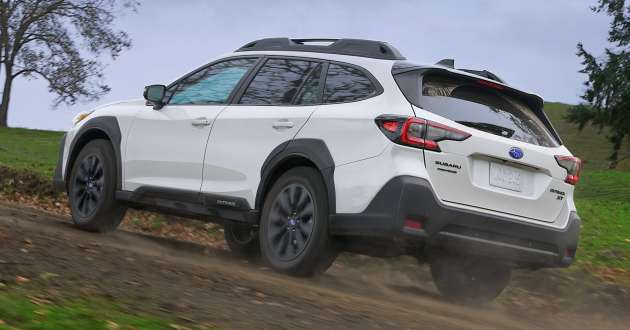 This appears to be inspired by the Wilderness variant of the Outback released last March (not included in this facelift), albeit toned down so that a smaller portion of the bumper is covered. Elsewhere, the expanded wheel arch cladding adds to the vehicle’s more rugged look while providing additional protection. Beyond these changes, the rest of the Outback remains unchanged from before.

As for equipment, all Outback variants come standard with Subaru’s EyeSight suite of safety and driver assistance systems, which now operate more smoothly under a greater range of conditions. These improvements are a result of updated control software and the addition of an electric brake booster, with the top-level Touring trim also benefitting from a wide-angle mono camera that works with the dual-camera EyeSight system.

Subaru says the “third eye” further expands the field of view to recognise pedestrians and bicycles sooner when the vehicle enters an intersection at low speed. The Touring also gets a digital rearview mirror with auto-dimming, a compass and HomeLink. 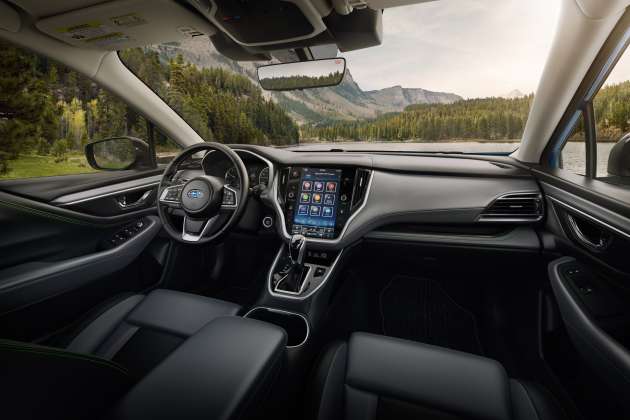 The available engines are the same as before, including a FA24F 2.4 litre turbo four-cylinder petrol unit rated at 260 hp and 376 Nm of torque, while a non-turbo FB25DI 2.5 litre four-cylinder packing 182 hp and 239 Nm is the alternative. All Outback models get a Lineartronic CVT with eight virtual ratios and paddle shifters, along with Symmetrical All-Wheel Drive.

In addition to the Touring trim mentioned earlier, the Outback also comes in base, Premium, Limited and Onyx Edition guises, the last of which can now be ordered with the non-turbo engine should customers not want the FA24F.