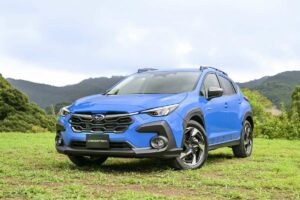 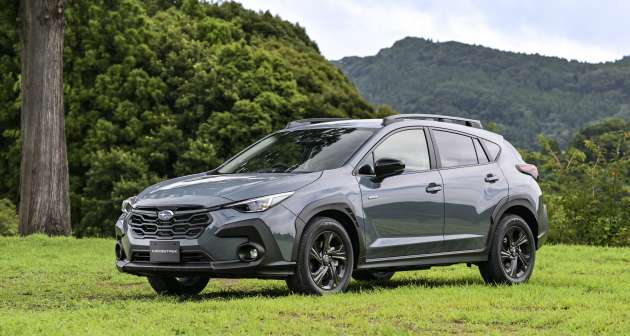 The Subaru Crosstrek name is of course not new to the model, as it was called by either the Crosstrek or XV names with previous generation cars, but Subaru has now decided on Crosstrek as a single name. 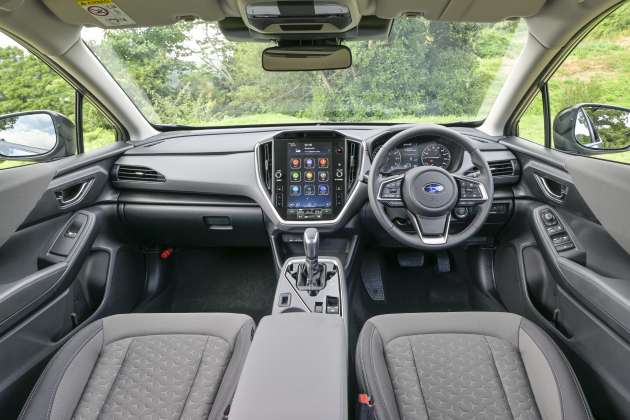 A large 11.6 inch vertical touchscreen takes the focus of the new Crosstrek’s interior, though the instrument panel in front of the driver continues to use analog meters for the speedometer and RPM meter, with the only digital portion being a small multi-info display in between them.

Flanking the vertical touchscreen are hardware buttons for AC temp and audio volume, but we do note that AC fan speed now has to be controlled digitally. That’s one thing we usually wish to have hardware controls, but at least the volume is still a physical knob.

Subaru says the new Crosstrek gets a new seat design with better pelvis support, which is said to prevent vehicle swaying motions from being transferred to the head. In addition, the seat mounting structure has been changed, now with the seat rails attached directly to the body instead of using a bracket. Subaru says this increases mounting-connection stiffness and improves vibration damping while reducing seat sway. 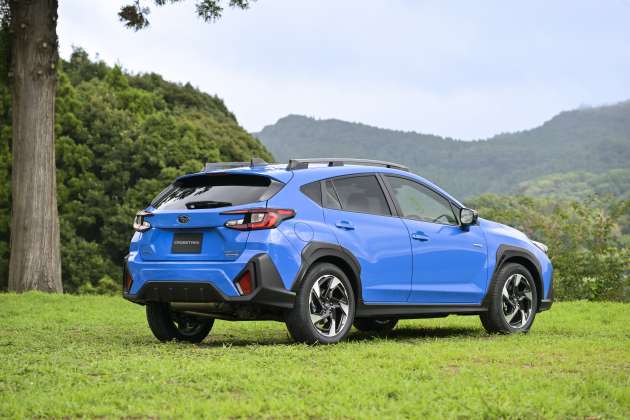 Subaru only mentions one engine option in its press release – a 2.0 litre e-Boxer, which is a non-plugin hybrid model. Does it mean the Crosstrek will only be available as a hybrid? Or will it continue to be available with a 2.0 pure normally aspirated model like how it has been sold as in Malaysia?

The 2.0 litre e-Boxer system puts an electric motor in between the internal combustion engine and the Lineartronic CVT. No specs for system output has been provided for now. But if it is a development of the previous gen’s e-Boxer system, then it should be using a 48V battery. BTW just to point out, e-Boxer is not the same as the XV plug-in hybrid, they are two different hybrid systems.

In terms of active safety, Subaru’s EyeSight system now adds on a wide-angle mono camera to work together with the existing EyeSight stereo camera. Subaru says the wide-angle mono camera allows better recognition of pedestrians and motorcycles to allow initiation of pre-collision braking in a wider range of situations, such as at intersections, thanks to its wider field of view.

Are you an existing XV owner? Or are you thinking of buying an SUV? What do you think of the new Subaru Crosstrek, will you consider switching to a soft-roader instead of a full-blown SUV? Let us know in the comments below.