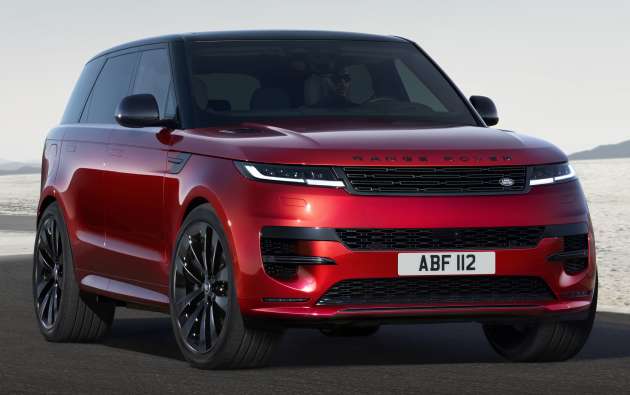 Nearly seven months after the reveal of the new Range Rover, it’s time for that car’s chopped-roof sibling, the Range Rover Sport, to make its debut. The more athletic, lower-slung luxury SUV gets a similarly far-reaching overhaul in an effort to maintain its appeal among celebrities and footballers.

The main draw of the RRS has always been its looks, and Land Rover’s latest reductive design language gives the car a smoother and more minimalist aesthetic, even dispensing with the head- and taillight “tails” that have been a trademark since the original Evoque. The fake front fender and bonnet vents have also been replaced by simple gloss black strips.

At the front, the LED headlights are the slimmest ever fitted to a Land Rover and feature L-shaped daytime running lights. They are paired to an equally slim grille and a double-aperture bumper bisected by a body-coloured bar that accentuates the car’s width. Gloss black strips, first seen on the Velar, adorn the large corner air intakes.

The Sport’s side profile remains distinctive, with a low roof, raked front and rear windscreens, wraparound windows, short overhangs, a clamshell bonnet and a flat shoulder line running around the entire car. Flush door handles clean up the body sides, as do the flush glazing, hidden window line finisher and laser-welded roof – all lifted from the new Range Rover – that give the car a seamless appearance. 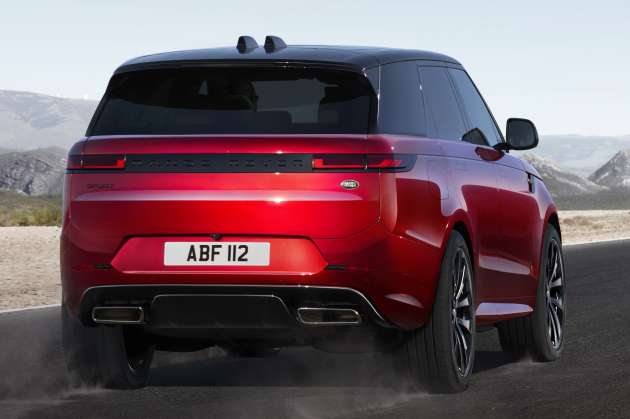 Unlike its more upright sibling, the Sport doesn’t get the trick “hidden” vertical taillights. Its horizontal taillights are thicker with a U-shaped graphic and flow into a gloss black with the Range Rover script. The number plate recess has been moved to the bumper, further emphasising the car’s pared-back design. The new Dynamic model adds sportier bumpers, body-coloured cladding and copper detailing.

Inside, the RRS gets much the same cabin as the full-fat Range Rover, again with a simple horizontal dashboard, slim air vents, a 13.7-inch digital instrument display and a “floating” curved 13.1-inch touchscreen. Unique to the Sport is a three-spoke steering wheel and a tall sloping centre console, atop which sit conventional climate controls rather than the second touchscreen introduced in the 2017 facelift. Other features include powered seats with winged headrests, heating, ventilation and massage functions and up to 22 ways of adjustment, plus a next-generation Cabin Air Purification Pro system with a nanoe X ioniser and a PM2.5 filter that apparently can even help ward off COVID-19.

Standard fit is a 360-degree camera system with manoeuvring lights that illuminate the car’s surroundings, as well as a water depth sensor and a ClearSight Ground View for seeing “through” the bonnet. A ClearSight digital rear-view mirror, a 15-watt Qi wireless charger, active noise cancellation and a 1,430-watt Meridian sound system with 29 speakers (including in the headrests) are also available. 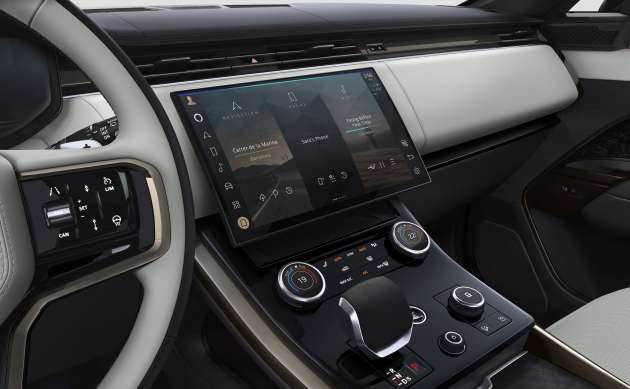 As expected, the Sport also comes with the latest driver assistance systems. All models are offered as standard with autonomous emergency braking, lane keeping assist and traffic sign recognition, with adaptive cruise control, lane centring assist and a new remote park assist available as an option.

Under the skin, the Sport rides on the same MLA Flex architecture as the regular Range Rover, with its mixed-metal construction providing up to a 35% increase in torsional rigidity over the outgoing model. Dynamic Air Suspension with adaptive Bilstein dampers comes as standard and uses eHorizon navigation data to adjust itself to suit upcoming bends.

Buyers can specify Dynamic Response Pro 48-volt active roll stabilisation, which can apply up to 1,400 Nm of torque to each axle, along with an active rear differential, rear-wheel steering (with can turn up to 7.5 degrees) and torque vectoring by braking. All these are combined in the Stormer Handling Pack and are controlled using the central Integrated Chassis Control that can respond up to 500 times a second. 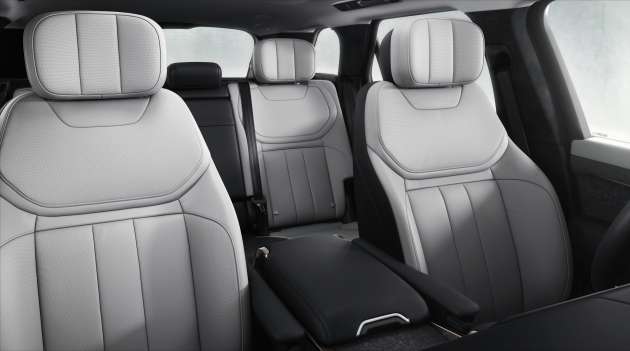 The Sport is a Land Rover first and foremost, which means it has to pack prodigious off-road prowess. To that end, it comes as standard with intelligent all-wheel drive and the company’s trademark Terrain Response 2 system, which can automatically adjust various parameters to suit the conditions. It also gets the world’s first Adaptive Off-Road Cruise Control, an evolution of All-Terrain Progress Control that adjusts the car’s speed based on surface roughness, slope, articulation and steering angles, among others.

Those cars also get a large 38.2 kWh lithium-ion battery to provide a WLTP range of up to 113 km, or a claimed real-world range of 88 km. Alternatively, the Sport is available with a BMW-sourced 4.4 litre twin-turbocharged V8 producing 530 PS and getting the car from zero to 100 km/h in 5.8 seconds. A fully-electric version will also be offered in 2024.