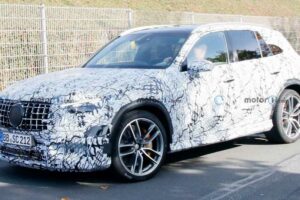 Mercedes is readying the next-generation GLC, which includes the hotter AMG variant, too. It’s been conspicuously absent out in public until now. A new batch of spy shots from near the Nurburgring captured the high-performance crossover out testing. It wears a full-body camouflage wrap like the regular GLCs we’ve seen, though the camo can’t hide AMG’s trademark styling touches that reveal the model’s performance attributes.

AMG’s Panamericana grille is front and center, but it’s just one of several noticeable AMG features that are visible. At the rear, the performances brand’s trademark quad-exit exhaust sits tucked under a camouflage rear bumper. Non-AMG GLCs have a black-plastic rear bumper. The AMG GLC also sports a lowered ride height, which only helps to emphasize the bigger wheels and brakes. The wider side sills are also visible, camouflage or not. 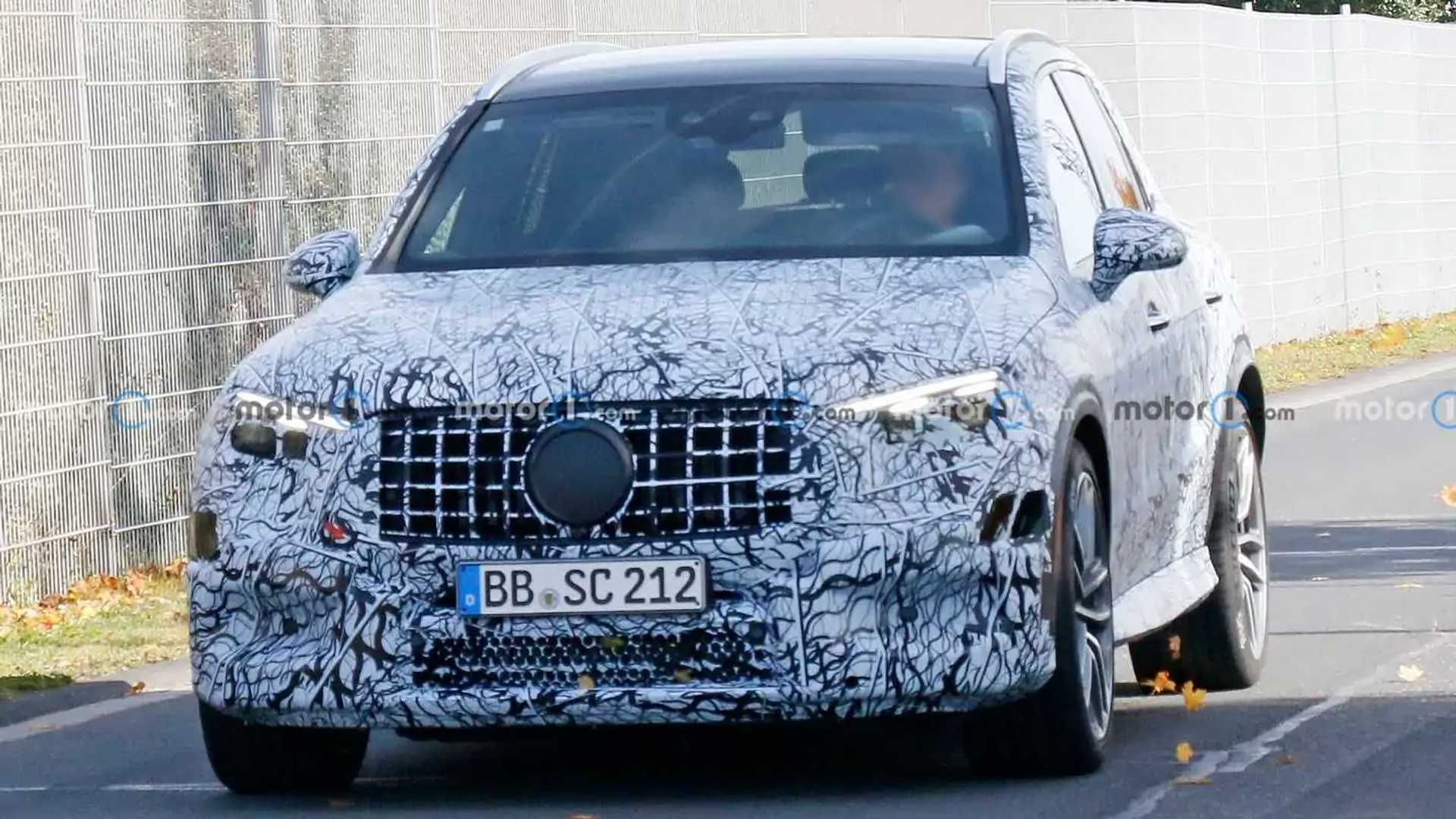 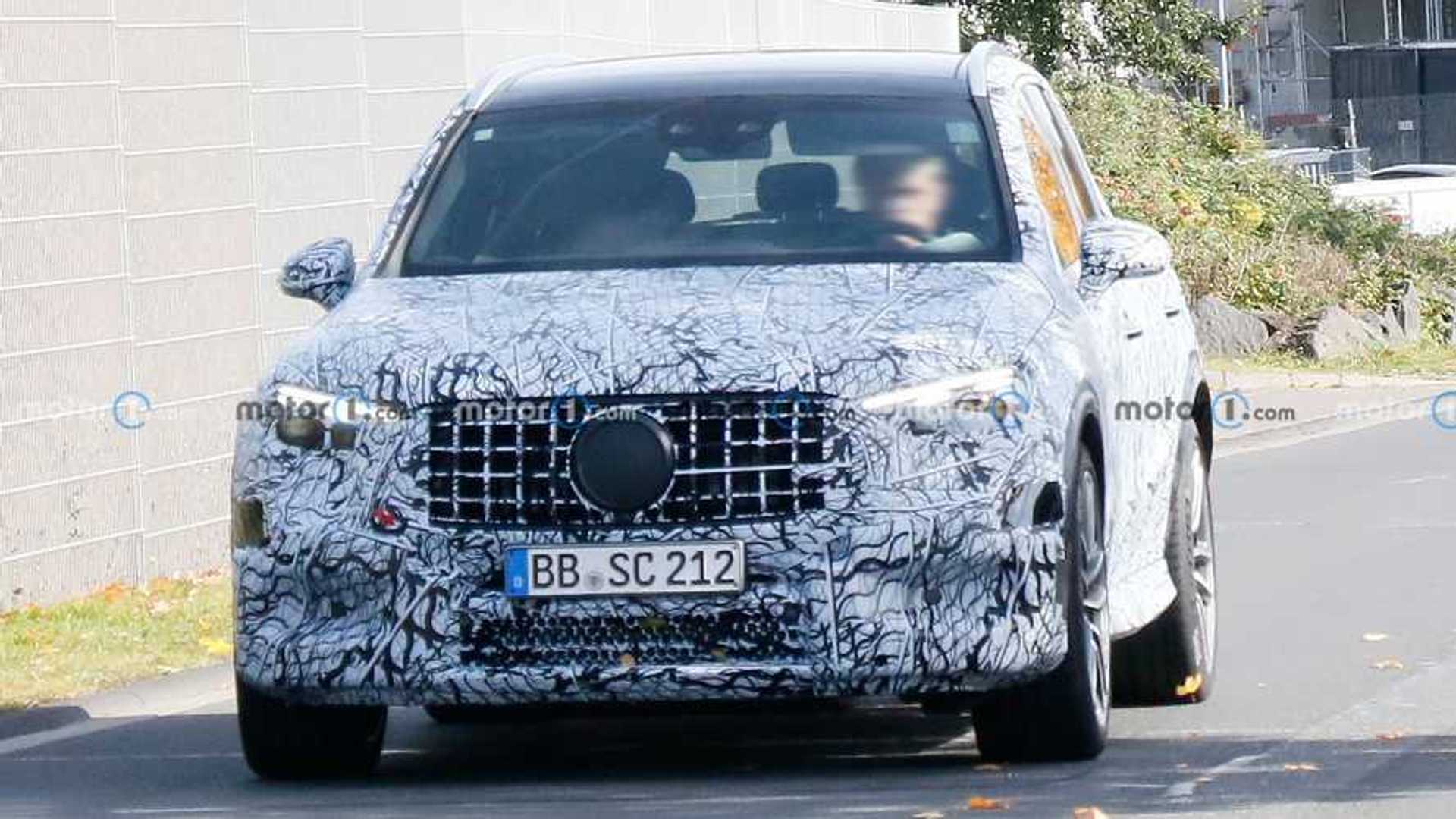 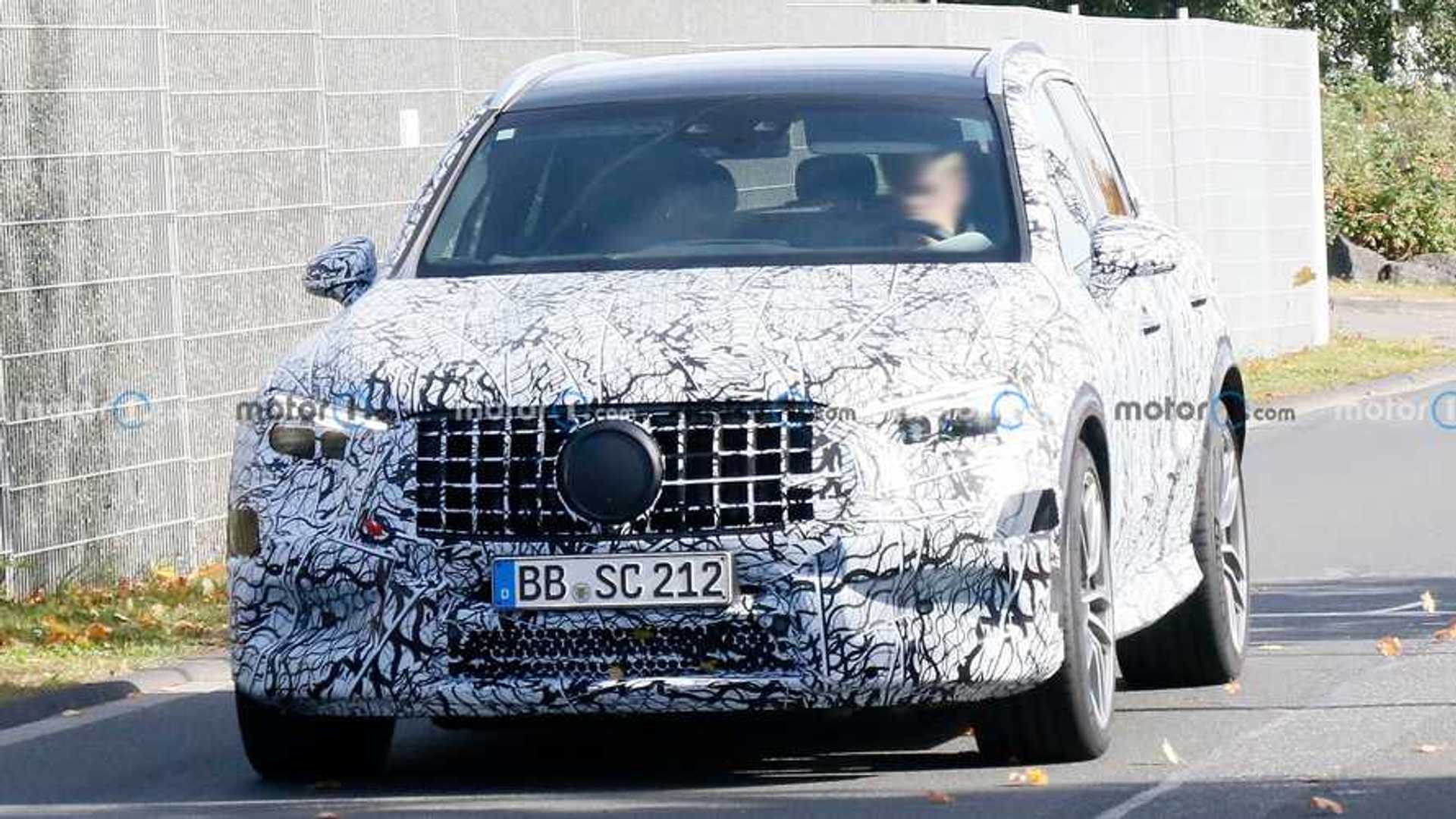 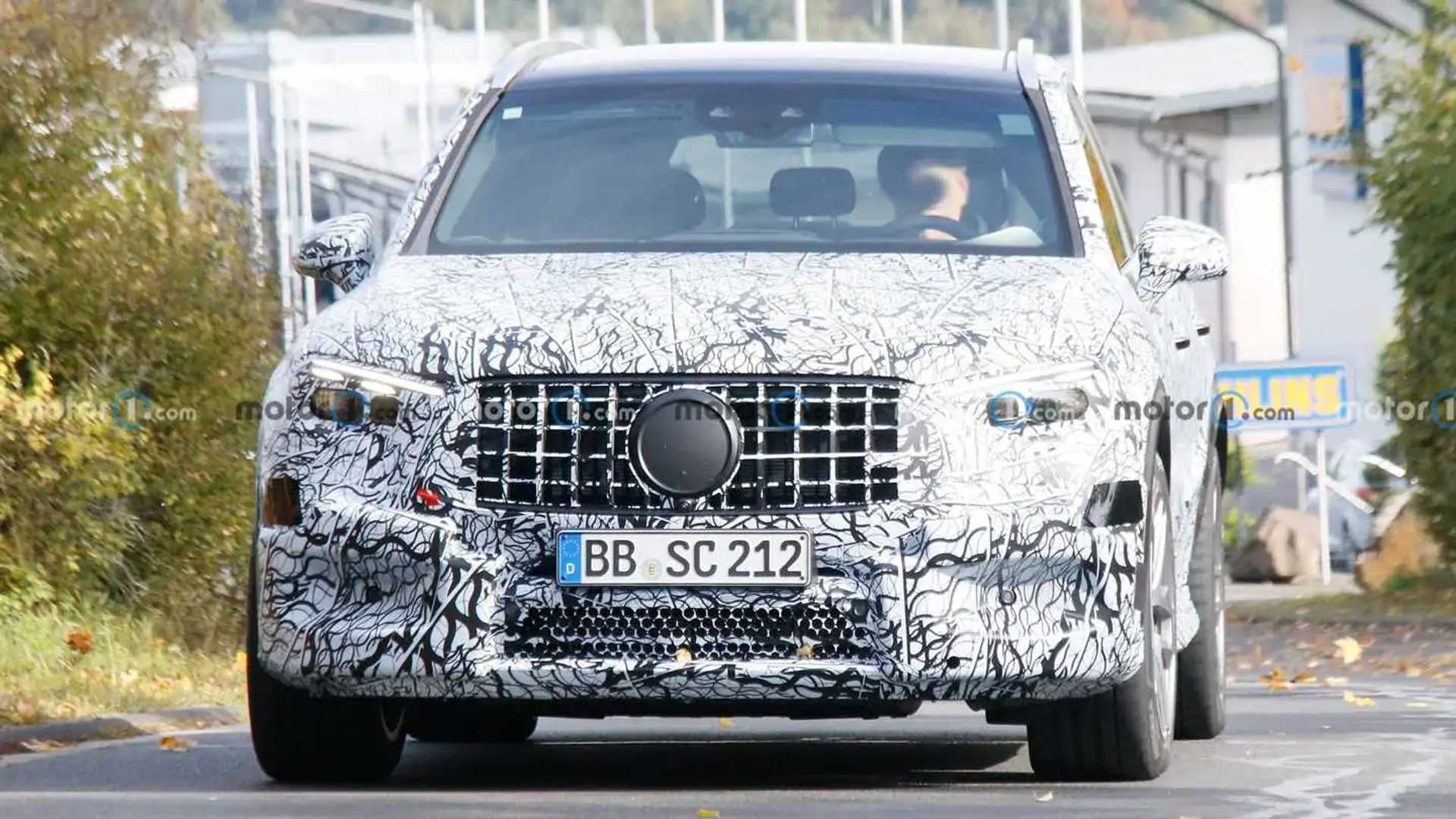 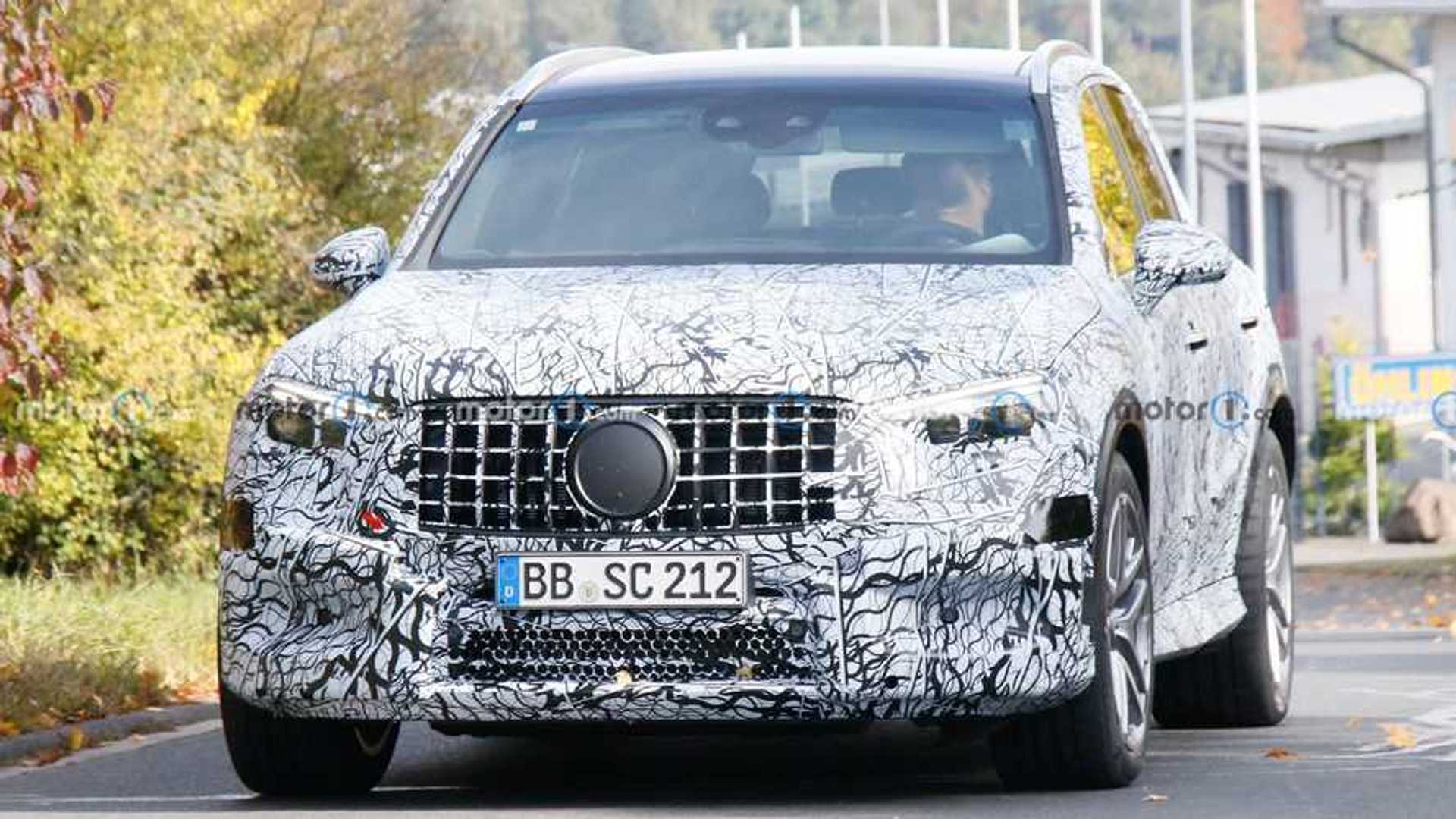 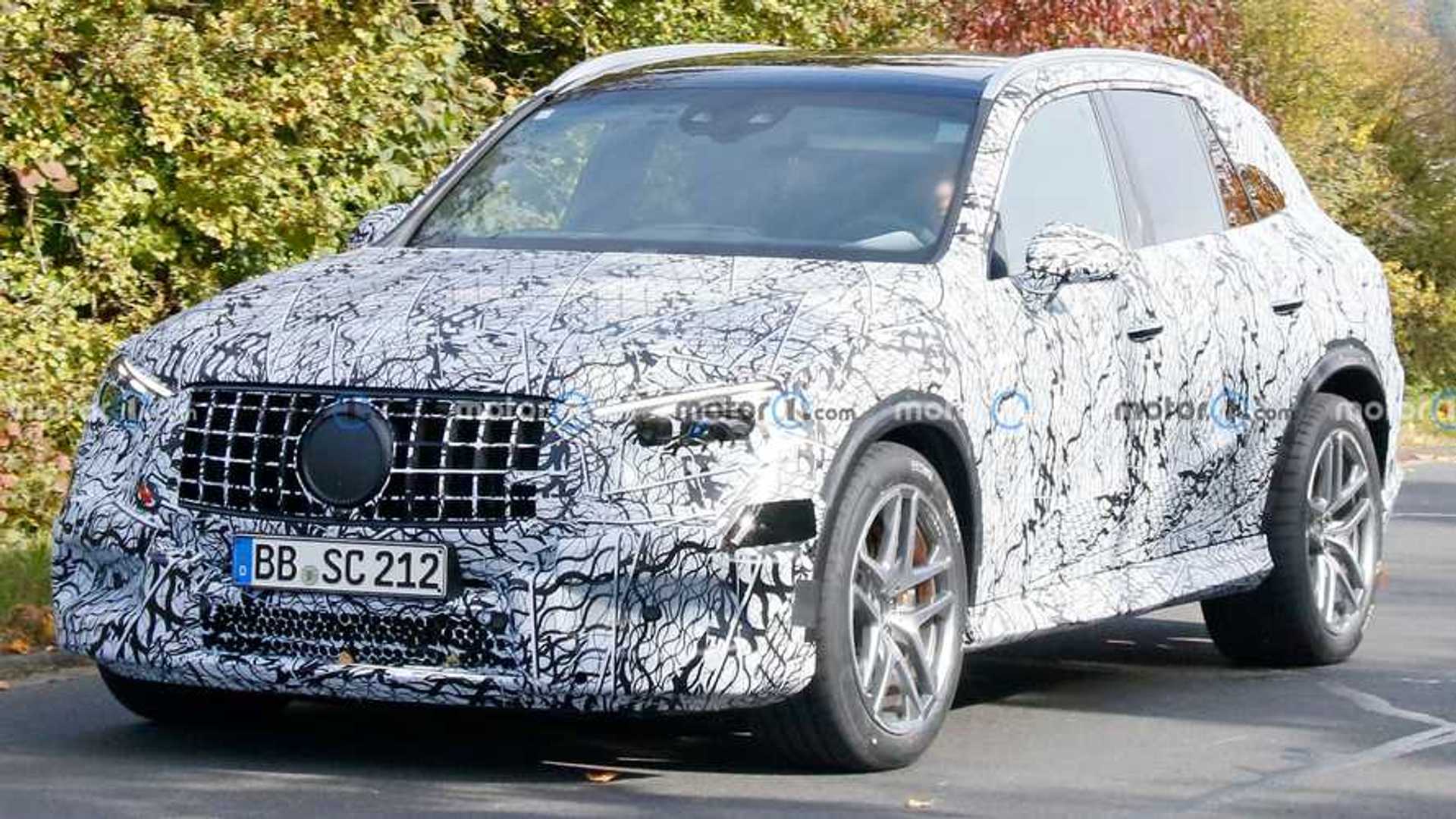 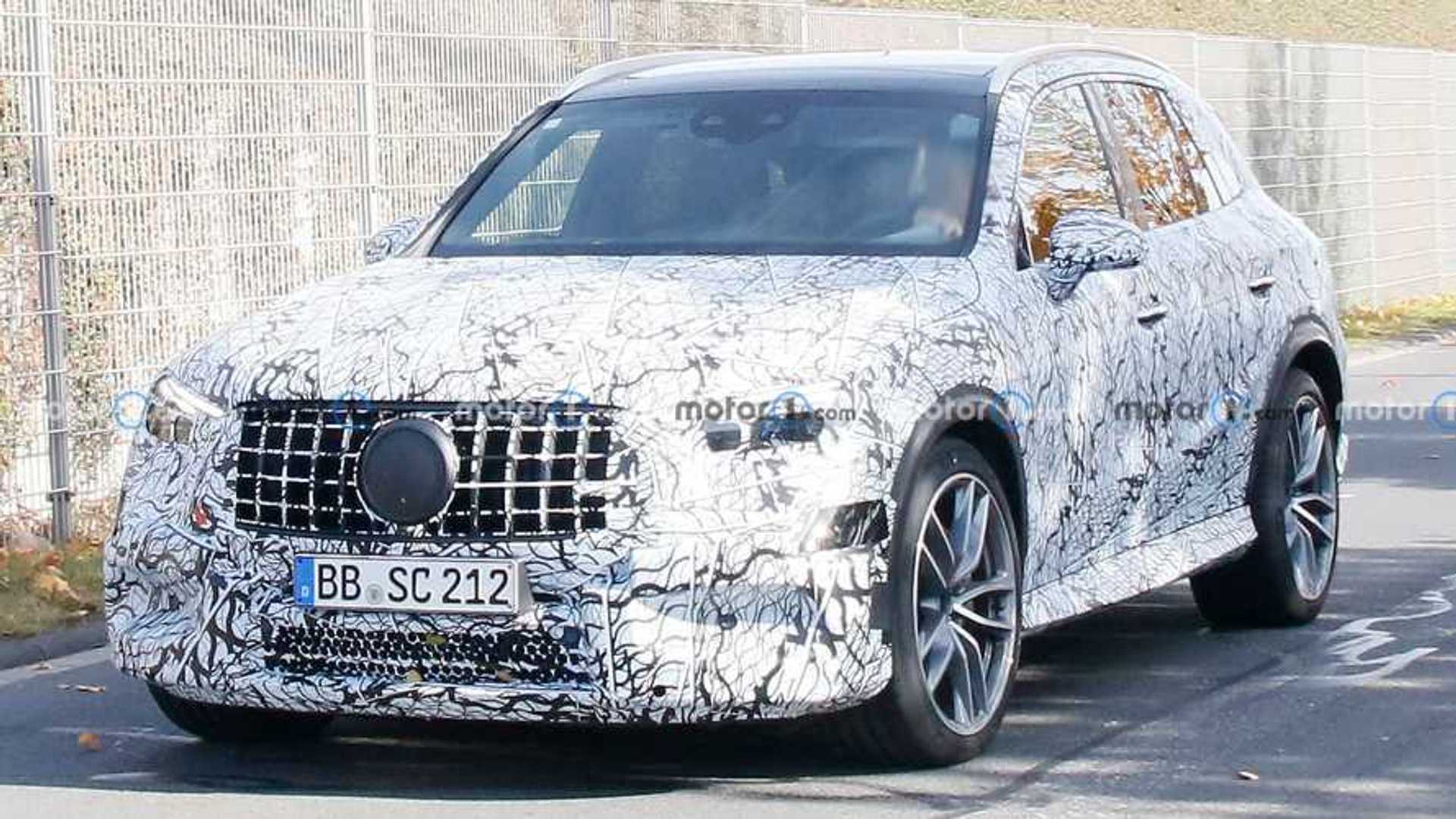 The next-gen GLC will share its underpinnings with the latest C-Class, which means the two AMG variants will likely share their powertrains. The next C63 AMG, a plug-in hybrid, will use the company’s M139 turbocharged 2.0-liter paired to a potent electric motor. The car’s combined output would be 643 horsepower (480 kilowatts), which should also find its way into the AMG GLC. The current-generation GLC sports a twin-turbocharged V8 that makes just 469 hp (349 kW).

The next-generation Mercedes-Benz GLC should debut, though it’s unclear if the hotter AMG variant will break cover at the same time. The AMG GLC could debut later, which is often the case with the company’s performance models. If that’s what Mercedes plans to do, then we don’t expect the automaker to reveal the performance model until late next year for the 2023 model year. We’ll get a good look at the car’s design and interior when Mercedes introduces the regular GLC models in the coming months, previewing the AMG variant.