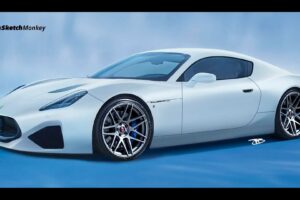 A new Maserati GranTurismo is coming. From what we’ve seen so far in camouflaged prototypes, it looks like it should be an attractive coupe with power to spare. That’s notable, because Maserati’s track record for appealing designs is generally positive. Some folks have certainly been critical of a few models over the years, including the previous-generation GranTurismo.

A new video from The Sketch Monkey addresses some of these concerns, all while crafting an unofficial rendering that could preview the new model. Using a combination of spy images with some Maserati MC20 influence, the forthcoming model is depicted with a bit more flare to the front fenders, smaller headlights, and a more aggressive stance that moves the wheels outward, filling the arches. In short, it’s a good look.

What’s interesting here is that the rendering doesn’t start with a GranTurismo spy photo. Oftentimes, such photos are modified to digitally “peel away” the camo wrap. Instead, the MC20 serves as the foundation for this rendering. GranTurismo spy photos are used for reference as the mid-engine supercar is digitally tweaked to become a front-engine 2+2 coupe. However, the end result – though technically a fictional rendering – could be an accurate preview of Maserati’s snazzy new GT machine. 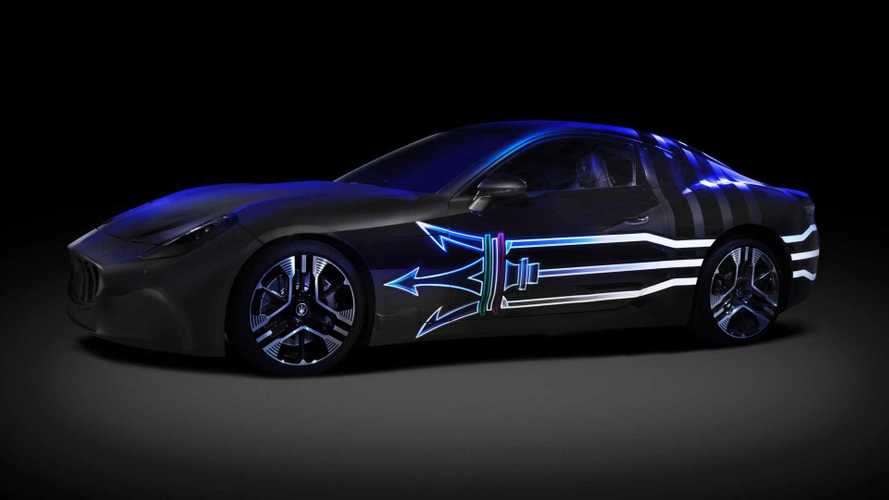 The automaker recently offered a teaser of the real deal, along with an official announcement that a bonkers all-electric version with 1,200 horsepower (224 kilowatts) is coming. Maserati previewed the Maserati GranTurismo Folgore on March 17, showing a car wearing a simple body wrap with stripes on the back and a large trident on the side, serving as a type of camouflage. The wrap still conceals smaller design details, and being a dedicated EV it doesn’t have the same arrangement of vents at the front. It also gets a special set of wheels, but overall it previews what the internal-combustion model will look like.

When will all the guesswork give way to facts? It should happen soon, possibly very soon. The GranTurismo was originally supposed to debut late in 2021 but was delayed until 2022. When it breaks cover, we expect the top-tier version to have the same twin-turbocharged 3.0-liter V6 used in the MC20, where it makes 621 hp (463 kilowatts). The all-electric Folgore version will follow in 2023.