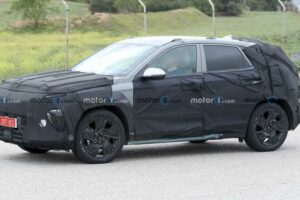 The next-generation Hyundai Kona is back in a new set of spy shots taken during tests on public roads in Spain. These new photos show a prototype with less camouflage than before powered by an internal combustion engine. It is still heavily disguised in some areas, though we can finally take a look at what’s the overall design language of the new crossover.

It comes as no surprise that the new Kona will share very similar styling with the current Tucson. This can be best seen around the wheels where angular wheel arches are lurking underneath the cloth coverings. These shapes strongly remind us of the larger Tucson and the same edgy design language can most likely be seen at the back, too. The rear end is still very much invisible to the eye, though. 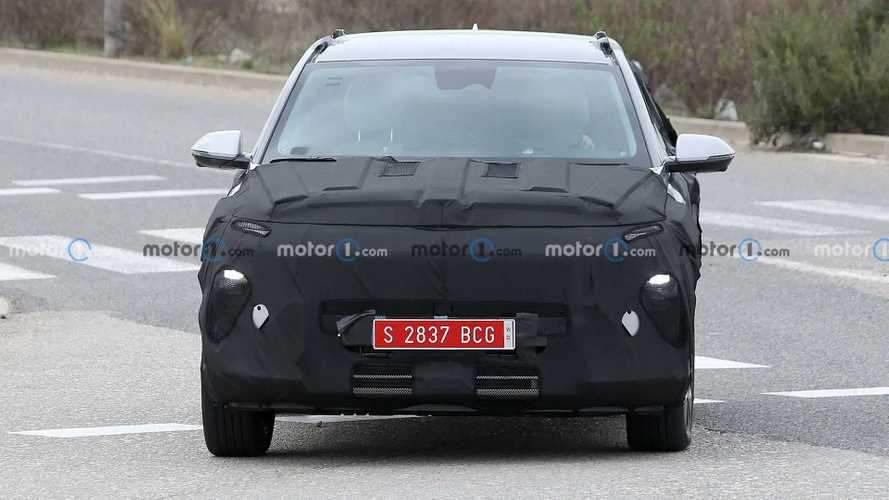 However, as you can see in some of the spy photos, there’s an exhaust mounted below the rear bumper. It sits perpendicularly and has one exhaust pipe pointing towards the ground. This could be an indication that this prototype probably has a diesel engine, though a compression-ignition option hasn’t been confirmed for the new Kona yet. As a refresher, the current Kona is available in some European markets with a 1.6-liter diesel engine, also found under the hood of the Tucson in some regions.

As far as the engine range of the new Kona is concerned, we don’t expect huge changes. Depending on the market, two electrified turbo gas engines should be on sale – with displacements of 1.0 and 1.6 liters, plus possibly a hybrid powertrain. The fate of the CRDi diesel is not known at the moment but we know for a fact there will be a next-generation Kona Electric, coming later during the model’s life cycle. Last but not least, there’s no word from Hyundai regarding a new Kona N, but we believe the performance crossover will survive to see a second generation.