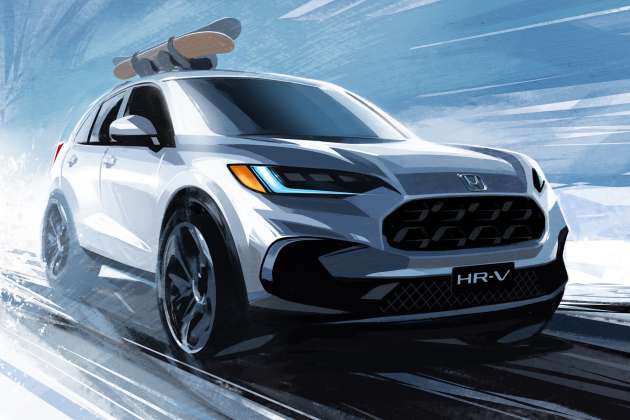 Last year, Honda announced it would be splitting the development of the HR-V, giving North America a different version from the rest of the world. While we’ve already seen the global version – which is likely coming here sooner rather than later – it’s taken this long for the company to give us an inkling of what the car for American buyers will look like.

This, then, is the HR-V for the United States, which looks very different from the one we’re getting. It has a very un-Honda front end, with a large, vaguely hexagonal grille framed by trapezoidal headlights and a U-shaped air intake design. There are definitely shades of Ford in there. 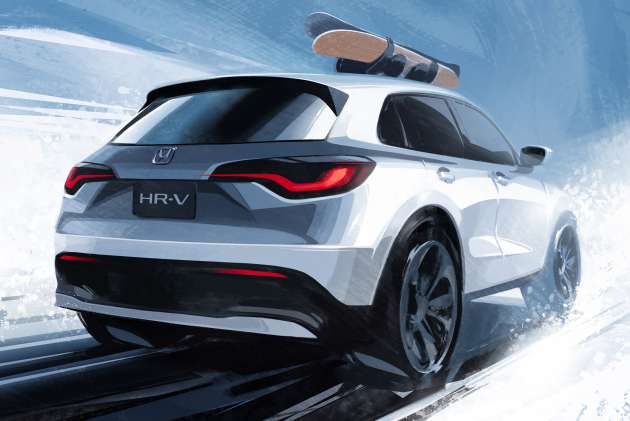 It also appears that the US HR-V is larger than the one sold elsewhere, as the additional rear quarter light windows suggest – the global car’s side windows end at the C-pillars. Perhaps Honda is gunning to steal a share of the pie from the Toyota Corolla Cross, which has also recently been revealed for the US market. The L-shaped taillights give the rear end an almost Acura-like look to it.

No technical details have been revealed just yet, but expect the American HR-V to share its engines with the Civic. These include a 150 hp 2.0 litre naturally-aspirated i-VTEC four-cylinder and a 180 hp 1.5 litre VTEC Turbo mill, similar to what the Civic was launched here with yesterday. Both will likely paired to a CVT, with all-wheel drive possibly being made an option; a e:HEV hybrid model can also be expected down the line.