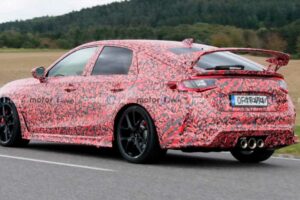 The last couple of days have been busy in the Civic Type R world. Honda shared some “spy” photos, and then we caught video of the car in action sporting a single janky exhaust pipe. Not to fear, hot Honda fans – that pipe was just for testing purposes. A new round of decidedly unofficial Type R spy shots feature another red-wrapped prototype with all its production components, including the triple exhaust finishers out the back.

Whereas Honda offered up just a pair of photos, our spy photographer grabbed 14 as the prototype went by. We already know the next Type R won’t be as flamboyant as the outgoing model, but these shots offer a bit more context as to just what that entails. The front fascia features a large lower intake flanked by a pair of side intakes that look clean and aggressive without being shouty. The theme continues along the sides where we see rocker trim with a winglet in front of the rear wheel, similar to the current model. 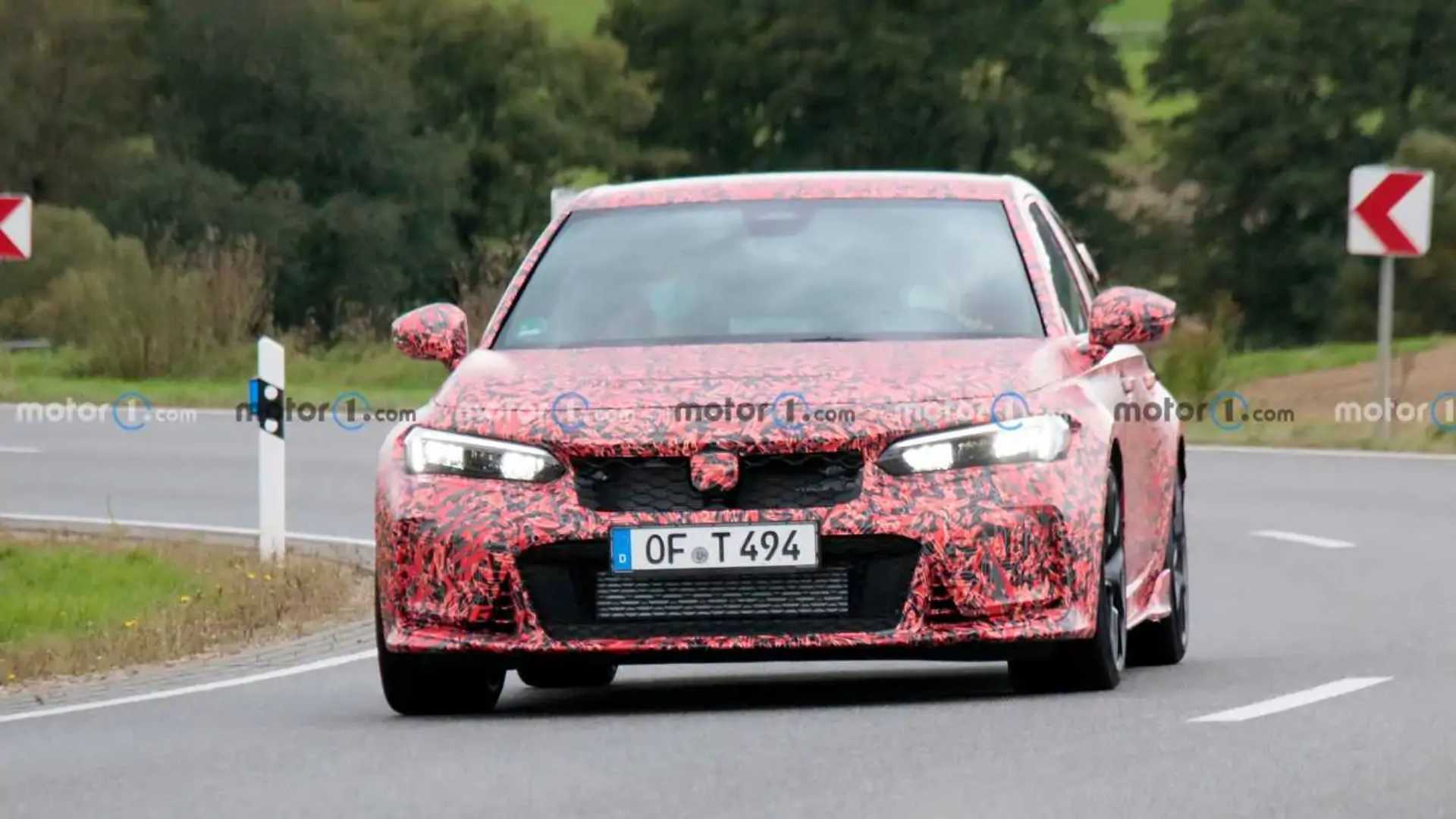 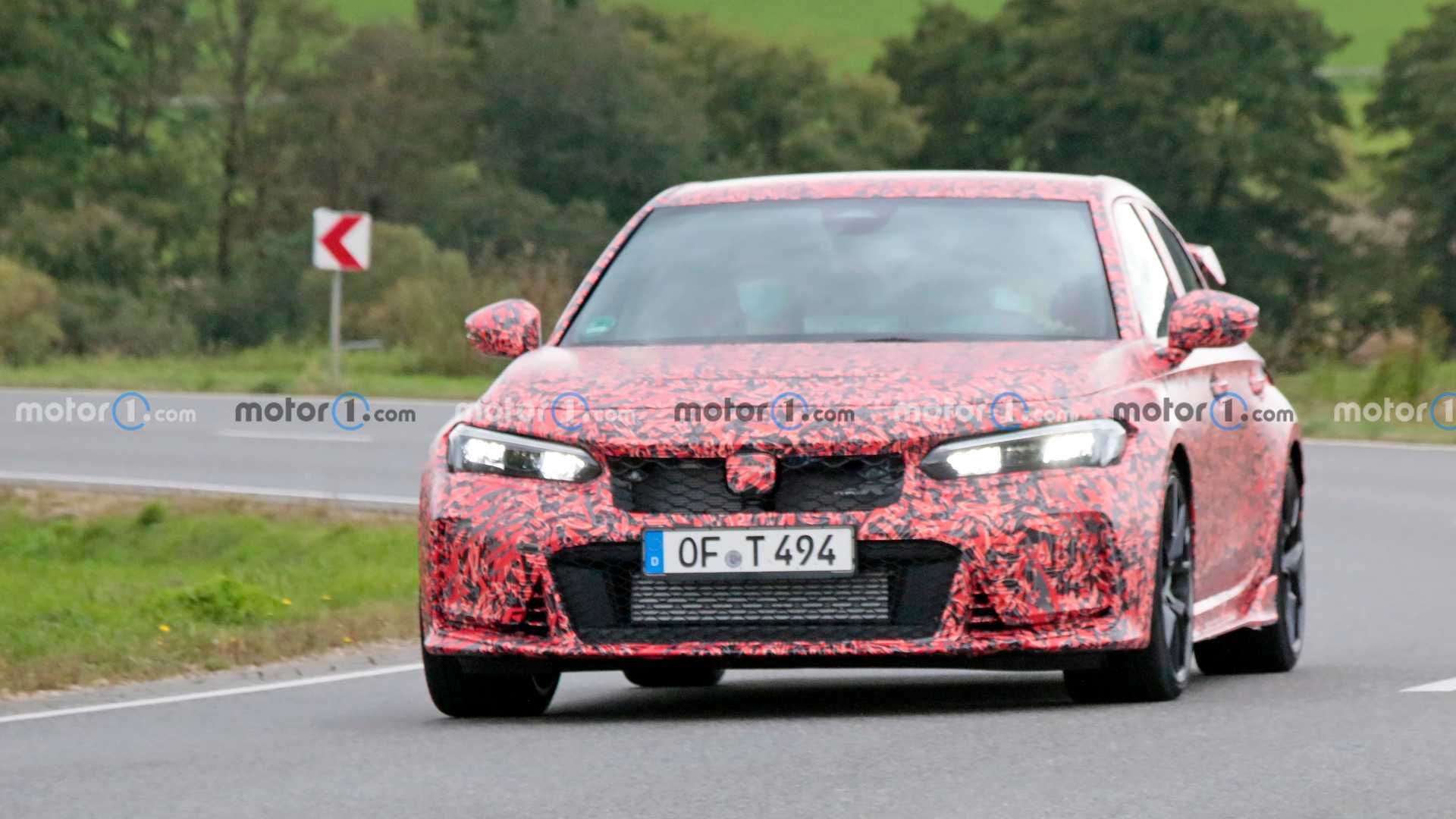 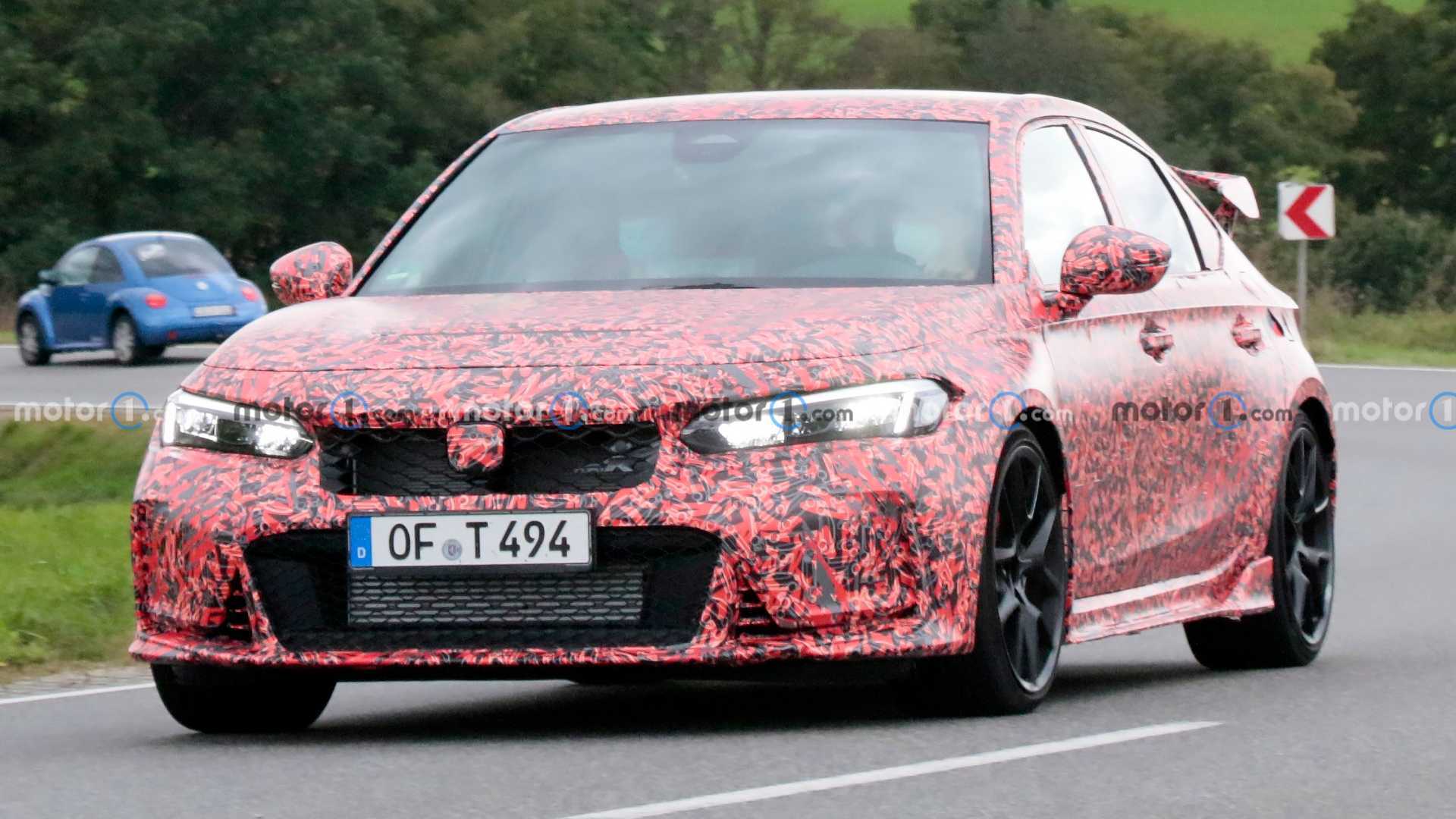 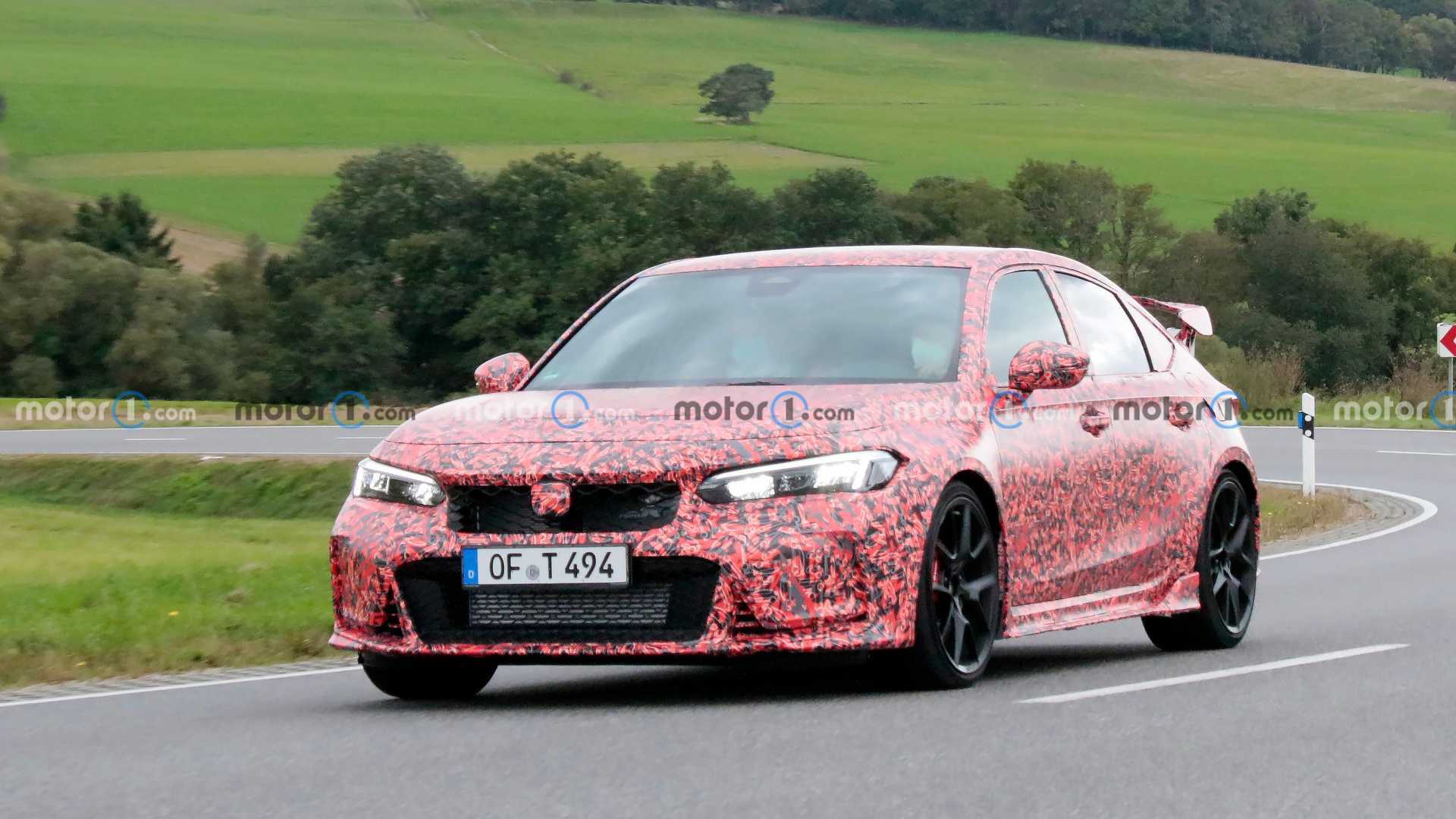 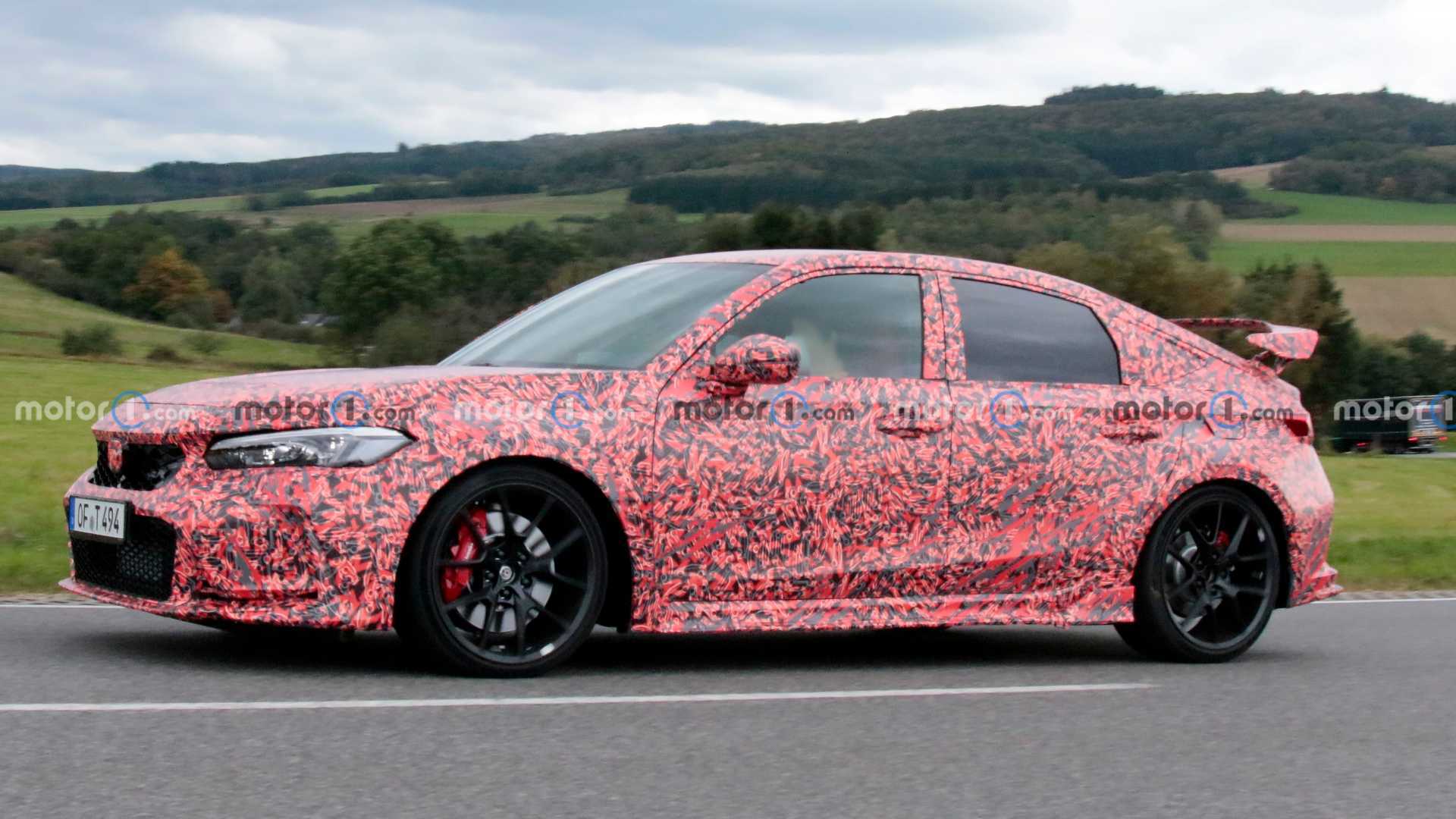 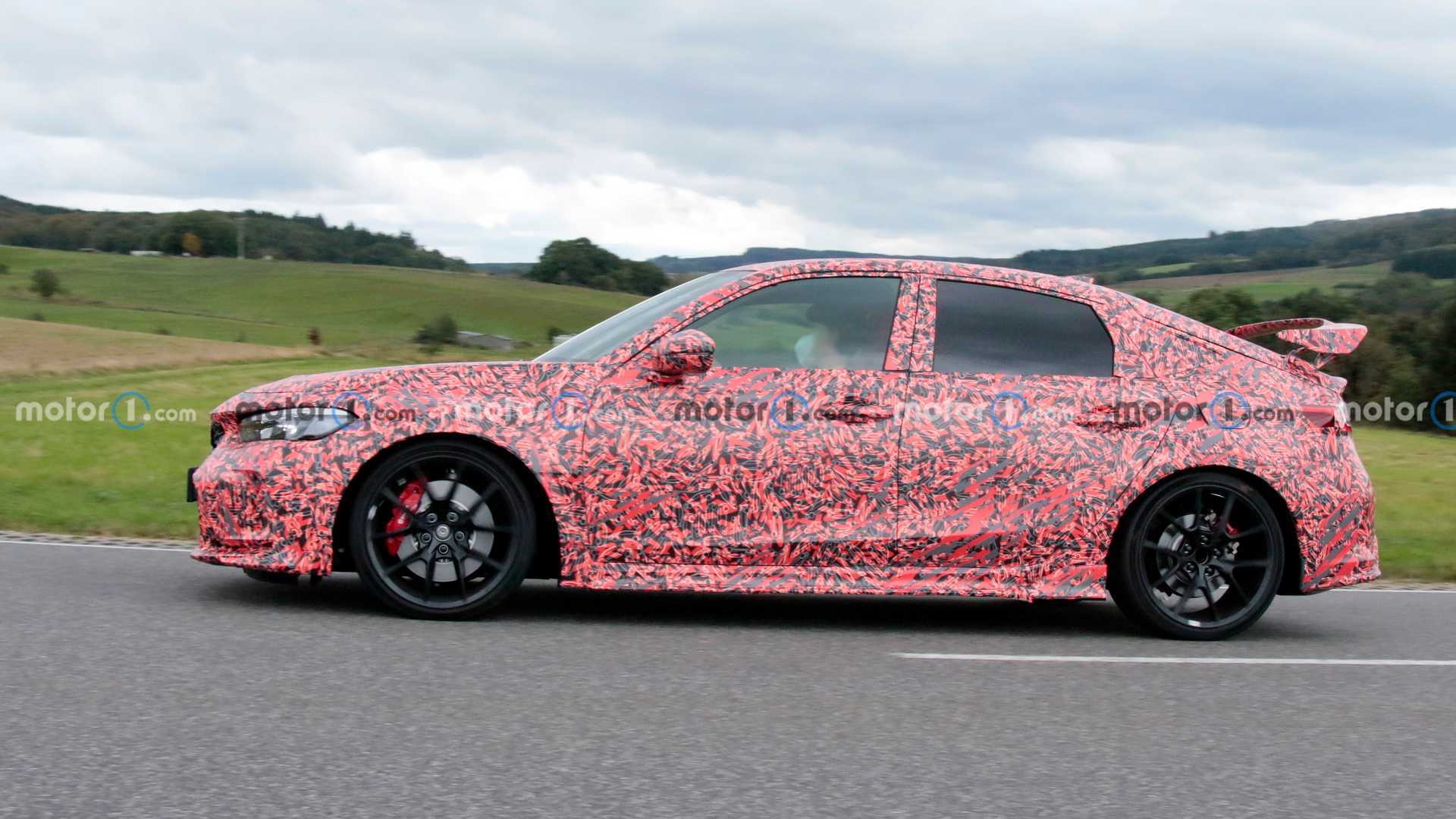 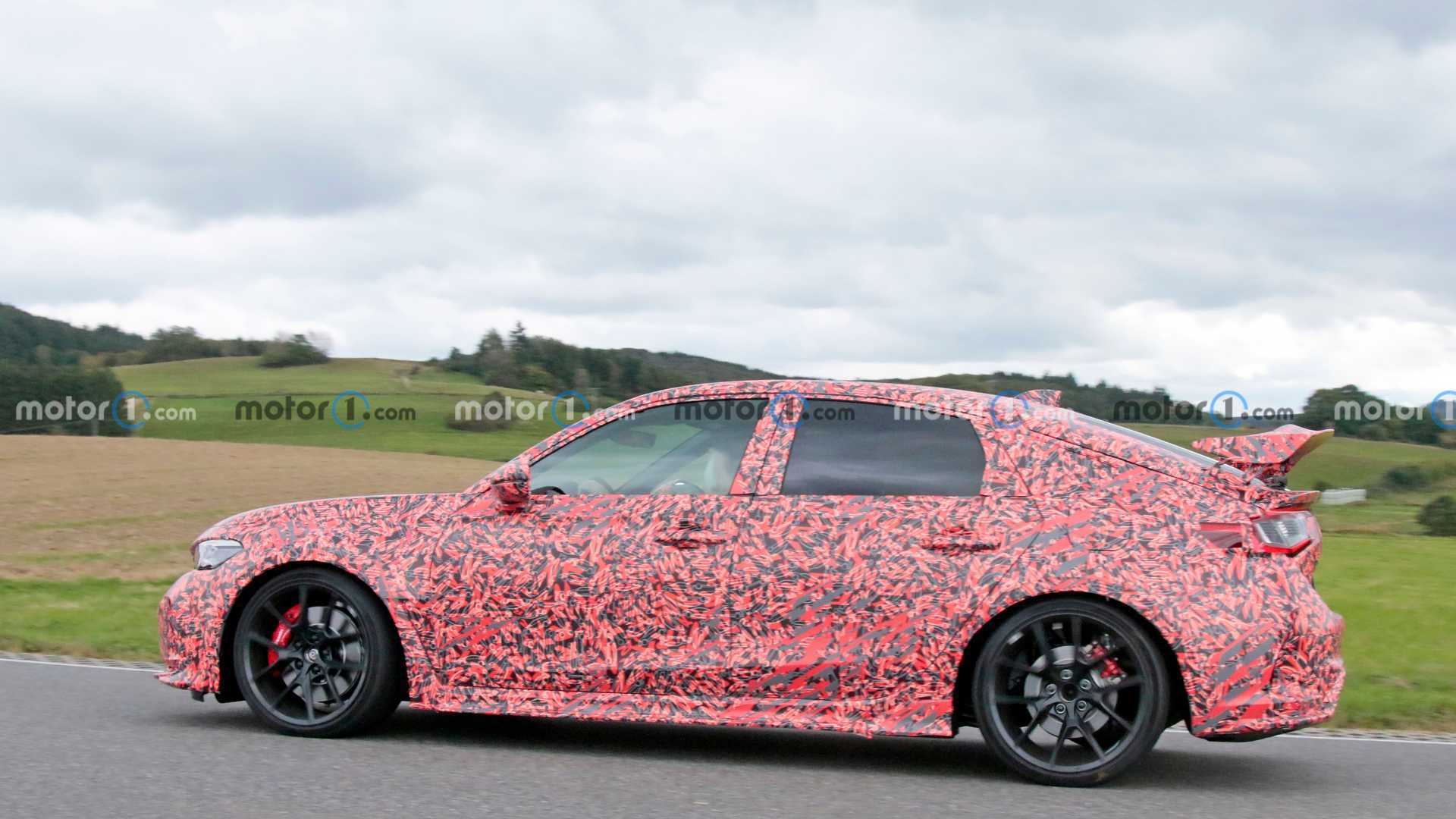 The biggest difference comes at the rear. Yes, that spoiler is large and in-charge, but barring clever panels hiding vents under the camo wrap (which actually is a menagerie of Rs when you look close), we’ll have a modest pair of side vents flanking the center-exit exhaust. It’s a far cry from the current Type R with its large corner vents and a plethora of contrasting angles.

As for what’s under the skin, expect to see a tweaked version of the current 2.0-liter turbocharged four-cylinder, turning just the front wheels with a six-speed manual. A slight bump in power is virtually guaranteed, but with front-wheel drive enduring as the order of the day, don’t expect much more than the current Type R’s 306 hp (228 kilowatts).

The wrap should come off sometime next year as a 2023 model.