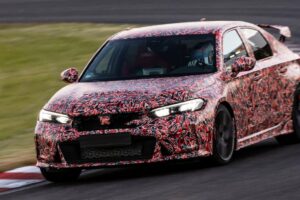 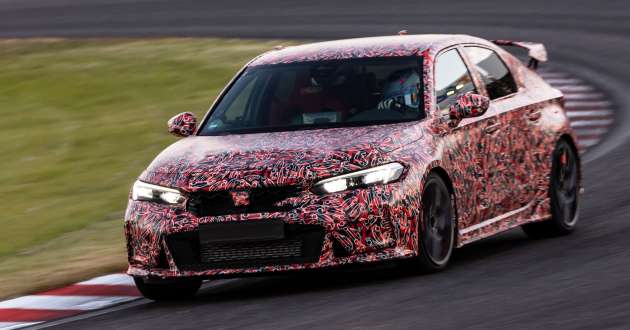 Honda hasn’t fully unveiled the all-new Civic Type R yet, but the upcoming hot hatch has already set a new front-wheel drive track record at the Suzuka Circuit in Japan. The successor to the FK8 Civic Type R will once again be based on the hatchback variant of the Civic, which is currently in its 11th generation (the current Civic Hatchback’s model code is FL).

According to the Japanese carmaker, a prototype of the latest Civic Type R managed to lap the Suzuka Circuit’s 5.8-km (3.6-mile) figure-eight configuration in just 2 minutes 23.120 seconds. For context, the FK8 Civic Type R Limited Edition – a lightened and track-focused version of the outgoing car – is slower by almost a second with a time of 2 minutes 23.993 seconds.

As with most record attempts these days, Honda also uploaded a video of the record-setting lap and included telemetry data such as speed and g-forces. We don’t get to see much of the cabin, but it shouldn’t differ that significantly from the current Civic Hatchback. However, we do get to hear the new Civic Type R’s soundtrack, which certainly sounds a lot more exciting than the outgoing car. 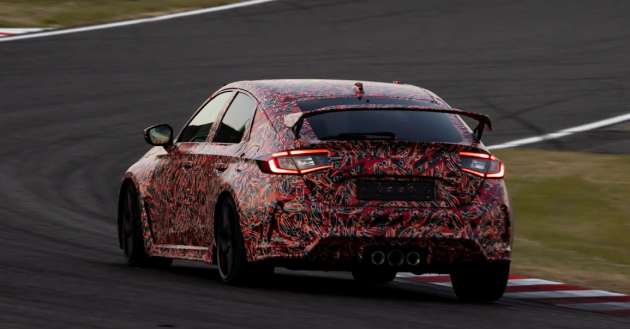 There are also some photos to go along with the announcement, although there isn’t much new that we haven’t already seen. Key design elements like larger intakes on a more aggressive front bumper, widened fenders, side skirts, reshuffled triple exhaust pipes and a big GT-style rear wing are all as per the prototype shown last October.

Reports suggest the new Civic Type R will get an upgraded version of the existing K20C1 2.0 litre turbocharged four-cylinder engine, which currently makes 320 PS (306 hp) and 400 Nm of torque in the FK8 model. A manual transmission is a definite, if the test driver’s hand movements in the car aren’t already obvious enough.

The was even a wilder rumour going around previously that claimed there will be a hybrid all-wheel drive system with electric motors for 400 PS, although this is no longer a possibility since the new record set is for FWD production cars, as mentioned at the start. Honda says the new Civic Type R will make its global debut this summer this year, which in the United States, is between June and August.