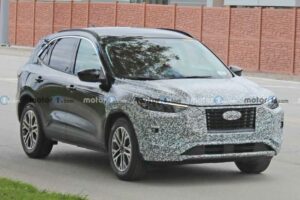 We know an updated Ford Escape is coming. In fact, we recently featured an unofficial rendering depicting how the next model could look. Now, we have a nice set of spy shots showing a camouflaged prototype that we believe will debut for the 2023 model year.

As you can see, we are dealing with a modest facelift as opposed to an all-new model. That comes as no surprise, considering the current model is barely two years old. The fourth-generation Escape launched in 2019 as a 2020 model, but the compact SUV segment is one of the most crowded, most competitive groups in all of motoring. Staying fresh amid an overwhelming sea of choices is absolutely necessary to maintain sales.

This facelift should indeed freshen the Escape, and not just with a new set of headlights. The camo wrap on the front fascia is tight-fitting, allowing us to see the outline of the grille. In short, expect a bit more aggression compared to the current model, which was a radical car-like departure from the previous-generation Escape. We see a wider grille sitting at the top of the revamped fascia, flanked on either side by narrower headlights. It’s not unlike the unofficial rendering we mentioned previously. 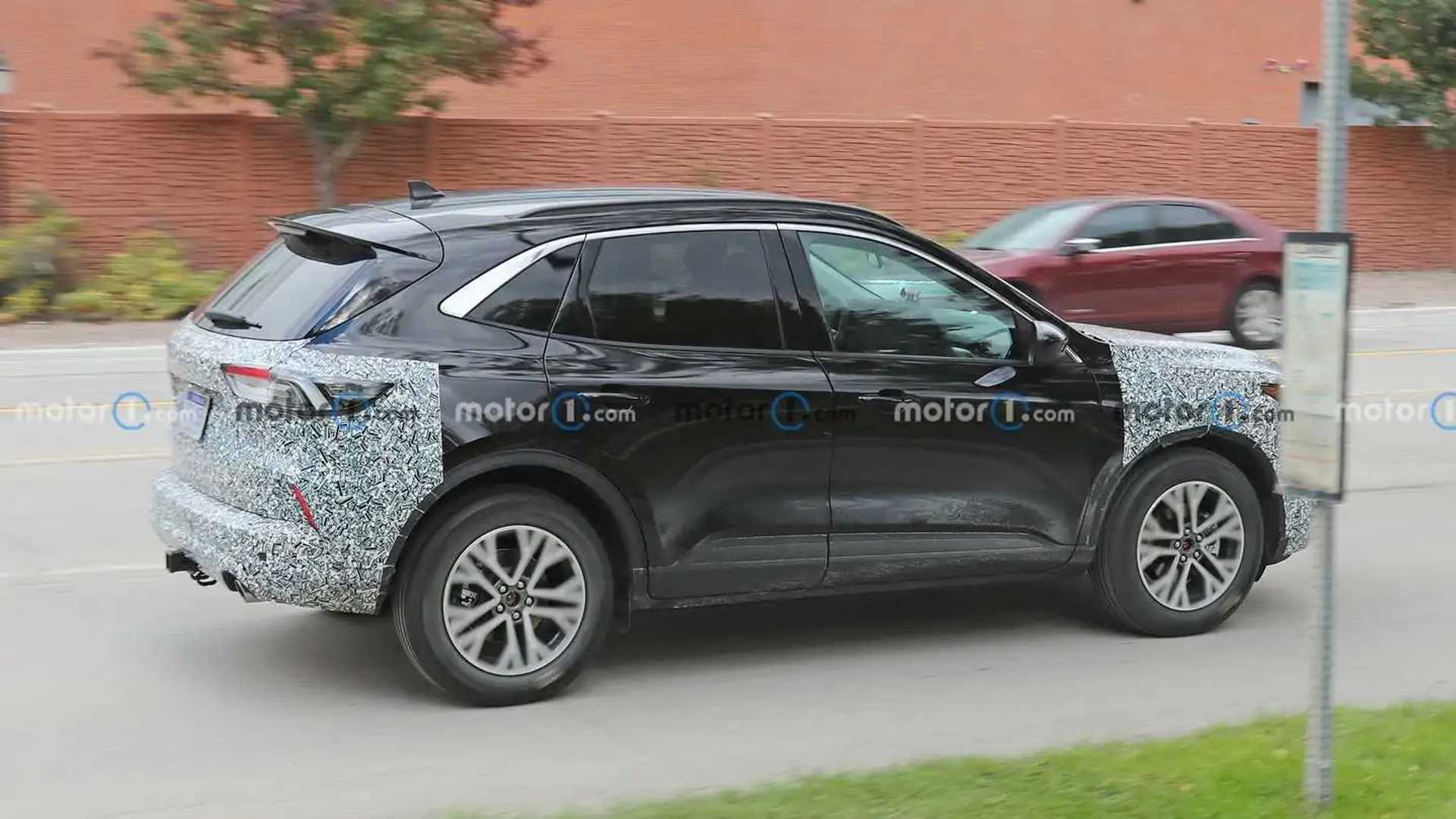 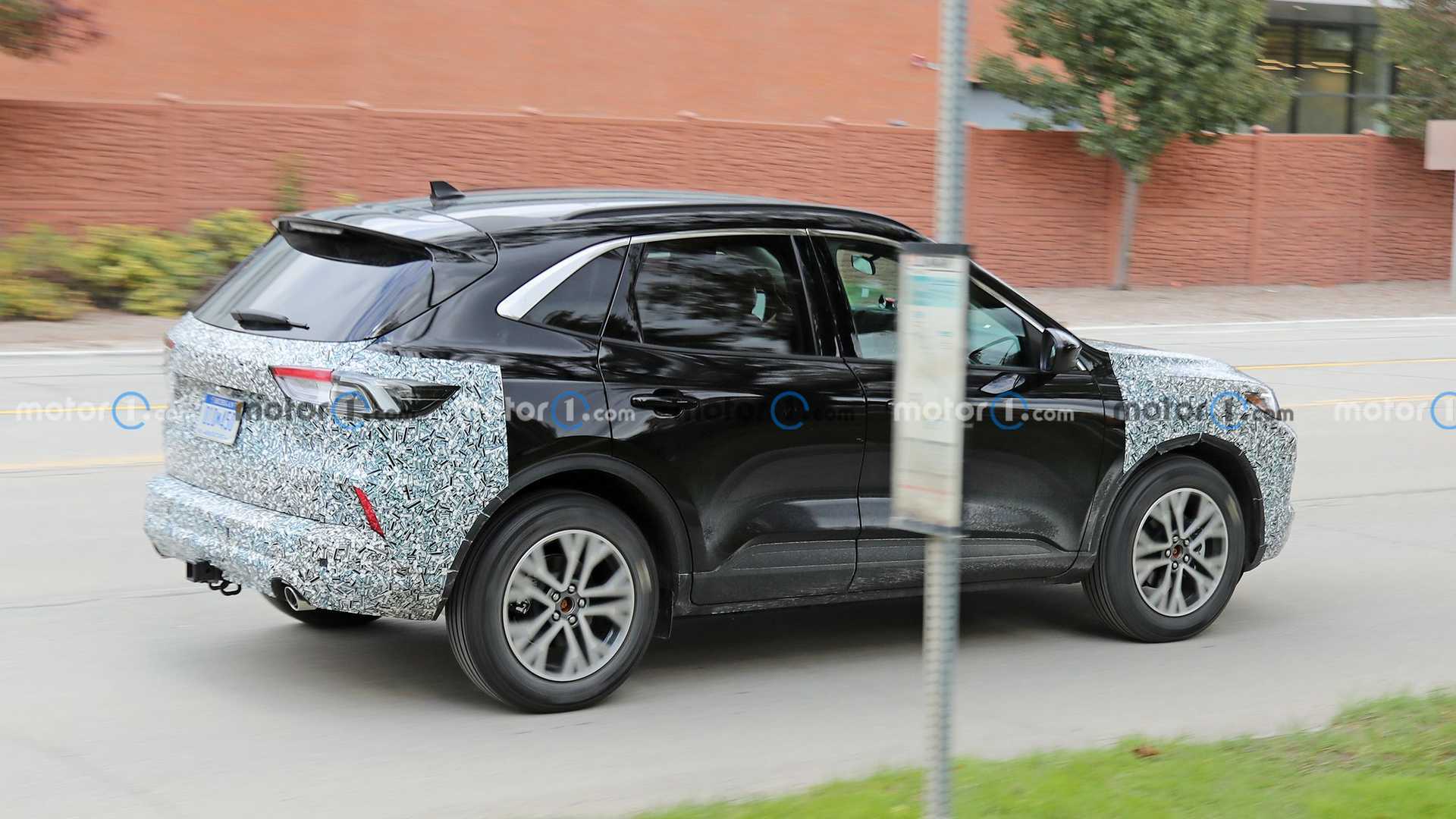 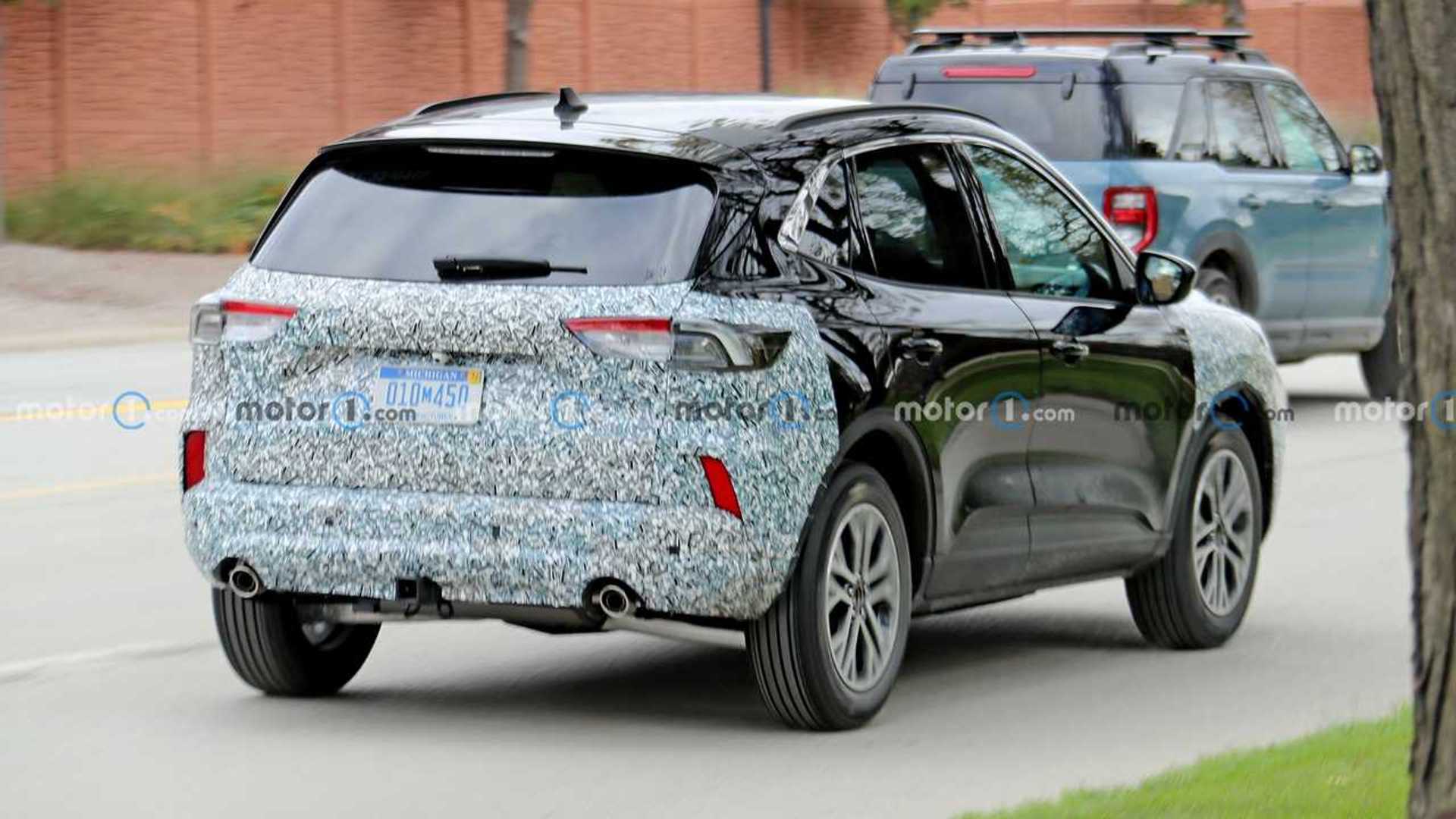 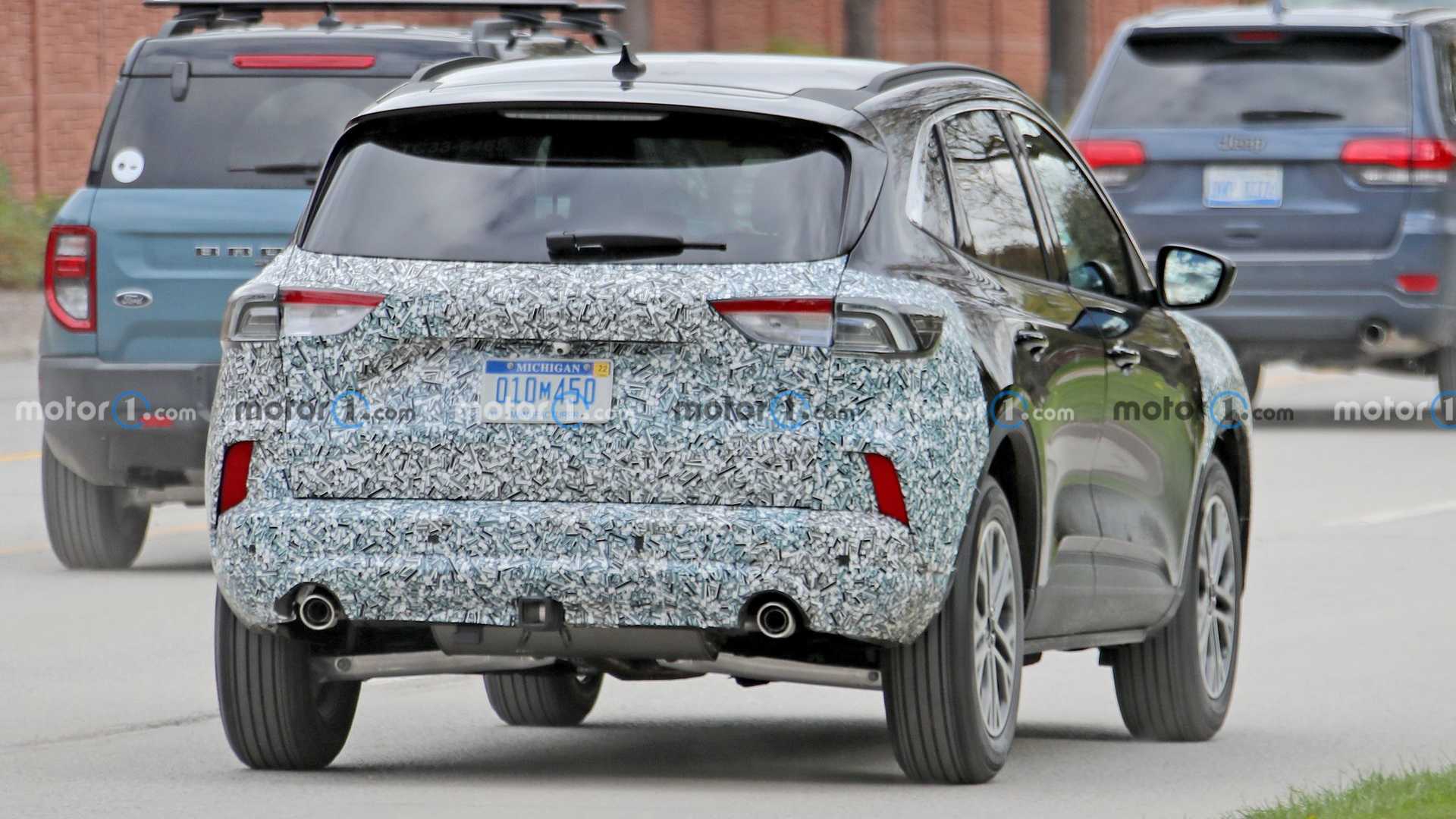 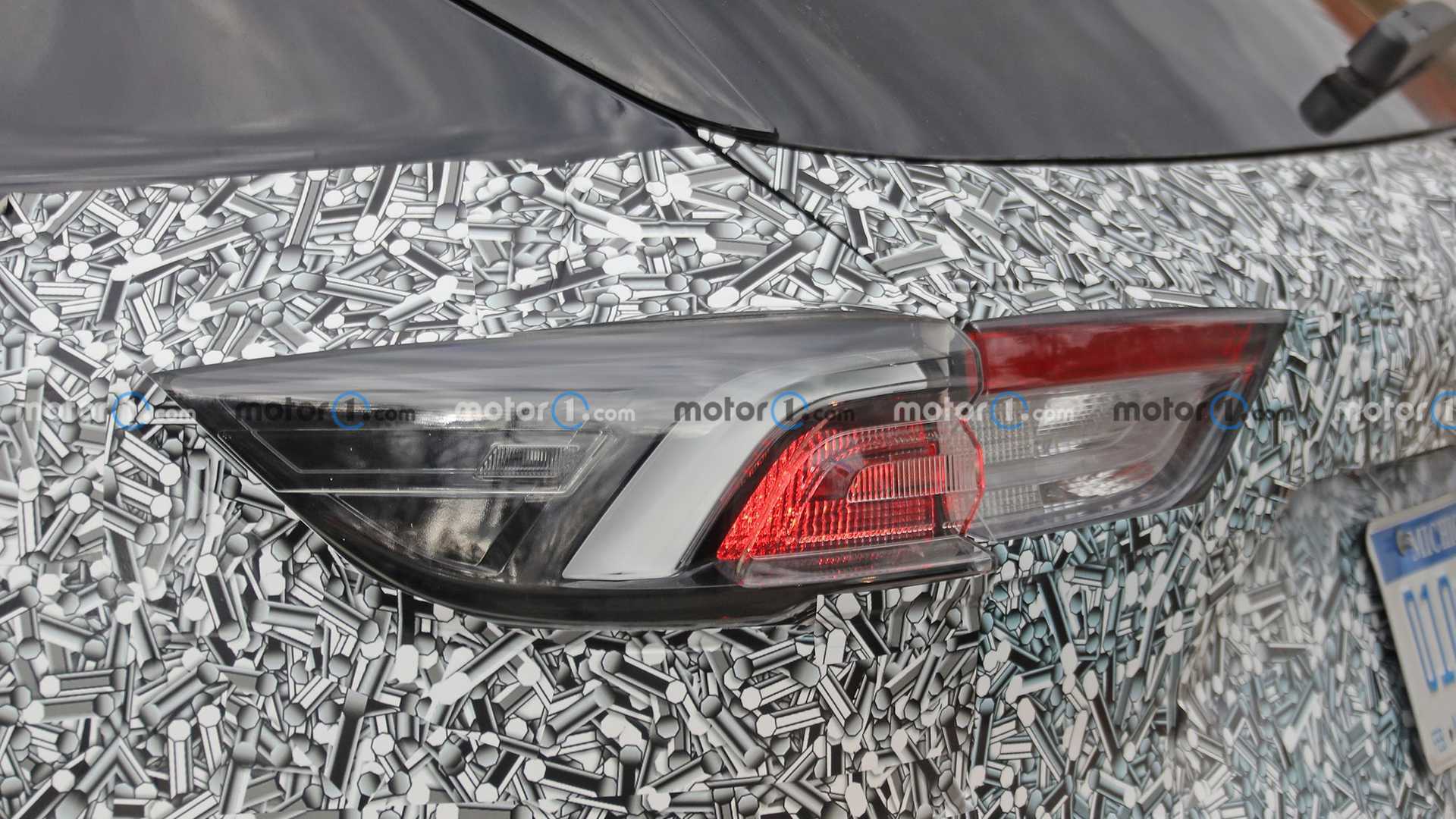 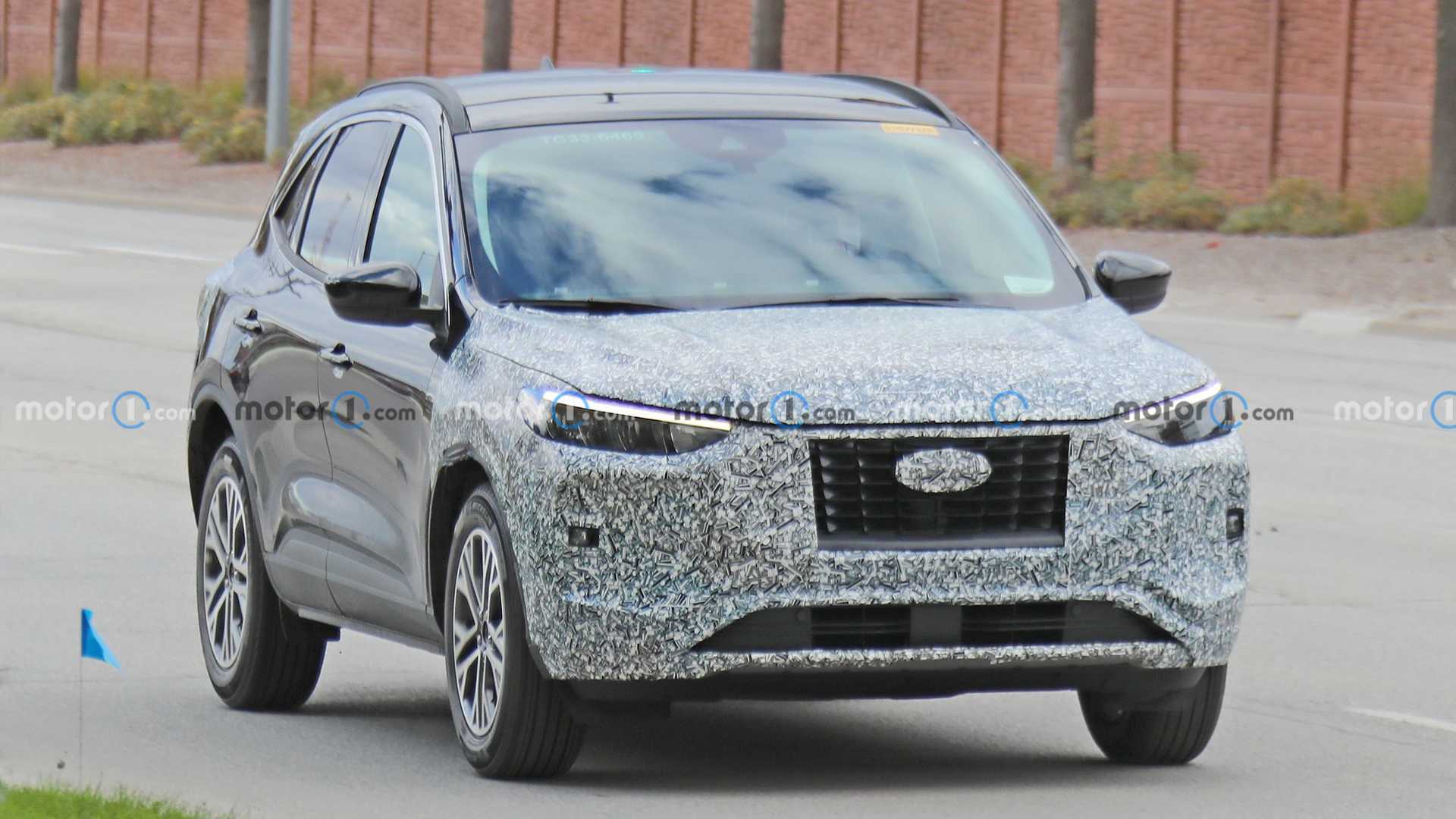 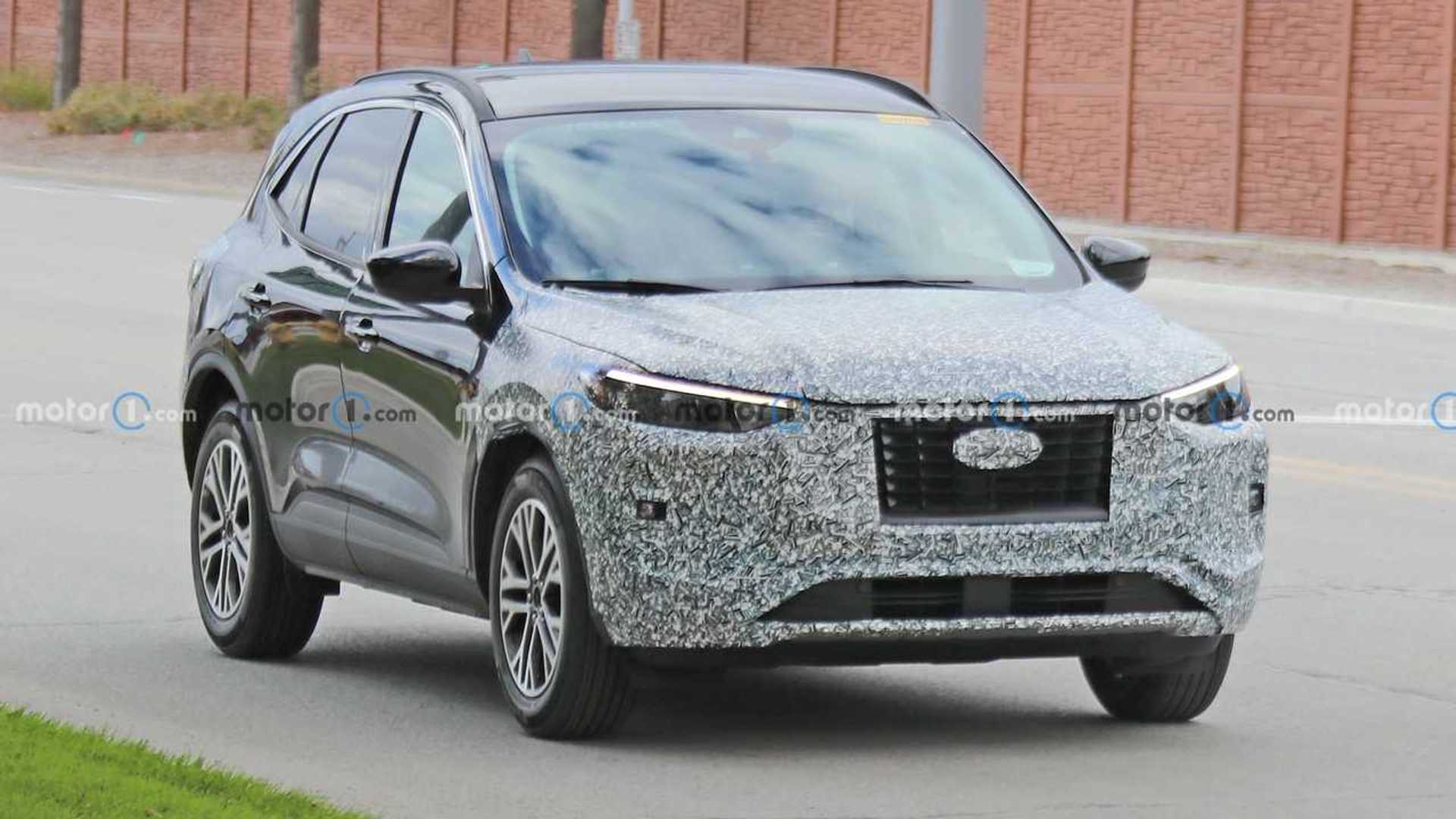 Things at the back are less obvious. We aren’t seeing any noticeable differences, but the taillights appear to be mismatched placeholders. The lenses match what we see on the current Escape, but the clear corners obviously aren’t factory stock. Further down, the corner reflectors and dual exhaust outlets also match the present-day Escape. We suspect there are only minor updates to body lines hiding under the wrap.

At this early stage, we’ve heard nothing about interior or powertrain changes. Engine options will almost certainly remain the same, and interior upgrades will likely stick to new colors and revised trim. Updated electronics are quite likely, and it’s possible Ford’s BlueCruise driver-assist system could see its way to the Escape. That would give the compact SUV an edge over competitors in the segment.

If Ford reveals the updated Escape next summer, that would be three years from the current generation’s debut and that lines up with a typical mid-cycle refresh schedule. If that theory is correct, it would make the refreshed Escape a 2023 model, going on sale towards the end of 2022.