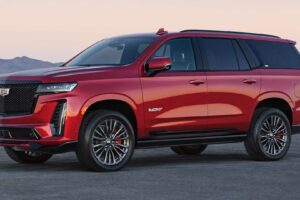 We don’t know much about the 2023 Cadillac Escalade-V. Rumors have circulated for years, but it’s only now becoming a reality. Details remain super thin, but Cadillac is providing our first official look at the new high-performance SUV today.

What new information does Cadillac provide alongside our first set of official photos? Not much, actually. There is a full reveal scheduled for this spring. That’s when we’ll get more information about the performance SUV, including a full rundown of its specs. 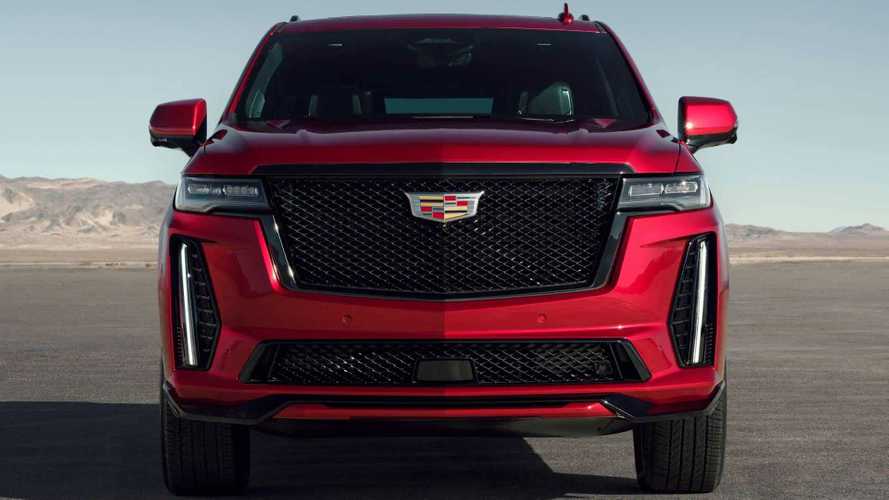 Cadillac has done a remarkable job keeping details about the Escalade V-Series a well-guarded secret. We have no idea what powertrain will power the SUV, but rumors suggest that Cadillac will use the supercharged V8 that powers the CT5-V Blackwing and Chevy Camaro ZL1. The Escalade already has a V8 – a 420-horsepower (313-kilowatt) 6.2-liter V8. The Blackwing engine makes 668 hp (498 kW) while the Camaro’s pumps out 650 hp (484 kW).

While we lack any concrete details about the SUV, we get some visual information in the form of five photos, and, surprise, it looks like an Escalade. The new SUV has its own distinct visual touches, though. It has a unique front-end design with a new mesh grille and a revised lower bumper. The daytime running lights also have new, sportier-looking housings.

At the rear, things are a bit more subtle, but there’s a new lower valance, and it’s impossible to miss the four large, round exhaust tips sticking out. We get one interior image that reveals a new V badge on the steering wheel, though we suspect there will be other V-Series interior touches. Adding to the Escalade-V’s unique aesthetic is the blacked-out trim that replaces the chrome bits.

When Cadillac holds its official reveal this spring, we’ll get a complete look at the SUV alongside all the other juicy details. There’s no date set yet, but we expect Cadillac to begin a teaser campaign ahead of its launch. We’ll keep an eye out for any new details, too.