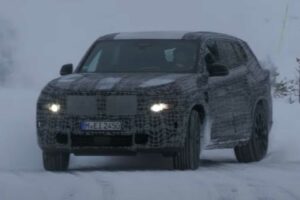 One could probably say BMW has more SUVs than it needs in its lineup but it seems that there’s no such thing as too many SUVs and crossovers. The Bavarian company is working on a brand new flagship utility and it is currently testing with its production body, equipped with provisional lights. It was recently caught on camera being evaluated on a snowy proving ground, unleashing all its hybrid power to go sideways.

It is difficult to talk about the design of the machine since it is still pretty much completely camouflaged. There are even fake body panels attached to the front fascia creating a false perspective of the way it is going to look. However, we can already tell the XM as it is unofficially known is going to be massive and sport a sloped roofline. 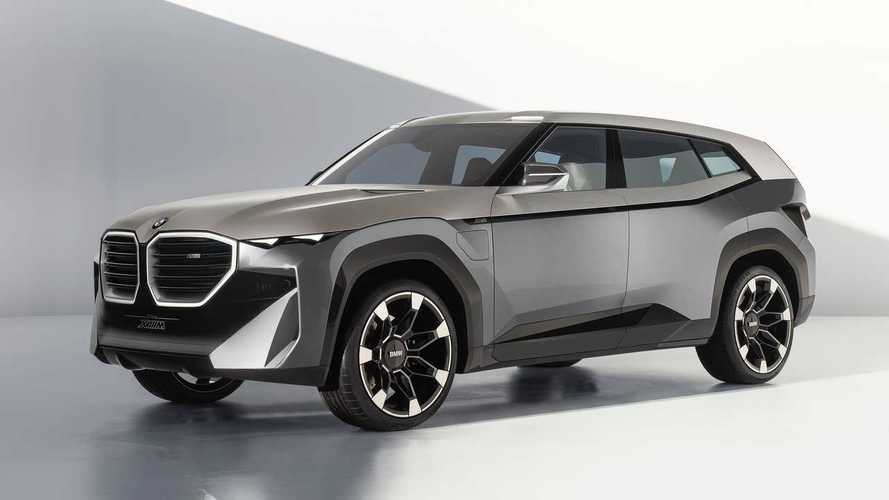 This being a spy video, we can take a look at the electrified SUV doing what it can do best in the snow. Traction seems to be decent and the power is more than enough to propel the large family mover quickly from a standstill. It looks stable in the corners, though in the early seconds of the video you can witness the test driver driving the XM like a rally car. Interestingly, the dance is not accompanied by an engine roar.

This is probably indicative of the powertrain that’s under the hood. According to early reports, the XM will be offered with three powertrain options with the most powerful one combining a V8 engine with a hybrid system. This version is expected to deliver around 750 horsepower (551 kilowatts) and 737 pound-feet (1,000 Newton-meters) of torque, judging by the figures released about the XM Concept. An electric range of about 30 miles (48 kilometers) at a single charge can be expected.

It’s difficult to say when the production version of the XM will arrive, though there are rumors suggesting this could happen later this year. If this is indeed correct, we can expect the large hybrid SUV to go on sale early next year.