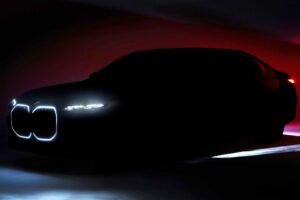 A new BMW 7 Series doesn’t come often as the G70 model debuting today will only be the seventh generation in 45 years. Whether we’re talking drivetrains, technology, or features, it’s going to be radically different than its predecessors. It’s especially true when it comes to styling, particularly the front with a massive grille flanked by split headlights. This look was seen on the X7 facelift and will be adopted by the XM later in 2022.

While we’re cautiously optimistic about the exterior styling, we have high hopes about the cabin. The next-generation 7 Series is switching to the iDrive 8 and will usher in a new rear-seat entertainment system with a gigantic 31-inch, 8K display. Teasers have shown it will adopt the same “less is more” approach as the iX by eliminating most physical buttons to clean up the dashboard. 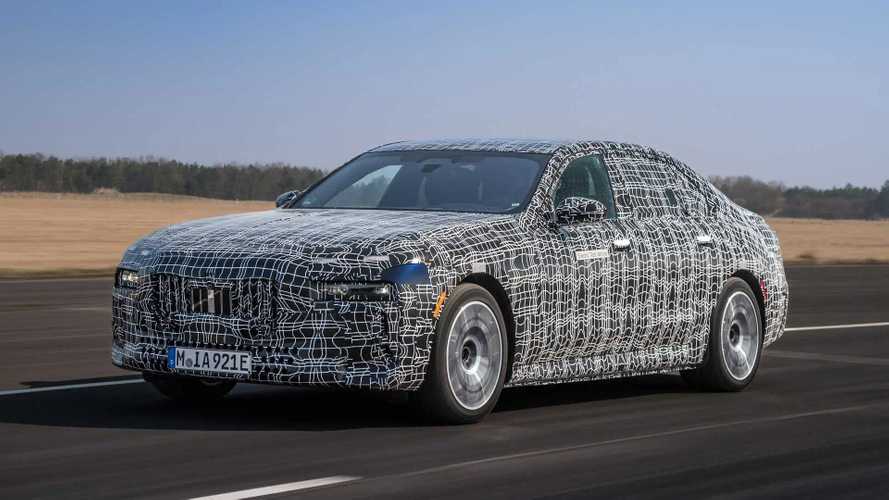 Today’s livestream will be about the i7, the first electric 7 Series. It’ll be joined by gasoline- and diesel-fueled models as well as by plug-in hybrid derivatives. BMW doesn’t have a dedicated EV platform yet, so the zero-emissions sedan will share the CLAR underpinnings with the combustion-engined 7er. Consequently, the two sides of Bavaria’s flagship should look just about the same. Think i4 and 4 Series Gran Coupe.

If you believe there’s no replacement for displacement, we have some bad news to share. The twin-turbo, 6.6-liter V12 engine of the M760i won’t live to see a new generation. That doesn’t necessarily mean the new 7 Series in its more potent guise will have less than the 601 hp offered by the old twelve-cylinder car. Our money is on an even more powerful fully electric i7 with dual motors considering the iX M60 is rated at 610 hp.

All the spy shots we’ve seen in recent months have shown prototypes featuring the same size. That tells us BMW might have decided to sell the next-gen 7er with a single wheelbase rather than splitting it into SWB and LWB again. Seeing as how an i7 is planned, the distance between the axles will be more than generous to fit all those batteries and deliver a range worthy enough for a flagship car.

We will have all the details once the livestream starts at 12 PM GMT / 8 AM EDT.