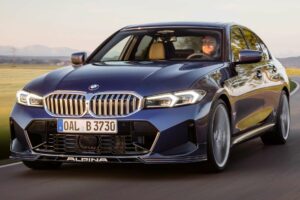 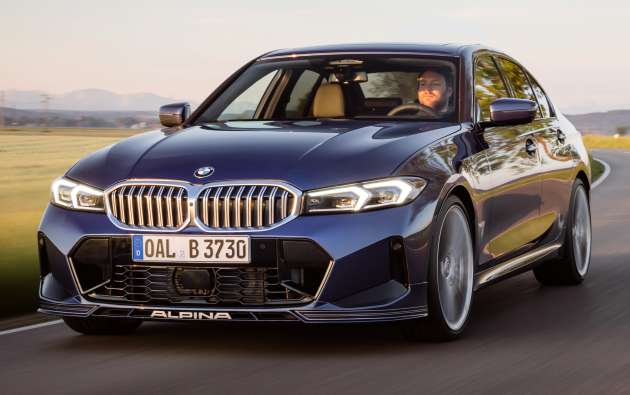 Alpina may now be under BMW’s umbrella, but there’s still another four years for the Buchloe-based outfit to let its hair down by doing its own eccentric modifications to Munich’s vehicles. And it has done so in convincing fashion by laying its hands on the newly-released G20 3 Series facelift, creating the updated B3 and D3 S.

Based on the M340i and M340d respectively, the cars utilise the same B58 and B57 3.0 litre turbocharged straight-six petrol and diesel engines (the latter with 48-volt mild hybrid technology, providing 11 PS in accelerative boost) as before. The petrol-powered B3 has been fettled with Alpina’s own twin turbochargers to produce a heady 495 PS from 5,000 to 7,000 rpm and 730 Nm of torque between 2,500 and 4,500 rpm, which is more than 120 PS more than the standard car and nearly equal to the latest G80 M3.

The also-biturbo oil-burning D3 S, on the other hand, has had a far more modest once over and pushes out 355 PS from 4,000 to 4,200 rpm. Mind you, that’s still 15 PS more than stock, and while it has the same amount of torque as the B3, it makes it further down, between 1,750 and 2,750 rpm. As with the M Performance models, the Alpinas get a ZF eight-speed automatic gearbox, driving all four wheels. 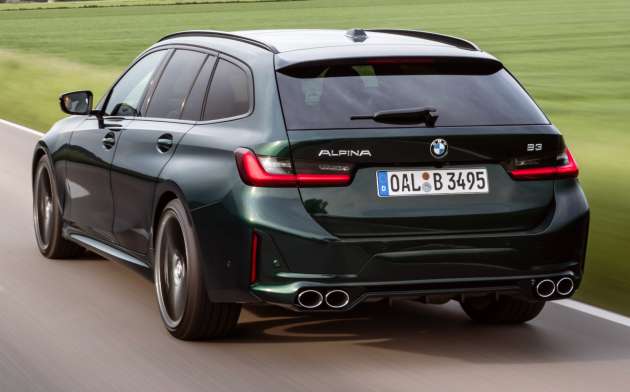 Under the skin, the B3 and D3 S get tweaked adaptive dampers with a unique Comfort+ setting to go with the usual Comfort, Sport and Sport+ modes. The BMW variable sports steering system also gets bespoke Alpina tuning, while the springs, bump stops and anti-roll bars are also new.

On the outside, the B3 and D3 S receive the latest front end design introduced on the 3 Series’ Life Cycle Impulse (LCI), including the sleeker headlights (no more Peugeot-style “fangs”) with inverted L-shaped daytime running lights, a more angular double kidney grille and the angrier M Sport exterior package with a massive hexagonal lower front grille and L-shaped front corner air inlets. 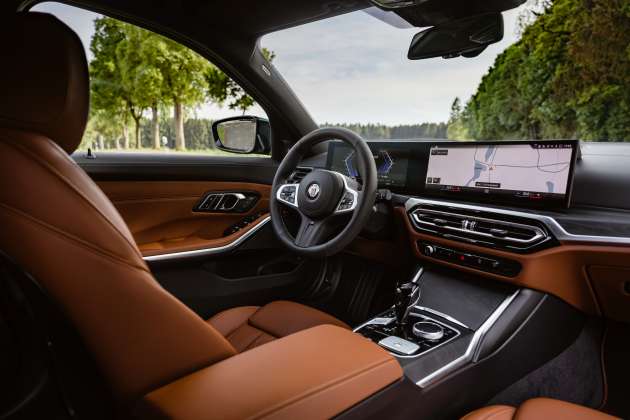 The usual Alpina aesthetic upgrades include a deep front chin spoiler, double-slatted front grilles, a revised rear diffuser with integrated quad round tailpipes and, on the sedan, a jutting boot lid lip spoiler. There’s also a range of massive 20-inch wheels, including the trademark multi-spoke items. The usual Alpina graphics package is also available, marking the front spoiler and the flanks.

Inside, the B3 and D3 S get the same BMW Curved Display as the updated 3 Series, incorporating a 12.3-inch digital instrument cluster (here with unique Alpina blue and green gauges) and a 14.9-inch infotainment touchscreen – both sandwiched under a single glass cover. The displays run on the latest BMW Operating System 8, which among other things moves the climate controls from the air vents into the touchscreen itself. 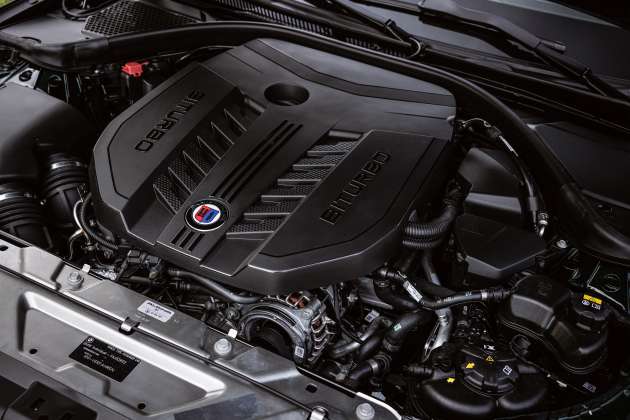 Alpina-specific touches in the cockpit are limited to unique badges on the steering wheel, seats, dashboard and carpets, plus new paddle shifters, Alpina-branded side sill scuff plates and a numbered plaque near the gearlever. The company has also reupholstered the cabin in naturally-treated Lavalina leather that can be dyed to virtually any colour the customer wants, with stitching and piping to match. You can also customise the embroidery and embossing on the seats to your heart’s desires.