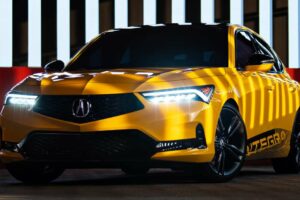 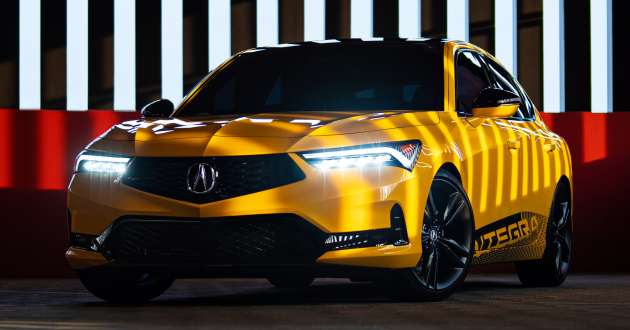 The Integra nameplate returns for 2023, but there’s not been a whole lot of additional information from Acura since it revealed a prototype last November. However, members of the Integra Talk forum have recently revealed more preliminary details of the sports sedan that will be priced from USD30,000 (RM125,355).

First up, the Integra will be offered in three trim levels, including a base option, the A-Spec and the range-topping A-Spec Tech. All three will come with a CVT as standard, while the A-Spec Tech gets the option of a six-speed manual transmission. Both are paired with a high-output 1.5 litre VTEC Turbo four-cylinder engine that is also used by the Civic Si (200 hp and 260 Nm of torque).

Other details leaked are colour options for the exterior and interior, although the Integra Prototype’s yellow colour, which paid tribute to the Phoenix Yellow finish that was offered on the 2000-2001 Integra Type R, is missing in the list of choices. We’ll take these details with a pinch of salt for now, pending Acura’s official announcement.

The order books for the Integra will open on March 10, 2022, with the carmaker saying “a limited number of production units” will be available when the model goes on sale this spring. The Integra effectively replaces the ILX, which has been around since the 2013 model year.