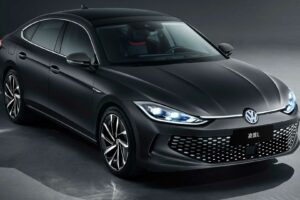 After Ford introduced the new Mondeo in China yesterday, another major automaker is presenting a product destined to be sold in the People’s Republic. In case you’re unfamiliar with the Lamando, it’s essentially a CN-spec Jetta sold by the local SAIC-VW joint venture since 2014. The compact sedan is evolving into a more attractive and practical vehicle for this sleek liftback with matrix LED headlights reminding us of the ID. electric models.

In other words, the Lamando L and Jetta have the same relationship as the bigger Passat and Arteon. At 4,784 millimeters (188 inches) long, 1,831 mm (72 in) wide, and 1,469 mm (57.8 in) tall, the car is substantially larger than the Lamando three-box sedan and has a more generous wheelbase stretching at 2,731 mm (107.5 in). Despite the larger footprint, it still remains smaller than the Arteon in all dimensions. 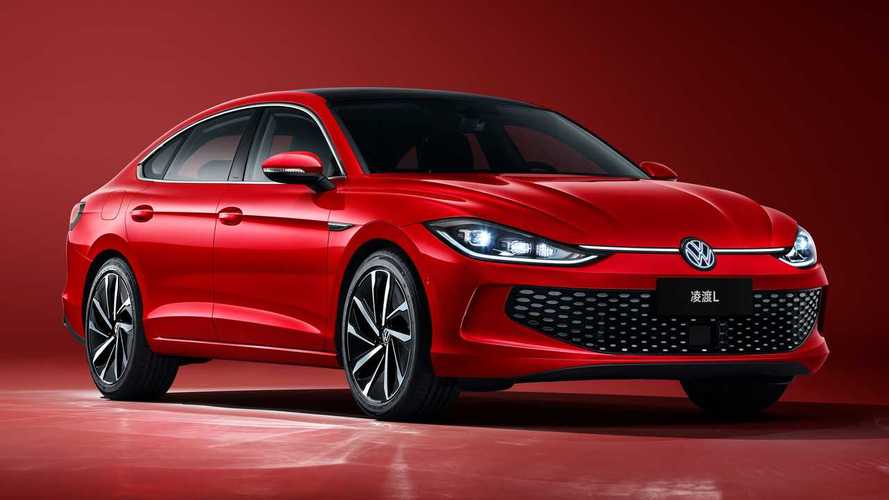 While the regular sedan is based on the MQB platform, its cooler cousin with frameless windows sits on the updated MQB Evo architecture introduced by the VW Group in 2019 for the latest Golf, Octavia, A3, Leon, and China’s Talagon fullsize SUV. Even though in Europe the lesser-powered compact cars sold by the German conglomerate are stuck with a torsion beam rear suspension, the Lamando L gets a multi-link setup as standard.

The sleek liftback with its somewhat devilish face rides on wheels up to 18 inches in size and is the latest model to adopt LED light bars at both the front and rear. The VW logo appears to be illuminated in white at the front and in red for the rear where the taillights might remind you of the Arteon-rivaling Peugeot 508. Overall, dare we say it’s one of the nicest designs we’ve seen in years from the VW core brand.

Stepping inside the cabin, the dashboard design sends out a strong Golf Mk8 vibe, albeit there are some changes to the central air vents and the very few buttons. The Lamando L comes nicely equipped with a Beats sound system, head-up display, sunroof, shift-by-wire DSG switch, electric front seats, and adaptive cruise control. In the back, there are dual air vents, a central armrest with two cupholders, and a pair of USB ports.

Power is provided by the familiar 1.4-liter TSI engine with 150 hp and 250 Newton-meters (183 pound-feet) of torque channeled to the front axle through a seven-speed, dual-clutch automatic transmission. The 2022 VW Lamando L hits 62 mph (100 km/h) from a standstill in eight and a half seconds, which isn’t great, but not terrible either. A more potent 2.0 TSI could follow later in the car’s life cycle.

Meanwhile, VW-SAIC will have the car on sale in China this spring, and you can still buy the standard Lamando.