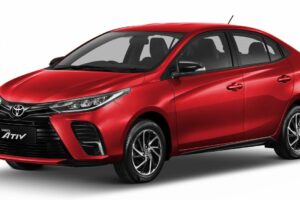 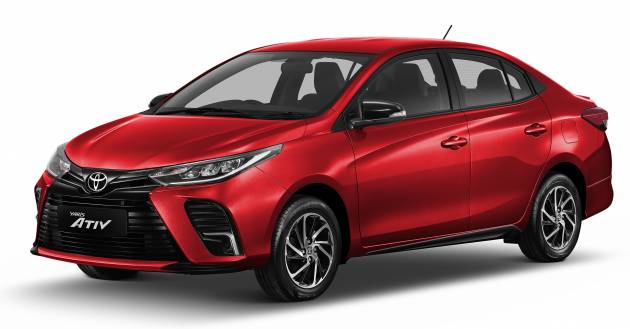 UMW Toyota Motor (UMWT) has begun teasing the new Toyota Vios ahead of its Malaysian debut, with a throwback to an old Malaysian commercial that was released in 2005 titled “Bait,” which you can watch in the YouTube video embedded below.

“Don’t be fooled by the serenity of your surrounding as what is to come will excite you, definitely,” the company wrote in the video’s caption, which shows a serene lake that has a “monster” coming out to wreck some warning signs.

We don’t get to see said “monster” or even a car for that matter, but the teaser is likely for the updated Vios that has already been launched in Thailand. Known as the Yaris Ativ over there, the B-segment sedan gets some styling and equipment changes.


Starting with the design changes, the latest Vios in Thailand gains wider fog lamp sections compared to the current model we have here. These accompany a familiar-looking upper grille and slatted lower intake, while the rear gets a tweaked lower apron and unchanged taillights. As for the interior, it remains pretty much the same as before.

In Thailand, the update for the Yaris Ativ finally sees the addition of the Toyota Safety Sense suite of safety and driver assistance systems, including Pre-Collision System (PCS), or autonomous emergency braking, and Lane Departure Alert (LDA). While these are new for the model there, our Vios already has them since December 2020 when the facelift was launched, and we even have the benefit of a blind spot monitor (BSM) with rear cross traffic alert (RCTA).

As such, we expect the new Vios coming our way to get the styling revisions and possibly some modest equipment updates. The mechanicals should stay the same, with a 1.5 litre 2NR-FE Dual VVT-i four-cylinder providing 107 PS at 6,000 rpm and 140 Nm of torque at 4,200 rpm – drive is sent to the front wheels through a CVT. We’ll have to wait for UMWT to reveal more information in the coming weeks to better understand why the new Vios is “irresistible as ever.”

On a distant note, a previous report from August suggests a next-generation Vios will make its global debut in the fourth quarter of this year. Codenamed D92A, the fourth-gen model is said to be launched in Thailand first in August and will be underpinned by the Daihatsu New Global Architecture. It’s been months since that report came out, but Toyota has not mentioned if this will actually happen.