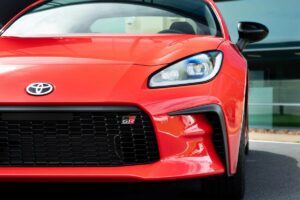 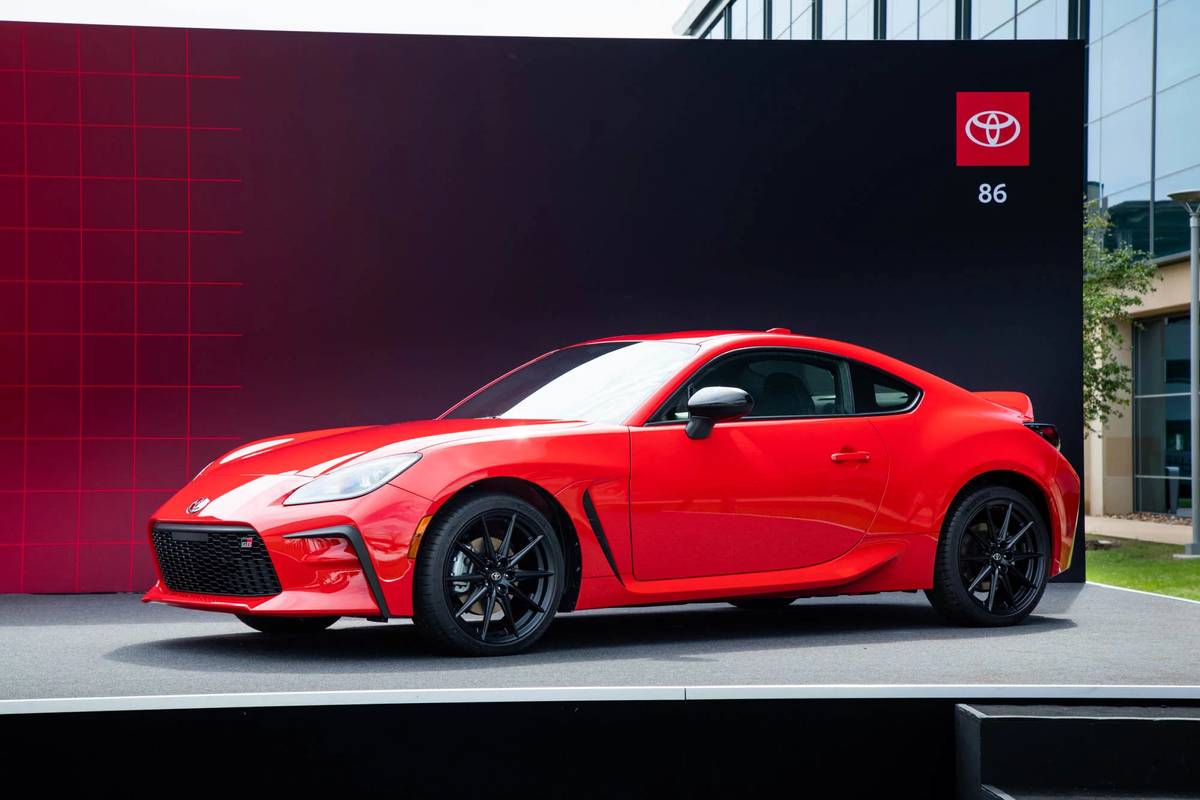 Horsepower is like ketchup: If a little is good, a lot is better. Same goes for torque. And the beautiful thing about the new 2022 Toyota GR 86 is that it has more of both, and at a more usable rev count than before, too. Toyota has renewed its entry-level sports car for another go-round, making some serious improvements and addressing an area that most enthusiasts felt needed to be addressed: acceleration.

How did Toyota do? We won’t know until we can get behind the wheel in anger, but we did get static seat time in the new GR 86 and came away eagerly awaiting our turn behind the wheel on a twisty, empty road somewhere.

It Starts With the Styling

The last Toyota 86 was … not the most stylish vehicle on the planet. The 2022’s styling updates go a long way toward improving the curb appeal of the GR 86, with bigger headlights, a larger grille, a racier back end and functional air vents Toyota says improves its handling. There’s a new ducktail spoiler out back, also functional. If you squint at it, you might see some resemblance to its big-brother-from-another-mother, the Toyota GR Supra, which itself is a cross-pollination of efforts between Toyota and BMW. The GR 86’s 17- and 18-inch wheels look good, too, and the overall look of the car is a definite improvement on the old model.

Do I think it’s as timelessly gorgeous as the latest Mazda MX-5 Miata? No, it still doesn’t compare well with that roadster’s iconic style. But it no longer makes me wince should one pull up to my local Cars & Coffee.

The interior also got a mild redo, but it’s still something of a plasticky hot mess. It’s been rejiggered with new gauges, new oddly retro-style digital displays and a lot of cheap-feeling drab plastic, but it’s still functional, cozy and surprisingly comfortable. It’s also still a 2+2, but don’t ask me why — those vestigial backseats are best suited for kids, but any kids young enough to actually fit back there should actually be in child-safety seats. A much better idea is to lower the rear seatbacks and use them as an extension of the trunk, as it considerably expands the GR 86’s cargo capacity to more useful levels.

The Real Magic Is Under the Hood

The one area Toyota needed to fix is the one area they seem to have, at least on paper. The old 2.0-liter boxer four-cylinder engine is bumped in favor of Subaru’s larger-displacement 2.4-liter engine, now making a stout 228 horsepower and 184 pounds-feet of torque. No, that’s still not a crazy amount of either of those things, but perhaps more important is that the engine now produces that torque at a much more usable 3,700 rpm, not the lofty 6,600 rpm of the old engine. This knocks nearly a second from the 0-60 mph time for the manual-transmission version (now 6.1 seconds) and more than a second off the automatic-transmission version (6.6 seconds), according to Toyota. The previous 86 had trouble getting out of its own way, so this new one should be a legit brawler, and much more fun on a twisty track or canyon road.

Sadly, that’s all we can tell you about the redesigned GR 86 so far. The rest will have to wait until we drive it, which we are eagerly looking forward to. The combination of newfound, more usable power and new styling should combine to make it more desirable than before. Now if only they’d finally do a roadster version to make a true Miata competitor …