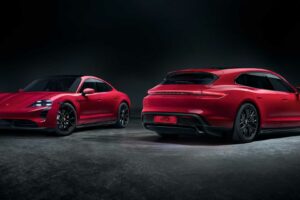 Porsche is gradually expanding the Taycan lineup to include more than a few trim levels and three body styles, much like the 911 is offered in a wide variety of derivatives. New for 2022 is the GTS, slotting between the 4S and Turbo to mirror the rear-engined sports car. As standard, the electric sedan features the front fascia of the SportDesign package from which it has also inherited the side skirts and the side window trim in glossy black.

The side skirts are adorned with GTS logos while the diffuser mounted at the back boasts a glossy black inlay. To spruce up the latest Taycan member, Porsche installs 20-inch Turbo S Aero Design wheels with a satin black finish you won’t be able to find on any other version. The company’s logo embedded into the LED light strip at the rear is finished in black, much like the matte black badge on the trunk lid, the matrix headlights, and the base of the side mirror caps. 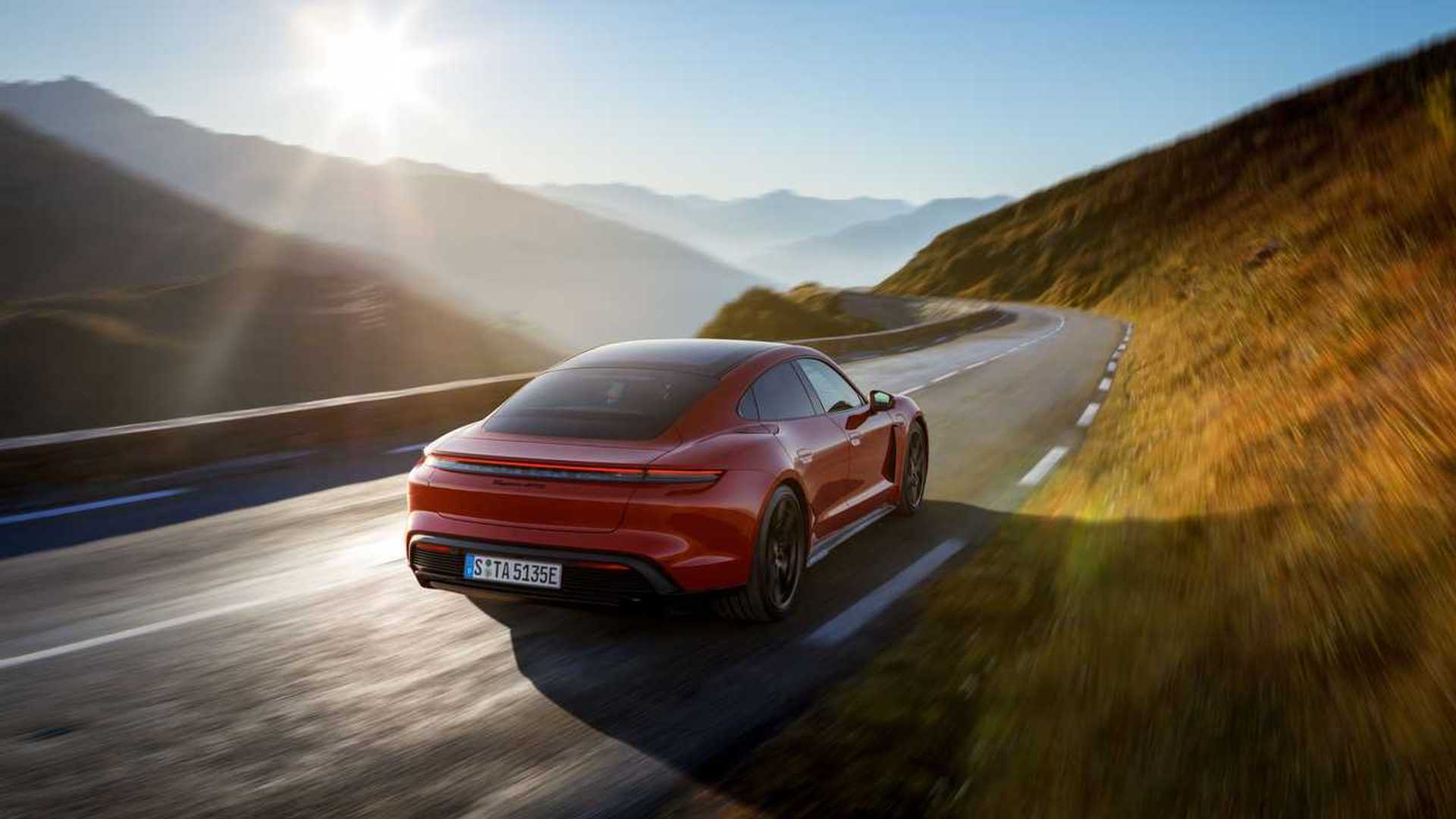 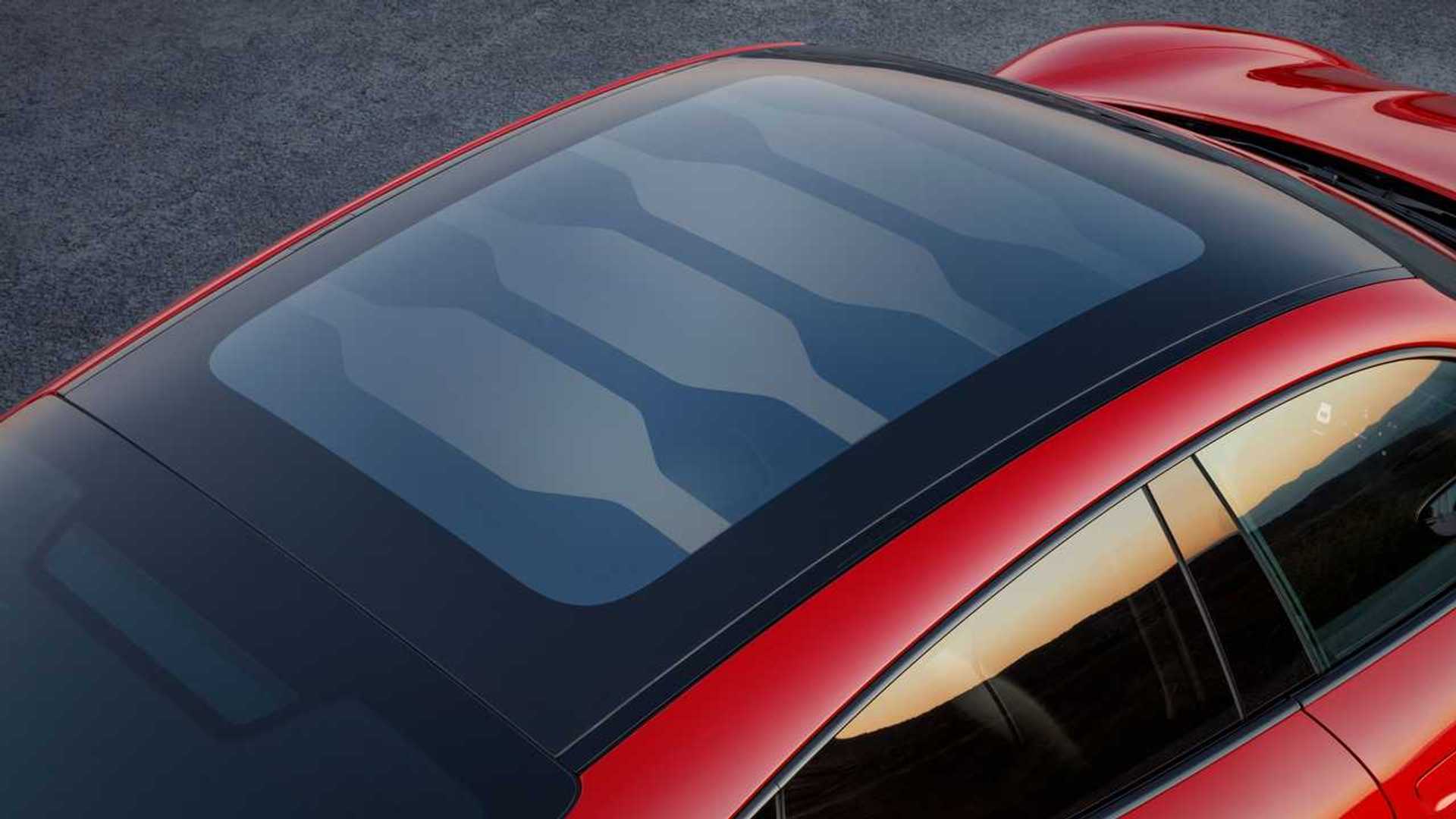 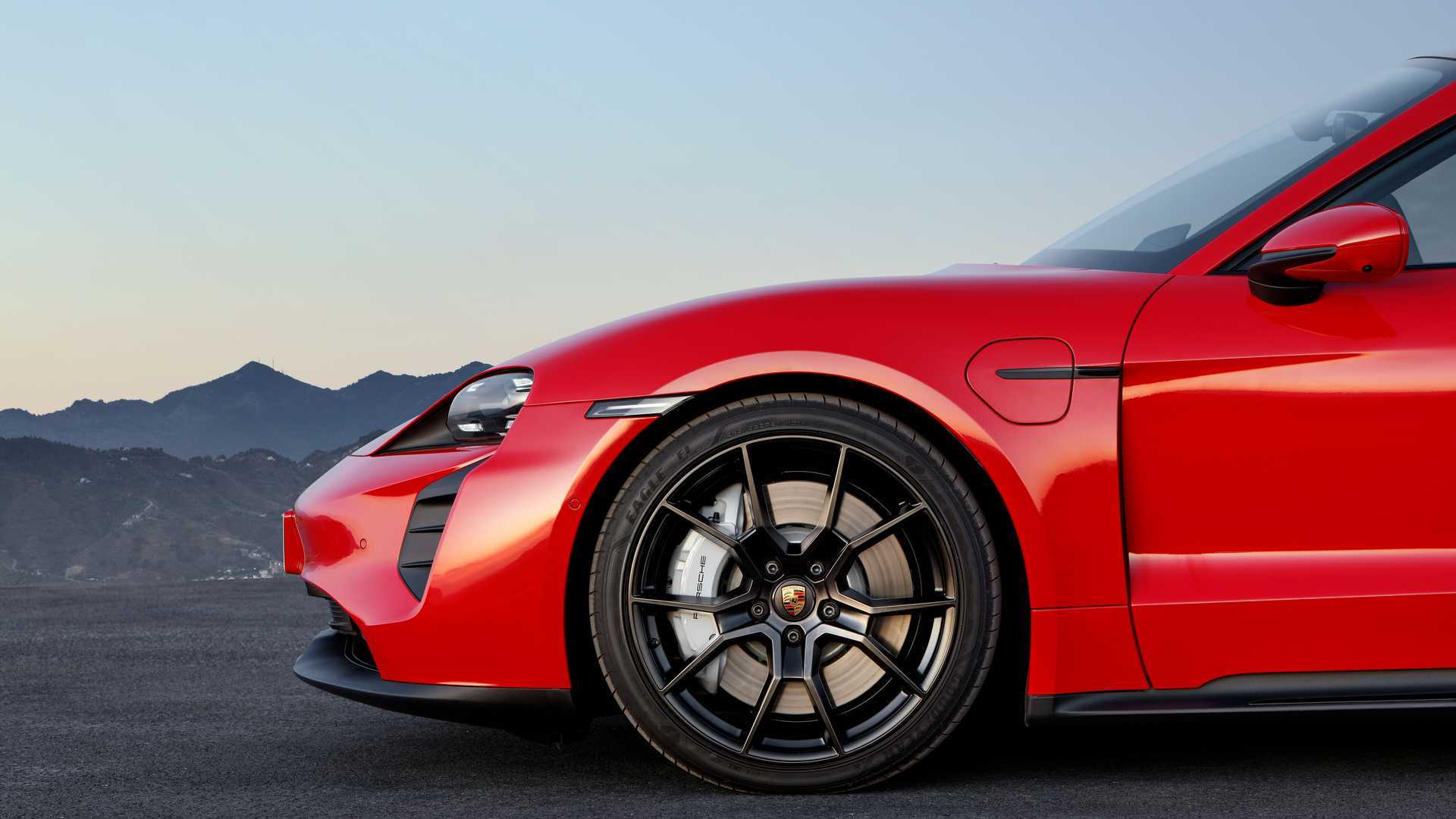 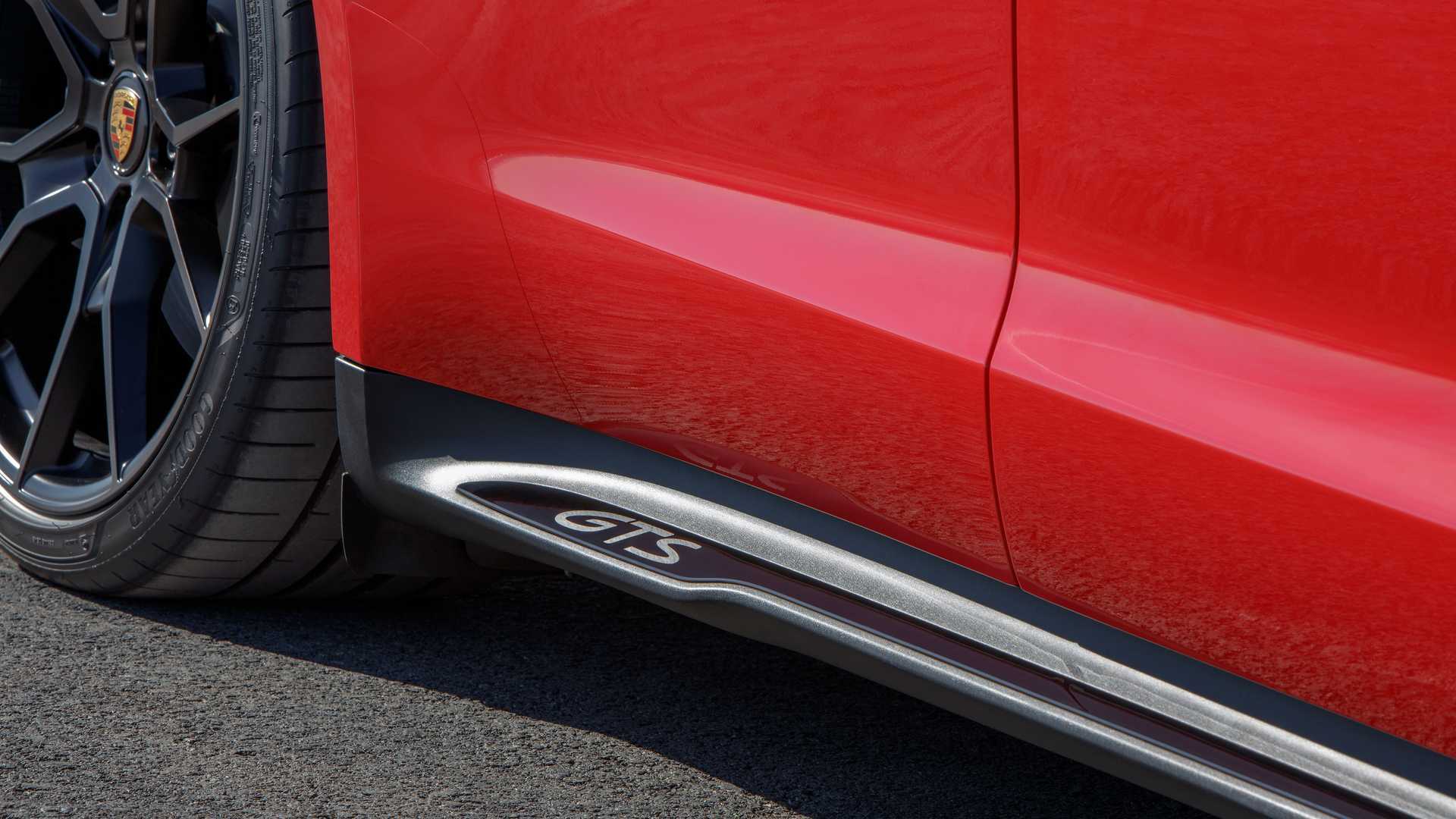 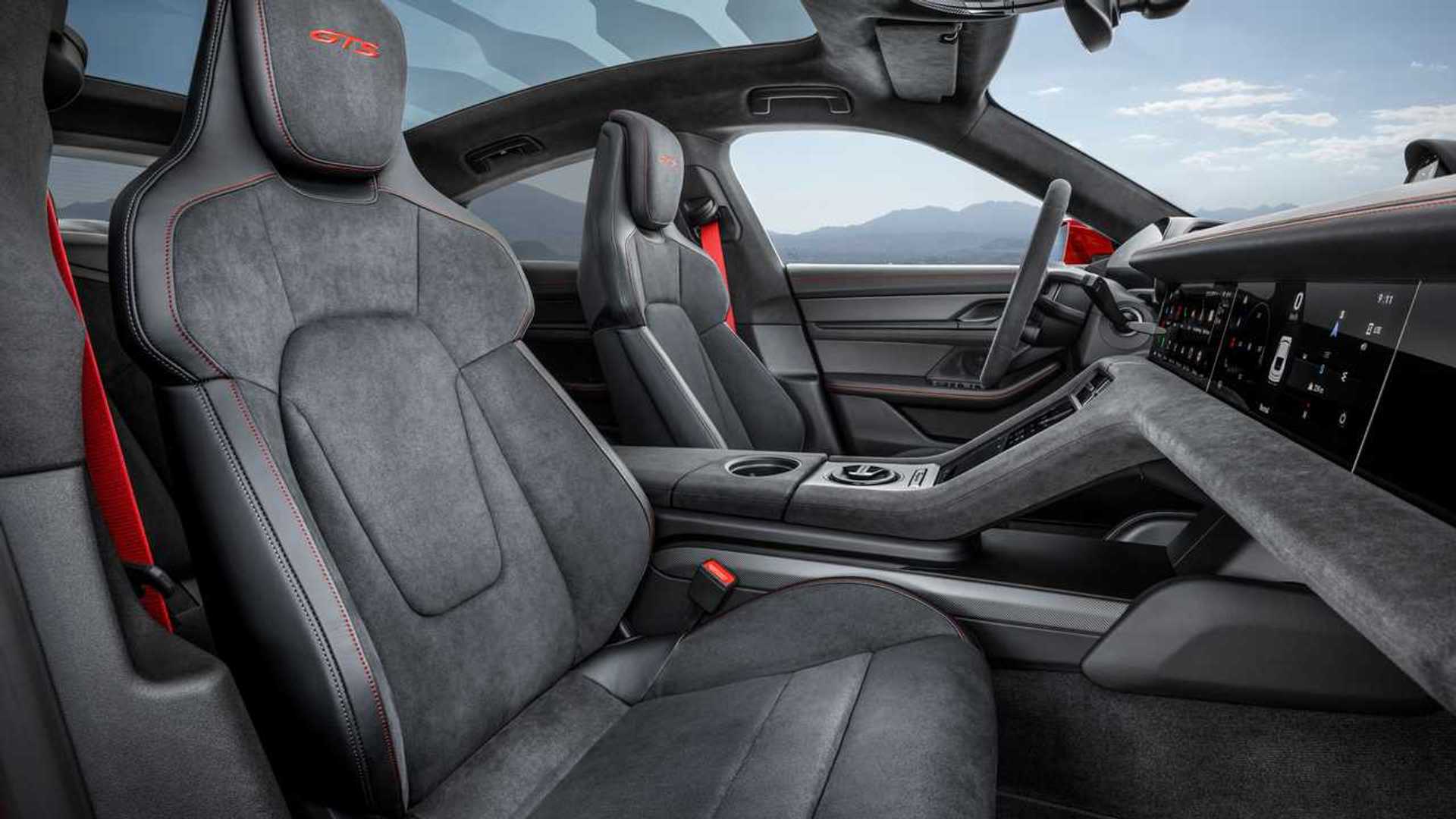 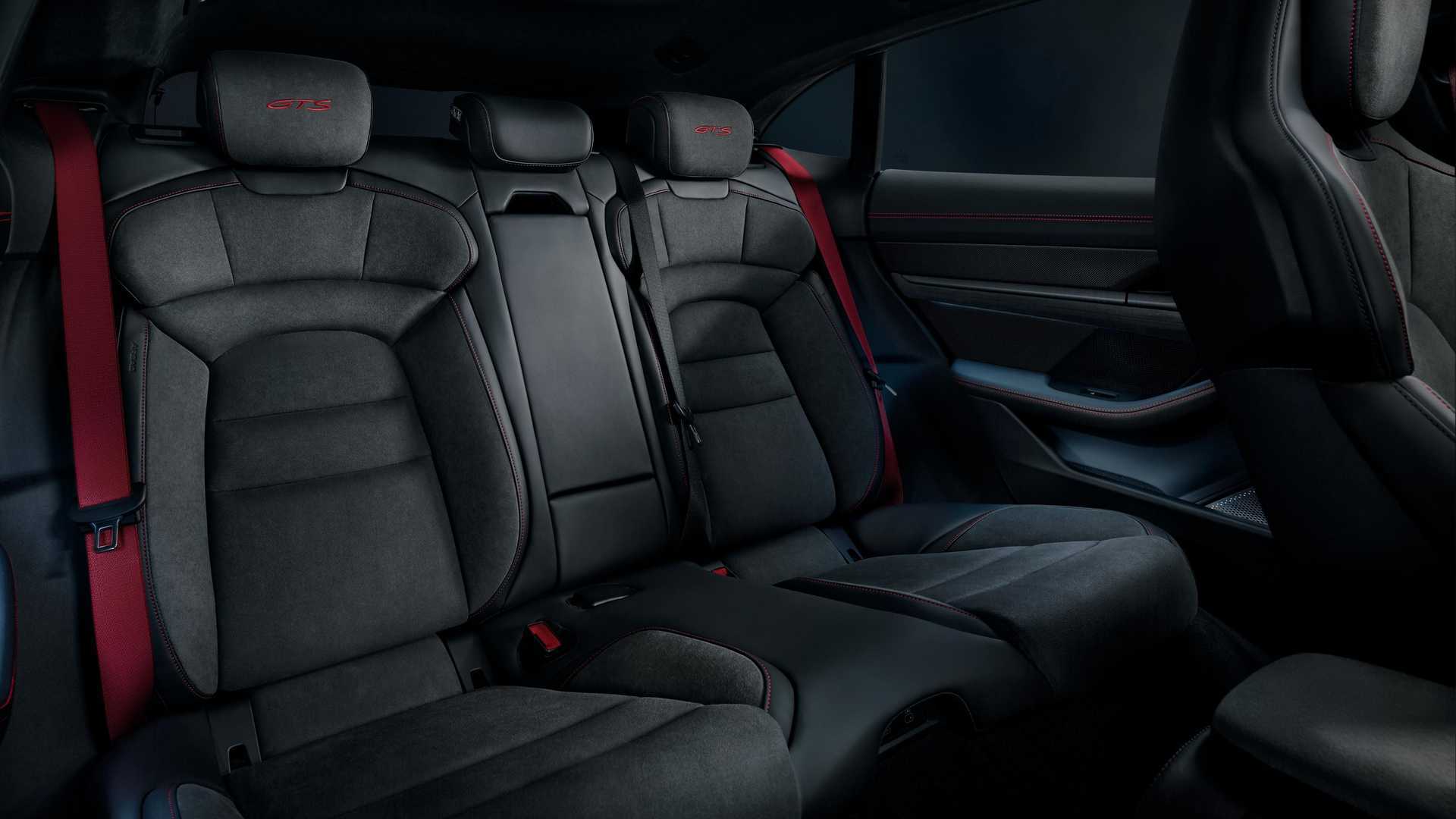 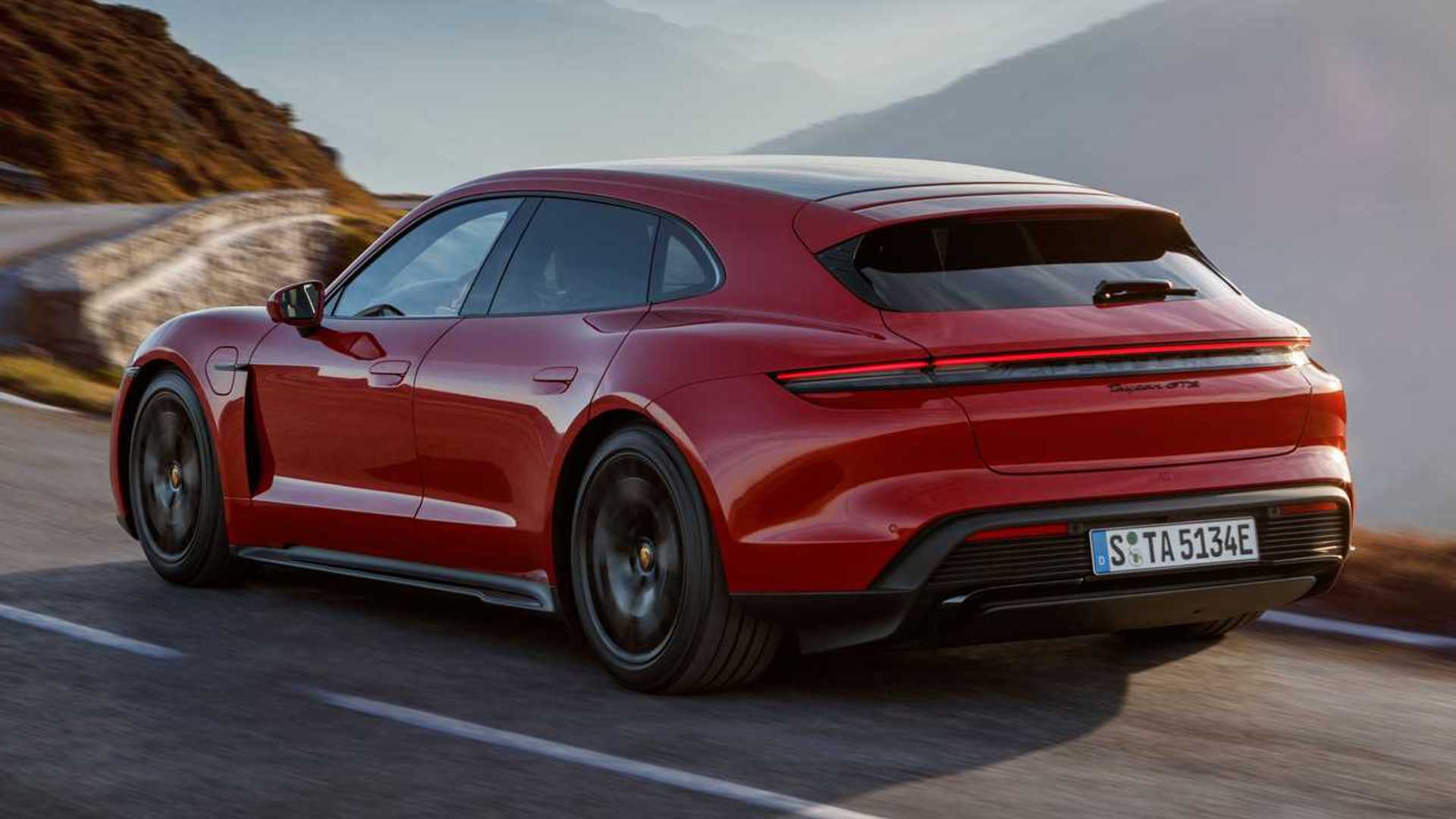 Let’s talk power. While the 4S below it packs 462 horsepower and the Turbo above it comes with 670 hp, the GTS hits that sweet spot in the middle with 590 hp (with launch control) for a sprint to 60 mph in three and a half seconds. The dual-motor, all-wheel-drive sedan gets the 93.4.-kWh battery as standard to echo the Turbo and Turbo S, with charging at up to 270 kilowatts to go from a state of charge of five percent to 80 percent in 22.5 minutes.

Porsche’s engineers borrowed the adaptive air suspension from the Taycan Turbo and adapted it in regards to tuning and calibration for the new GTS. You get the six-piston front red brake calipers of the 4S combined with 390-mm front rotors or 30 mm larger than those of the 4S. At the back, the size of the rotors has remained unchanged, at 358 mm. For superior stopping power, the optional carbon-ceramic setup will be offered.

The Taycan family is finally adding a Sport Turismo version without the jacked-up suspension and wheel arch cladding of the Cross Turismo. It has the same ride height as the GTS sedan to enable a lower center of gravity for sportier on-road performance. Another way you can distinguish it from the SUV-inspired version is by checking out the rear spoiler, now painted in the same color as the rest of the body.

Much like the Cross Turismo, you can get its road-focused sibling with a glass roof, but also a new panoramic roof featuring variable light control. The latter encompasses nine liquid crystal film segments in the roof and comes with four selectable modes, with matte being the default setting when you turn off the car. It can be had for the sedan as well, giving owners in both cases the possibility to pick from Clear, Matte, Semi (40 percent), and Bold (60 percent) patterns.

Porsche’s third body style for the Taycan can be optionally fitted with roof rails and the rear-mounted bike rack from the Tequipment catalog. Both GTS versions are available on order, with customer deliveries to start in the second quarter of 2022. EPA numbers will be released closer to the market launch.