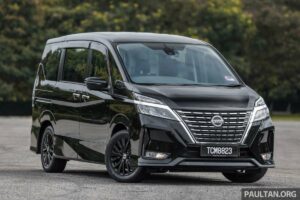 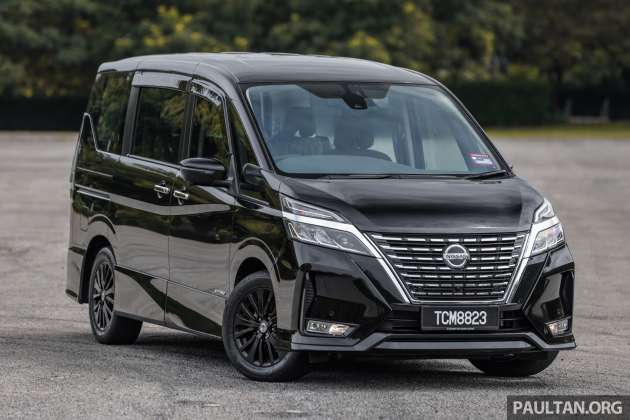 The facelifted C27 Nissan Serena S-Hybrid has taken some time to arrive on the Malaysian market, landing on our shores approximately three years after it made its global debut in August 2019.

Along with its refreshed exterior, the facelifted Serena brings the welcome addition of driver assistance systems including autonomous emergency braking, lane departure warning, blind spot monitoring, rear cross traffic alert, as well as driver attention warning on both Highway Star and Premium Highway Star versions offered on sale in Malaysia; it is the latter, higher-spec variant we are sampling here.

Where the wardrobe change for the C27 Serena is concerned, visual changes are rather sparing, though the front fascia that now gains a full-height ‘V-motion’ grille certainly adds to the seven-seater’s road presence, particularly when seen through a preceding vehicle’s rear-view mirror. What else has changed? Let’s find out. 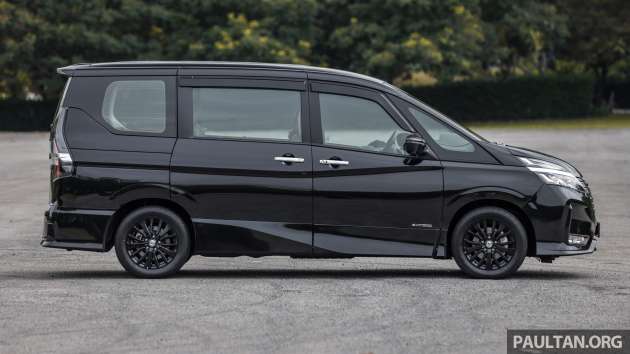 Further along the MPV, cues here that distinguish the Premium Highway Star from the Highway Star are wheels that are one inch larger in diameter at 16 inches, a Radiant Red exterior colour and a two-tone exterior paint finish that brings a contrasting black roof and pillars – at least when paired with any colour choice other than the Diamond Black selection of our test vehicle here.

More familiarity comes to greet the occupants of the C27 Serena facelift, particularly for those who are acquainted with the pre-update model. Up in the front row, the dashboard architecture has essentially been carried over, though the facelift’s infotainment unit now sports a very welcome larger screen.

It now measures nine inches, up from the previous 6.75-inch unit that to these eyes, also looked awkward with its bezel-within-a-bezel form. This current unit makes better use of the space, and looks better to boot. Second- and third-row passengers also benefit from a larger roof-mounted video monitor, which now measures 11.6 inches.

The second-row seats themselves feel largely unchanged from their predecessors in terms of cushioning and support, which is no bad thing as those were already very welcoming, and those were themselves a certain improvement over the perches in the previous, C26-generation model.

Moving on rearwards, the third row of seats are also reasonably accommodating given the relative confines of space in which they are located. Briefly sampled, our passenger reports that comfort in the outer seats are reasonable, though unsurprisingly flatter of cushion compared to the captain chairs just ahead. The middle seat should strictly be for very short trips, as adults will struggle to not foul the seat belt buckles when all three are in use. 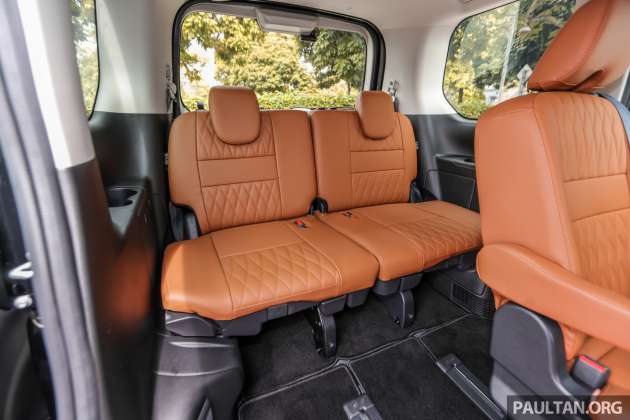 The theme continues for front-row occupants – more of the same, which is a good thing. Storage compartments are aplenty for the driver and passenger of the C27 Serena, continuing here in the facelift as the case has been in the previous iteration, where the conventional drop-down glove box is complemented by a pair of top-loaders – handy for your most-often used items as you enter and exit the vehicle.

Make no mistake about the lovely tri-spoke multi-function steering wheel, for that is about as sporty as the C27 Serena gets. As with the pre-facelift, the cabin environment is all about ease of use, entry and egress, and so the driver’s seating position is of the traditional MPV variety, which is to say it is upright, of a high hip point and not too much bolstering as to hinder entry and exit.

Sight lines from the driver’s seat are as before, from a commanding height and imposing little in the way of blind spots. Its exterior mirrors are well located, and when combined with a rather low-geared (slow) steering and a compact turning circle, makes for a very easy vehicle to position in a parking lot. 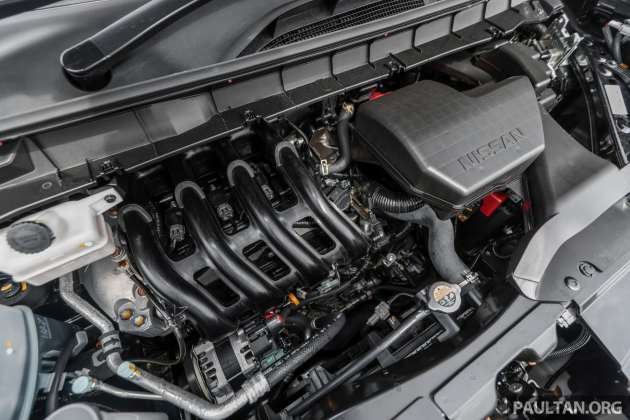 This of course, means that there is little sportiness to be found from exerting more upon the vehicle at higher speeds. The light, easy helm at parking speeds offers little in steering feel when plotting a line along highways, though gladly, the C27 Serena facelift also requires little steering correction at a cruise.

The mild-hybrid powertrain consists of an electric motor, which contributes 2.6 PS and 48 Nm, and a MR20DD 2.0-litre direct injection, naturally aspirated four-cylinder petrol engine that makes 150 PS at 6,000 rpm and 200 Nm of torque at 4,400 rpm. The output is par for the course for powerplants of its size and configuration.

Driving the front wheels through an Xtronic CVT, the response from the Serena facelift is more obliging rather than engaging, and the electric boost really is to aid setting off from a standstill. While it can sound laboured when given near-full throttle for overtaking, in reality the outputs on offer are sufficient, and therefore appropriate for its purpose.

In terms of the newly-available driver assistance systems for the C27-generation facelift, these bring an additional layer of reassurance. The value of these systems is certain, but for the most will go unnoticeable, as was the case during our stint with the MPV.

Lane departure warning is alert when the driver lets the vehicle get cosy with lane markings, though if your parking preference is to reverse in, rear cross-traffic alert won’t really see much action, as rearward vision through the Serena’s glasshouse is very good to begin with.

Still, where active safety is concerned in a road-going vehicle, especially one with urban-use emphasis, better to have and not need, than to need and not have. 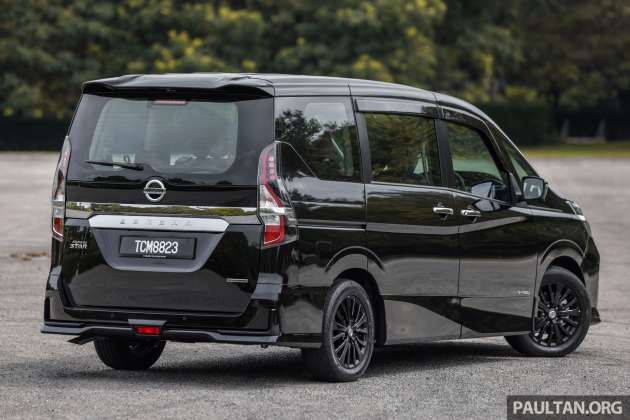 Sticking to a tried and trusted recipe

Drawbacks? If we were to nit-pick, perhaps its steering at highway speeds could be more assured, although doing so would mean compromising on the Serena’s very amenable steering manners in town, which leaves the helm largely unperturbed by speed bumps, odd cambers and all manner of creatively repaired roads.

Given its ‘Premium’ positioning, this higher-spec variant of the Serena could perhaps do with electric driver’s seat adjustment, if only to further uplift the sense of upmarket ambience for this seven-seater MPV. On balance, there isn’t anything wrong with the actual range of adjustment on offer, and the lack of electric adjustment is just a minor concession given the vehicle’s high utility value.