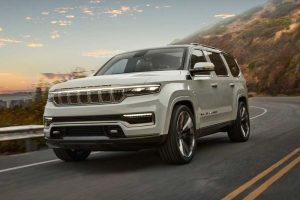 We’ve already seen the new Jeep Grand Wagoneer in concept form, and while we don’t expect the real deal to deviate too much from the preview, the full-size SUV flagship’s official reveal is only a week away. (We’ll also see the the slightly shorter-of-wheelbase, non-Grand Wagoneer.) But before we get to see the Wagoneer’s final form, Jeep has announced some of the new in-vehicle tech we can expect to see in the anticipated three-row hauler.

The Wagoneer and Grand Wagoneer will be the first cars to feature Amazon Fire TV for Auto. It’s a bit like Apple CarPlay and Android Auto in that it integrates well-known software with in-car hardware, but Amazon’s take is for passengers’ enjoyment, not for drivers or navigators. The system will integrate with the fifth generation of Jeep’s Uconnect infotainment system, and the focus will be keeping your occupants as occupied as possible via streaming video.

Remember how the Grand Wagoneer concept had four massive screens just in the driver and passenger area? The one in front of the passenger will no doubt be used for entertaining co-pilots. And though we didn’t get a look at the concept’s back seats, it’s (pretty) safe to assume that the Amazon Auto (that’s what we’re calling it, anyway, as “Amazon Fire TV for Auto” doesn’t exactly roll off the tongue) option will also feature screens for the rear passengers directly behind the front seats. Again, this is all running on the assumption that at least some of the Grand Wagoneer show vehicle’s screens make it into the production model, but rear-seat entertainment displays are almost a given.

Those who opt for Amazon Auto will have Amazon’s downright gargantuan library of movies, TV shows, music, and more to pick from on either longer journeys or even quick jaunts to the supermarket, if they so choose. The system will integrate with your Amazon account, meaning you can pause a movie at home and pick up where you left off once you get on the road. It seems like a pretty nifty option, but it does, in some part, beg the question “can your car be too connected?” That’s for you to decide. 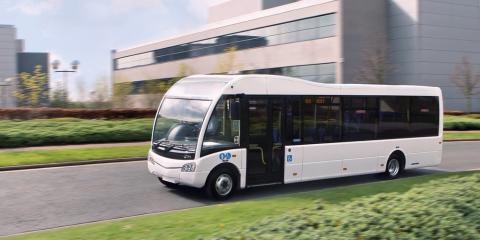