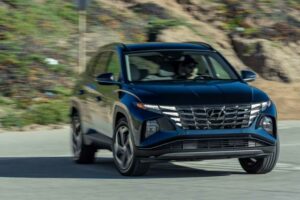 We’re slinking silently down a stretch of Southern California’s traffic strangled I-405 freeway in the plug-in hybrid version of the 2022 Hyundai Tucson, and for a minute, it’s as if we’re in an all-electric crossover. But then we hit the go pedal hard to fill a gap in traffic, its turbo-four wakes up, the six-speed automatic downshifts, and we’re suddenly back in the world of the internal combustion engine.

Such are the trade-offs you’ll experience in plug-in hybrids like the Tucson. It’s not a bad thing, mind you, just different, though as with all vehicles of this type, it’s how you drive them that determines how efficient they’ll ultimately be.

When you drive the Tucson plug-in hybrid in its all-electric mode (there are three drive modes in all: Automatic, Electric, and Hybrid) and have its 13.8-kWh battery pack topped off, Hyundai says you can eke out as much as 33 miles of electric-only range. Of course, that number will vary, as we found out during our time behind the wheel. But thanks in part to its 7.2-kilowatt onboard charger, if you have a 240-volt Level 2 wall box installed in your garage, Hyundai says you can charge the battery in as little as two hours, so filling it up with electrons at home is relatively quick. Regenerative braking also helps put power back into the battery.

As far as the powertrain goes, the company’s 1.6-liter turbocharged inline-four with 180 hp and 195 lb-ft of torque is the 2022 Hyundai Tucson plug-in hybrid’s gas-powered heart. Add in the power from its 66.9-kW permanent-magnet synchronous motor mounted at the rear axle, and those numbers rise to an estimated 261 horses and 258 lb-ft all in, which is the most any version of the Tucson offers. Power is routed to a six-speed automatic transmission, and all Tucson plug-ins come with Hyundai’s HTRAC on-demand (mechanical) all-wheel-drive system as standard equipment.

How Well Does the Tucson Plug-In Perform?

What does that mean for its overall performance? We took the 2022 Hyundai Tucson plug-in hybrid to the test track to find out. With the battery at 95 percent charge, it launched under EV power at first and then the engine kicked in later in the run, which we clocked at 7.1 seconds from 0 to 60 mph and 15.3 seconds at 92.2 mph through the quarter mile. That’s far better than the 2022 Tucson HTRAC we tested with the 2.5-liter inline-four (9.3 seconds), though it was a fair bit off of one of its primary competitors, the 2021 Toyota RAV4 Prime plug-in, which we recorded at an impressive 5.5 seconds to 60 mph. But it did outperform its other main bogey, the 2021 Ford Escape plug-in, which reached the 60-mph mark in 7.7 seconds during our testing.

Stopping power of the 2022 Hyundai Tucson PHEV is more than acceptable for a 4,179-pound crossover, with 124 feet required to haul down from 60 mph to 0. That distance essentially splits the difference between the lighter Ford (123 feet) and the heavier Toyota (127 feet). The brakes performed well despite a steeper than normal initial push before they began to bite.

But the Tucson plug-in’s dynamic performance really brought out the kudos from the MotorTrend test team. Road test director Chris Walton had this to say about the Hyundai midsize crossover after his time wringing it out at the track: “Wow, a much sportier experience than I had anticipated. I found it easy to trail brake into the skidpad, and lateral acceleration registered 0.83 g average. In Sport mode, the steering feels unnecessarily heavy; I prefer the feel of it in other modes. Very mild but predictable understeer on the skidpad, and good acceleration off the corner. It covered the figure-eight course in 27.3 seconds at 0.63 g average. Well done, Hyundai.”

How Efficient Is the Tucson Plug-In?

Although we were surprised by its track performance, when you pit it against its plug-in hybrid crossover competitors in the EPA efficiency arena, the 2022 Hyundai Tucson PHEV brings up the rear. The lighter Ford Escape PHEV carries an EPA-rated 105 mpg-e combined figure, followed by the Toyota RAV4 Prime AWD at 94 mpg-e. The Tucson PHEV AWD checks in at just 80 mpg-e, largely because its six-speed transmission setup is less efficient than the e-CVT setups Ford and Toyota use.

There are trade-offs to be sure, another being that today you can only get the Tucson plug-in in the most expensive trim levels like the Limited we tested, and only with all-wheel drive, which guarantees you’ll pay more than $40,000 to get into one. On the plus side, you should be able to take advantage of government tax breaks to offset the upcharge.

Lots of Good Stuff for the Price

The good news is that the extra scratch you pay for the Tucson PHEV Limited nets you an impressive-looking package in the cabin with a highly functional 10.3-inch instrument panel featuring screens designed to help you better understand how well you’re doing in terms of efficiency, complemented by a 10.3-inch infotainment screen and upscale leather seating. It’s also loaded to the gills with safety technology, an advanced stop-and-go adaptive cruise control system, and Hyundai’s Smart Park, to name a few.

When underway, the Tucson plug-in pulls away from stoplights stealthily yet with authority when you desire a quick pace, and if you want to play a bit, there’s a Sport mode with paddles to wind through the six gears. At freeway speeds it happily moves along, and when the road gets rough and rugged, the Tucson plug-in hybrid is more than adept at soaking up imperfections and keeping impact harshness at bay. In essence, it’s what you’d expect a family-friendly crossover to deliver in the ride and handling departments.

But this vehicle is at its best when you take it easy and use it for what it’s meant to do, which is to maximize your opportunities to increase efficiency. Because in the end, plug-in hybrids like the 2022 Hyundai Tucson PHEV are all about using those precious electric-only miles to your advantage. 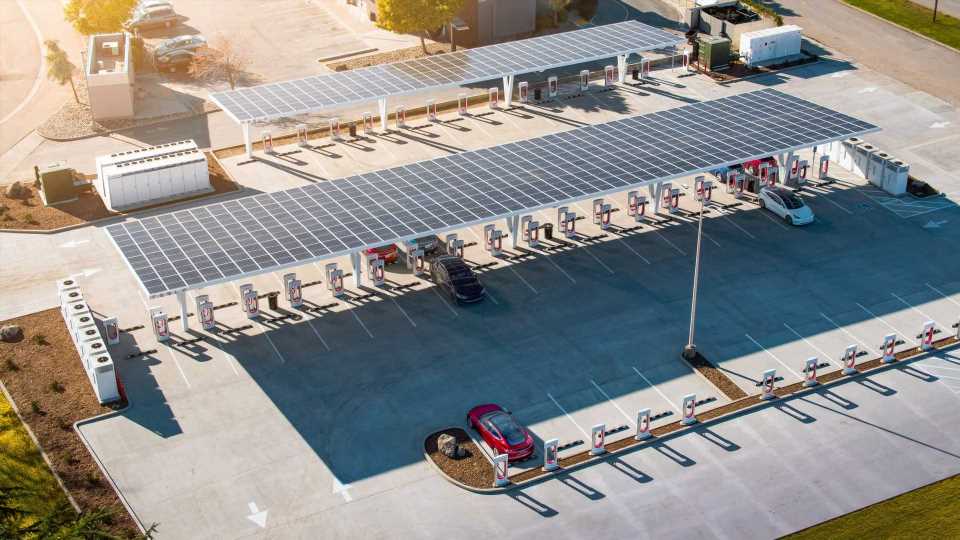