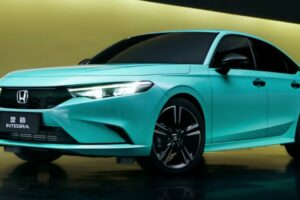 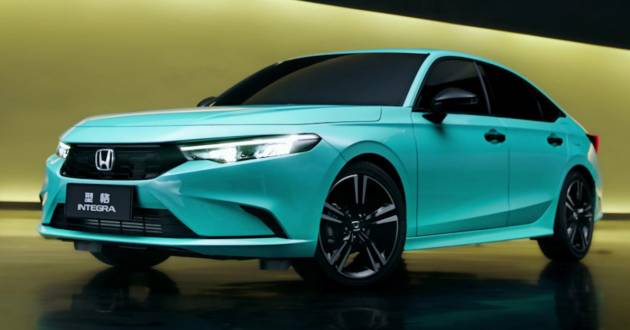 This is the new Honda Integra, and no, this isn’t precisely the Integra that was first teased by Acura back in August, which is only set to debut in 2022. Confused? Let us explain.

The Integra seen here will go on sale in China in the fourth quarter of this year and is essentially the 11th-generation Civic, but with a new name and some styling tweaks. Why not just call it a Civic then? Well, that’s because there’s already a Civic in China, which is built by Dongfeng Honda, a joint venture between Dongfeng Motor Group and Honda Motor Company.

This alternate version of the Civic is built by Guangqi Honda (GAC-Honda), which is another joint venture that the Japanese carmaker has with GAC Group. The company decided to bring back the Integra name for its take on the Civic, as it says it will better appeal to young consumers.

Having two almost identical Honda models with different names is nothing new in China, as we’ve seen with the GAC-built Vezel (we know it as the HR-V) and Dongfeng’s XR-V. Other examples include GAC’s Breeze and Dongfeng’s CR-V.

With that cleared up, let’s talk about the Integra itself. Still recognisably a Civic, the most notable styling changes can be seen at the front, where there is now a normal six-point grille instead of a body-coloured bar. This is flanked by slimmer headlamps, while the lower apron gets a smaller intake and more subtle fog lamp sections.

Moving to the rear, you’ll find distinctive inverted L-shaped taillights that extend into the boot lid, meeting up with the sharply creased number plate recess. Based on these photos and images from China’s ministry of industry and information technology, the rear apron will come in two flavours.

The standard car gets an aggressive rear bumper with vertical reflectors, a centre fog light and a large black insert that shades twin tailpipes. There’s also a sporty option that swaps out the insert for a diffuser-like element, also in black, and adds on chrome finishers to the exhaust outlets. 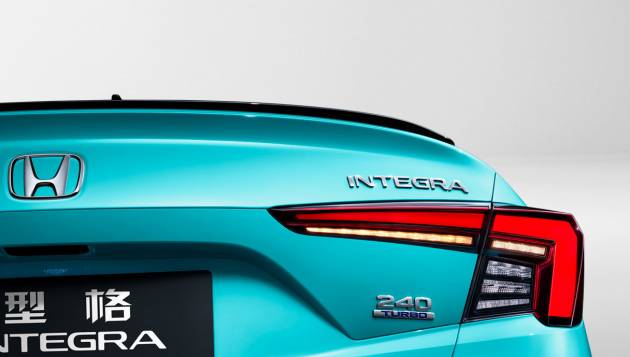 Detailed specifications aren’t out yet, but based on the “240 Turbo” badging, it’s likely motivation will come from the usual 1.5 litre VTEC Turbo four-cylinder engine (in the higher 182 PS specification available for the Civic globally), paired with a CVT to drive the front wheels. There are also two colours offered, including Emerald Blue and Fiery Yellow.

Other features noted in the ministry’s documents include wheels ranging from 16 to 18 inches in size, LED headlamps, the Honda Sensing suite of safety and driver assist systems, black-coloured exterior items and leather upholstery. We’ll only know more when the car is properly launched later this year.

So, what are your thoughts on the China-market Integra? Is it better-looking than the regular Civic? Should the name even be used at all? Let us know what you think in the comments below.